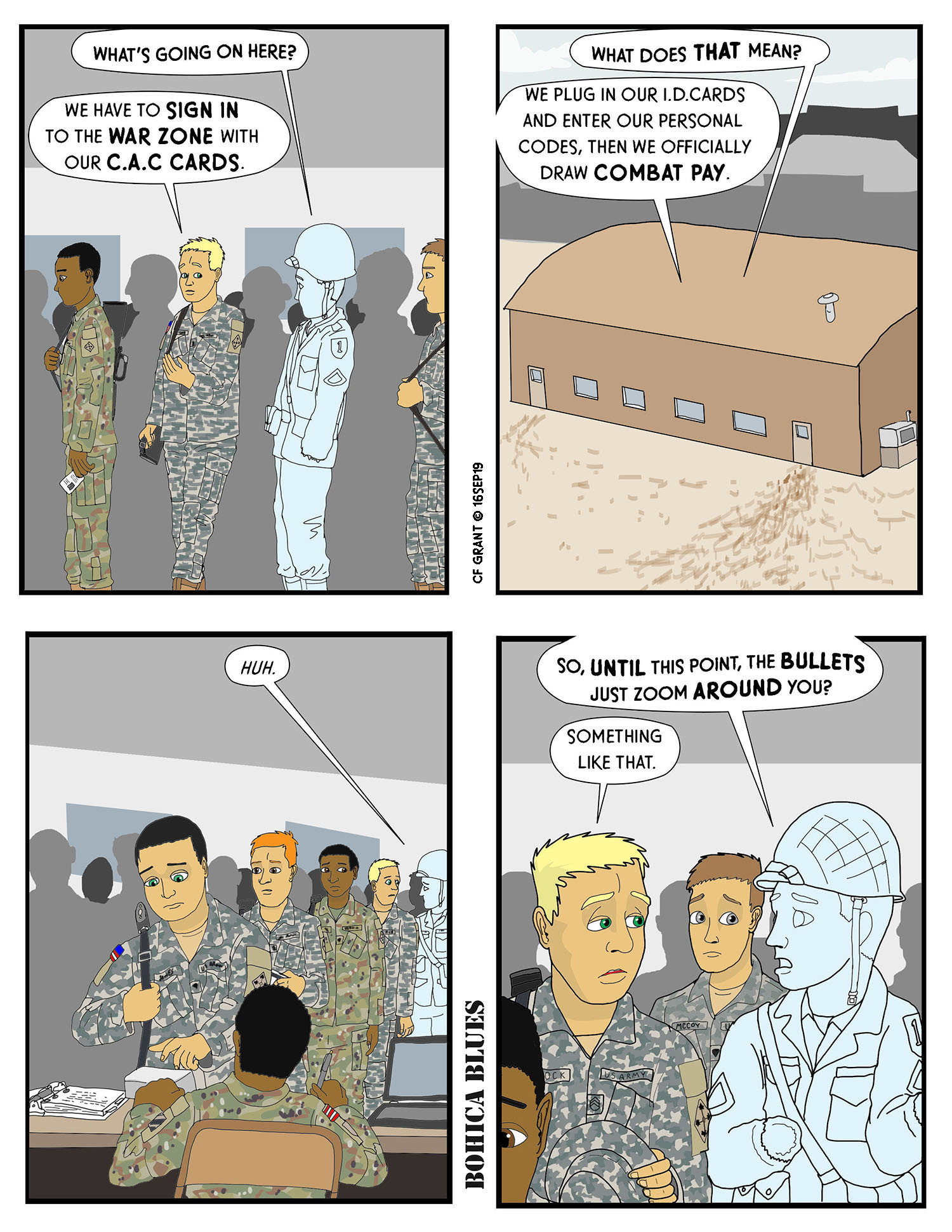 One of the more surreal moments I had in my deployment was the official “signing in to the war zone” moment. My memories of Kuwait are very fuzzy; I swear at times I was sleeping in a large tent as a group and then some other time I am certain we were all in some big warehouse. I am probably mixing up portions of my “going in” memories with my “coming out” memories; after all, going in and out of Kuwait were turbulent times of high stress and emotion. Sometimes those emotions were worry, and sometimes they were relief.
But regardless, I do recall the “signing in” to the war zone part. It was weird to be in Kuwait and only after a few says, before going into Iraq itself, did we “officially” recognize that we were entering a dangerous realm, and our signatures were required to acknowledge this. It was much like this, where we stood in line and inched our way forward, put in our cards, punched in our PIN numbers like we were withdrawing a few dollars at a bank ATM, and we were officially in a war.
“Ready player 16,236”, right?
Anyhow, “C.A.C cards” stands for “Common Access Card” and yes, by saying “CAC Card” (pronounced like “Kack Card”) we know that we are technically saying “Common Access Card card” but that is the way it has been internalized. It’s our card for signing in to computers and things like this –any time we need to confirm our identity.