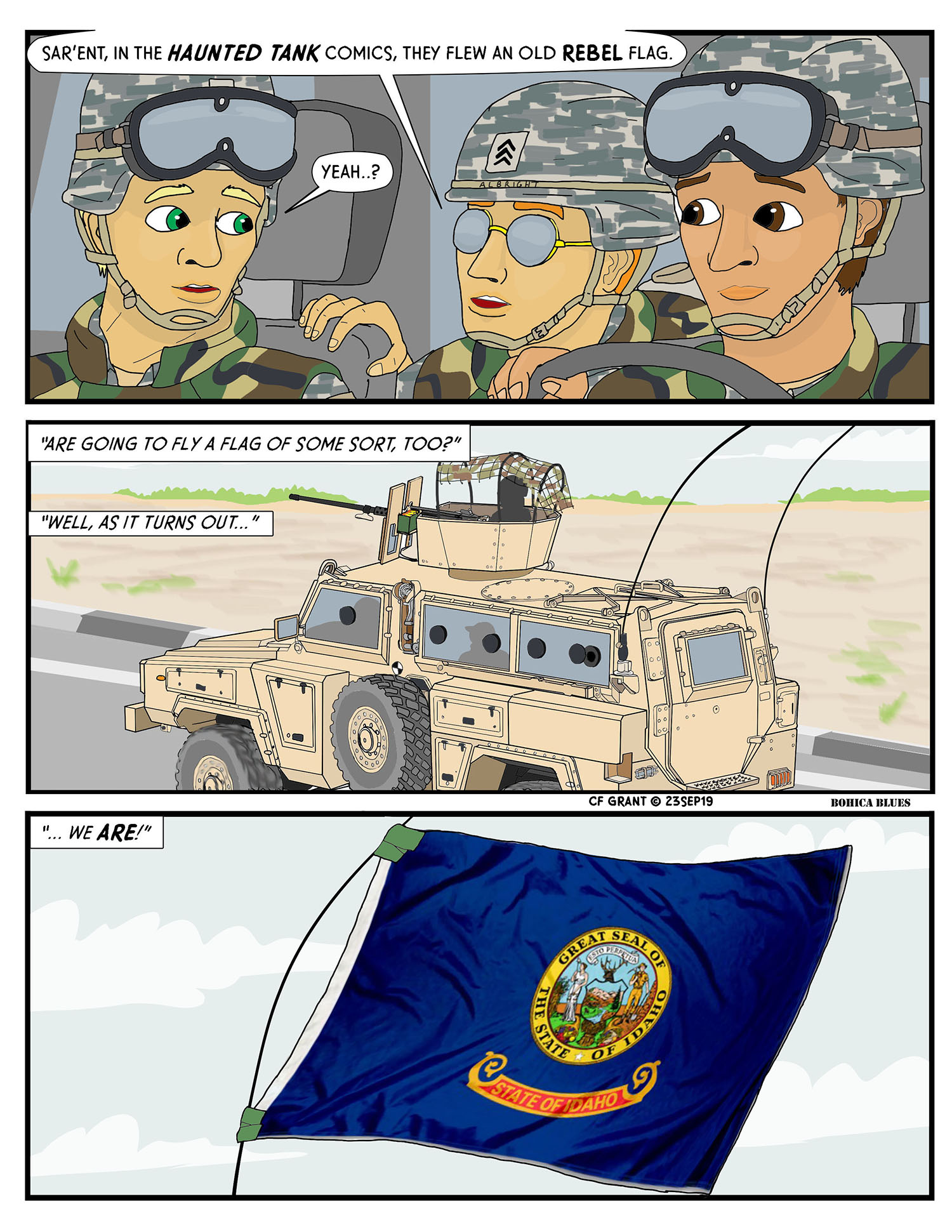 Okay, obviously not a joke with a punchline; I just wanted to give a shout-out to my home state of Idaho. I remember growing up here and I could not wait to get out. Everything felt claustrophobic and small and there was no sense of direction or purpose. Getting out of High School it seemed that the only choices were being a burger-flipper or going to Boise State University– which some of my family did. But I’d just gotten my parole from 12 years of public education and the idea of sentencing myself to another four just seemed unbearable.
So, I joined the Army. I only spent a brief enlistment in Active Duty Infantry but that was enough to leverage me out of my small-town doldrums and get me out into the world. I lived in other states, then eventually in other countries, and got to learn a lot. It’s changed me over time, and yet one of the strangest things that I never expected was how much a like being back here.
I thought I would walk away and close the door behind me and never look back. I never made any effort to return, I just kept coming back after each new adventure (or misadventure, as well) and one day I realized that it was really nice here. It isn’t the “Big City” or the “exotic and foreign”, but it’s home, and it took me many years of traveling to appreciate it.
So the guys will fly the home state flag while they’re in Iraq, and remember home (also a good way for the audience to keep track of which RG-31 belongs to our guys). And while Patterson is originally from Wisconsin, his wife is now living in Boise, which is probably where they will settle in the long run.
There’s no place like home.