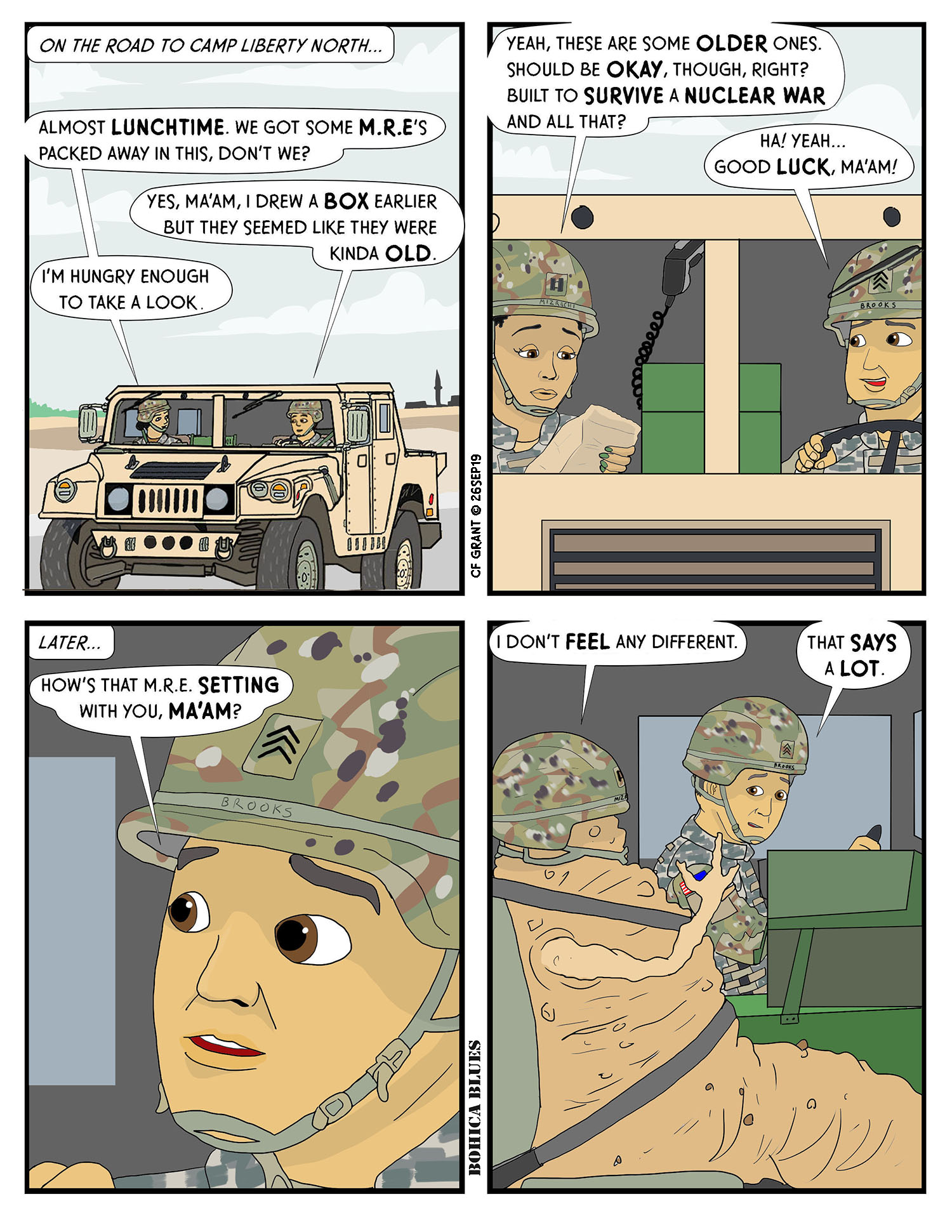 Man, sometimes you find those MRE’s (“Meals, Ready-to-Eat”) and you just dig right in… but later on, you regret it. That heavy, blobby, blubbery feeling sets in, you can feel yourself turning to some sort of gelatinous goop… and if it’s an older one, there’s always that sense of uncertainty in the back of your mind, that unsettling feeling of “was that still good? Was that ‘spicy’ or botulism? Wasn’t this how a zombie movie infection started?”
For the record, CPT Mizarchi did not turn into a giant poop; although she may feel like it. A long time ago I did a stand-alone comic about someone eating school cafeteria food and turning into a carnivorous blob creature as a result. It wasn’t until after I drew this that I thought, “hmmm, someone might think it’s supposed to be a poop”. Nope, because everyone knows that after you eat an MRE, poop is probably at least a week away.
But what’s even worse is that she has obviously done this (eat an MRE) so many times that the resultant mutation doesn’t feel odd or out of place at all. Time for a break, Ma’am.
What’s the worst reaction you ever had from an MRE?