But Will It Be On The Michelin Guide? 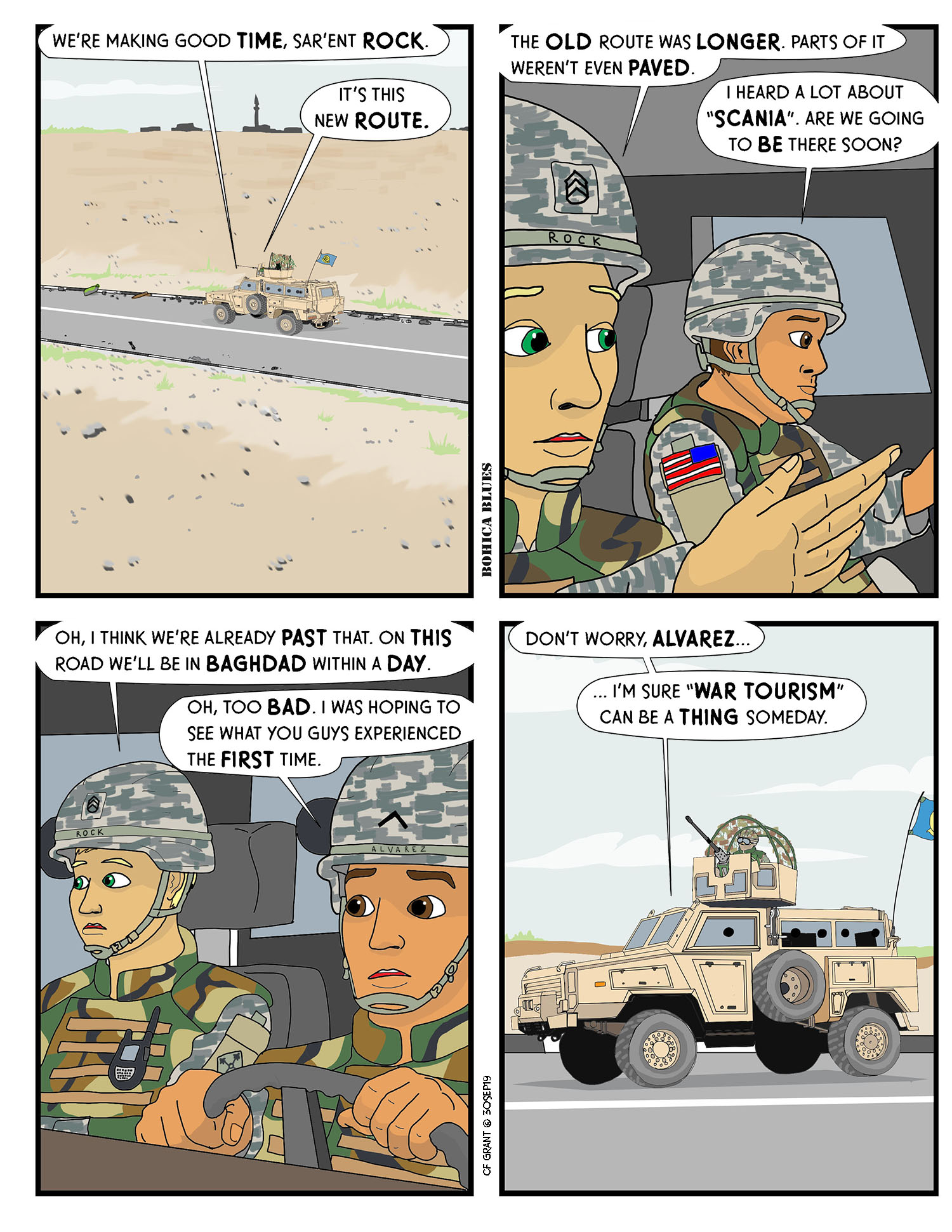 But Will It Be On The Michelin Guide?

Believe it or not, I think “war tourism” is already sort of a thing among certain people. I’ve heard that there are people willing to pay to visit active conflict zones, and I don’t mean as part of international relief aid groups or non-governmental organizations trying to alleviate or calculate suffering… nope, people who just want to see the crap unfolding with their own eyes. I don’t know if this is actually happening or if it is just a disdainful way of describing people who are *supposed* to be doing aid & relief work but just end up sitting around, but… whatever. Good luck out there.
On the one hand, I understand the “new guys” want to see what the “old guys” were talking about. New guys come into a unit and there’s tales of old adventures and places seen, and they are curious about these places too. “Scania” was one of those places that a lot of us on the early rotations visited, a half-way point on the road to Baghdad that we overnighted at. I did a comic about Scania earlier during the first rotation, but eventually convoys stopped going there because roads (and road conditions) improved. Sure, a few continued to stop there and FOB Scania stayed open for a long time even after it stopped being a regular stopping-over point, but it was no longer one of those common reference points that so many of us experienced.