You Can’t Go Back Again 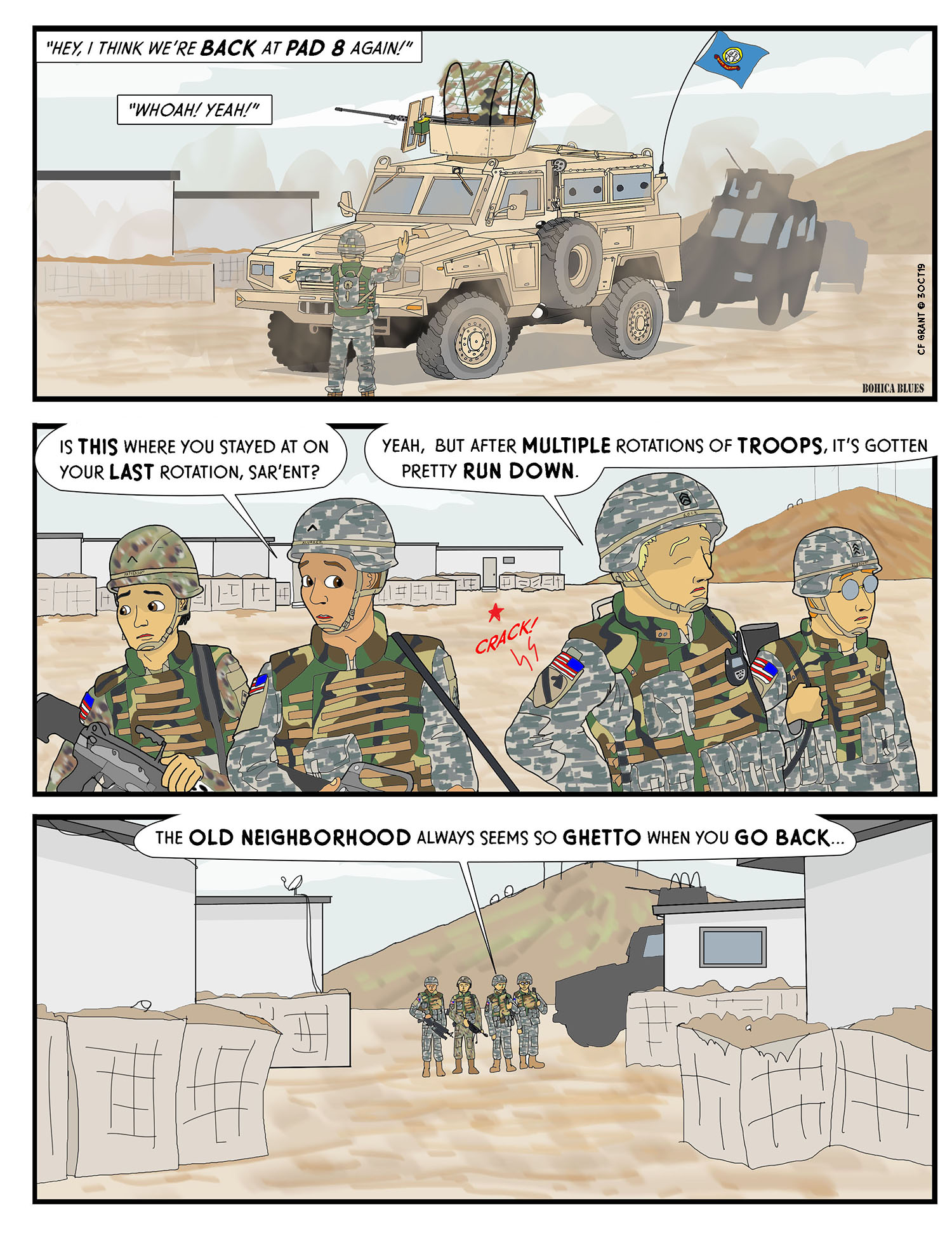 You Can’t Go Back Again

Man, you ever go back to an old house or old school or old neighborhood and think about how different it looked? I’m not talking about the old “it seems smaller than I remember” feeling– that is only normal as we go through life and we (and our perspectives) grow. I mean you go back to some old place where you had a lot of memories and realize how *normal* it looks… how pedestrian things seem, maybe even run down? The little creek that once seemed like a cool little rustic touch is now just an algae-choked runoff; the neighbor’s blinds are now all rickety and stretched apart and the you suddenly notice the exposed wires or chipped & faded paint and whatnot…
Now I can’t help but wonder about going back to a place you might have once deployed to, and seen it again. Were the structures as strange and maybe alien, or in the case of an old base, did they seem as comforting and secure? Maybe you suddenly noticed new flaws or dangers, or instead saw something that doesn’t seem so troubling the second time around?
Here I admit I am at a disadvantage: I went to Iraq once during the 2004-2005 time period, but that was it. The vehicles changed, the setting changed, the places changed, but my memories are stuck in that one time period. What was it like in, say, the 2008 to 2009 time period?
BOHICA Blues takes place “a few years ago” but I play around with the time. The biggest difference will be the uniforms– in BOHICA Blues, the OCP uniform (popularly known in the civilian world as “Multicam”) is already being worn by some troops, but in reality it was going to be a long time before it was widely fielded outside of Afghanistan. I am accelerating the time period for the OCPs because, frankly, I hate the digital ACU, or Army Combat Uniform. Many readers here probably are aware (and celebrating) the fact that the ACU camouflage was retired, the “drop dead” date was about a week ago. So in that sense I am completely out of time with actual events.
I have no idea if Camp Liberty was still using trailers around 2008 to 2009, the old satellite images say “yes” but that just tells me that trailers were present, not that they were used to house US troops. They may have been used for Iraqi troops or even just for material storage.
Let me know in the comments what sorts of profound changes struck any of you guys or gals that deployed a second time, especially if after a couple years had passed between deployments.
Take care out there!