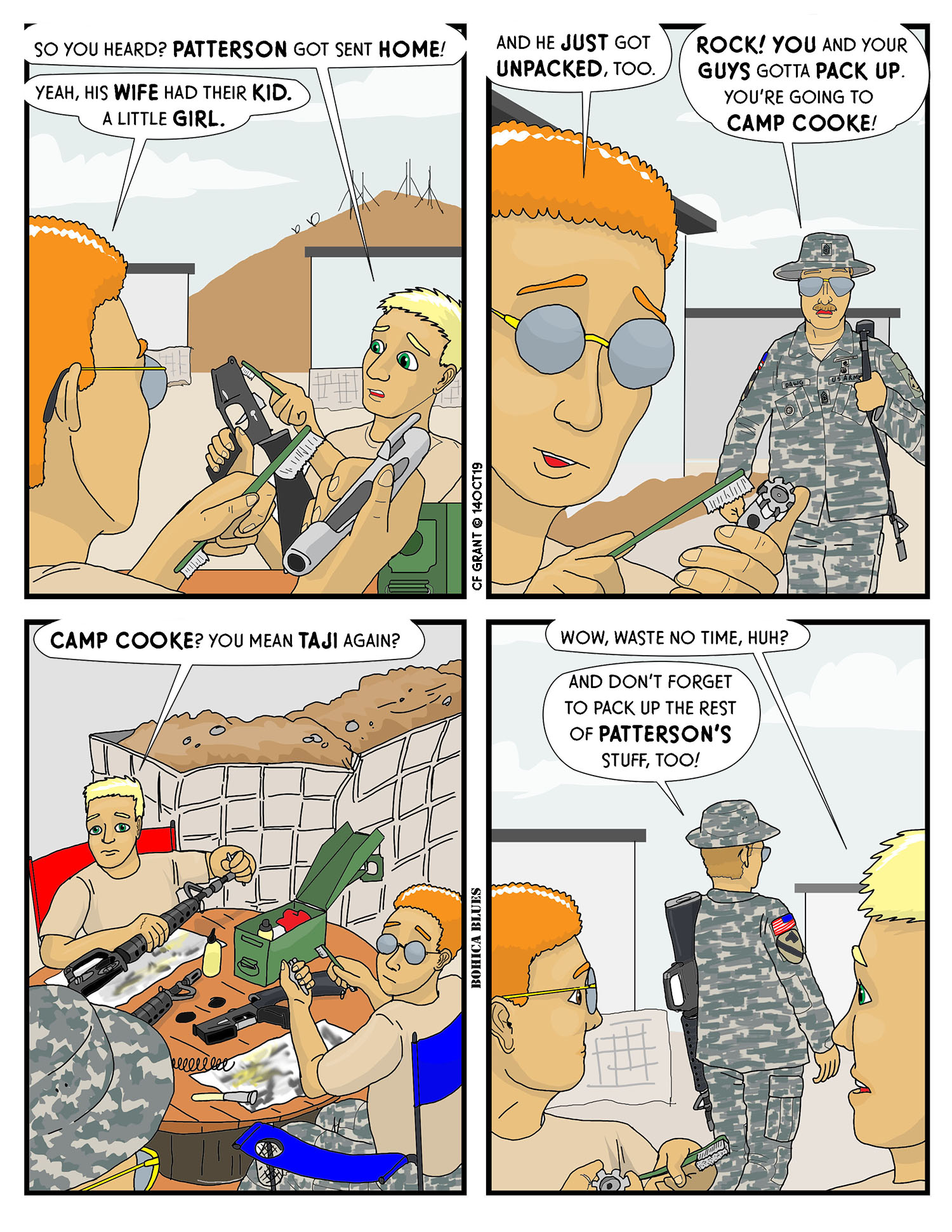 A “lift & shift” is a legit military command, but it usually has nothing to do with moving your living areas… or at least, not officially. It usually has to do with firing weapons into an area, then lifting your fire and shifting it to another area because friendly forces are moving into the area you just finished shooting at. But I’ve also heard it applied informally to having to pick up and move your sleeping area/camp/living area.

If there’s one thing you get used to in the military, it is that nothing is permanent or even reliable in the long term. Things that were set in stone a few days ago are now like promises written on water. And of course the Powers-That-Be will almost always wait until you settle in, get comfortable, and set everything up the way you like it before telling you, “no, I think I like the couch better over by the window”.

Being “settled in” is usually considered important to morale in a counter-insurgency type of conflict –which is what Iraq and Afghanistan are. Having a secure base of operations that you can count on means having a place where you can (sort of) relax a bit after missions, a “rear area” where there are resources such as food, medicine, repair, and so on. Even simple recreation facilities can be available. Camp Liberty was a huge base and had full shopping centers and laundromats, for example.

Of course, in a “big war” type situation, where you face an enemy that has the ability to challenge & maybe overwhelm your defenses and strike with as much firepower as your own forces have, you generally don’t bother to set up much that might be considered “comfortable”– you have to stay mobile all the time. Having bases like Camp Liberty is typically a feature of a very specific type of warfare.

And of course, when you have to shift to a new base, you have to pack up all your buddies’ gear as well, if they aren’t there, and carry it along with you. Have fun, guys.