What’s In A Word? 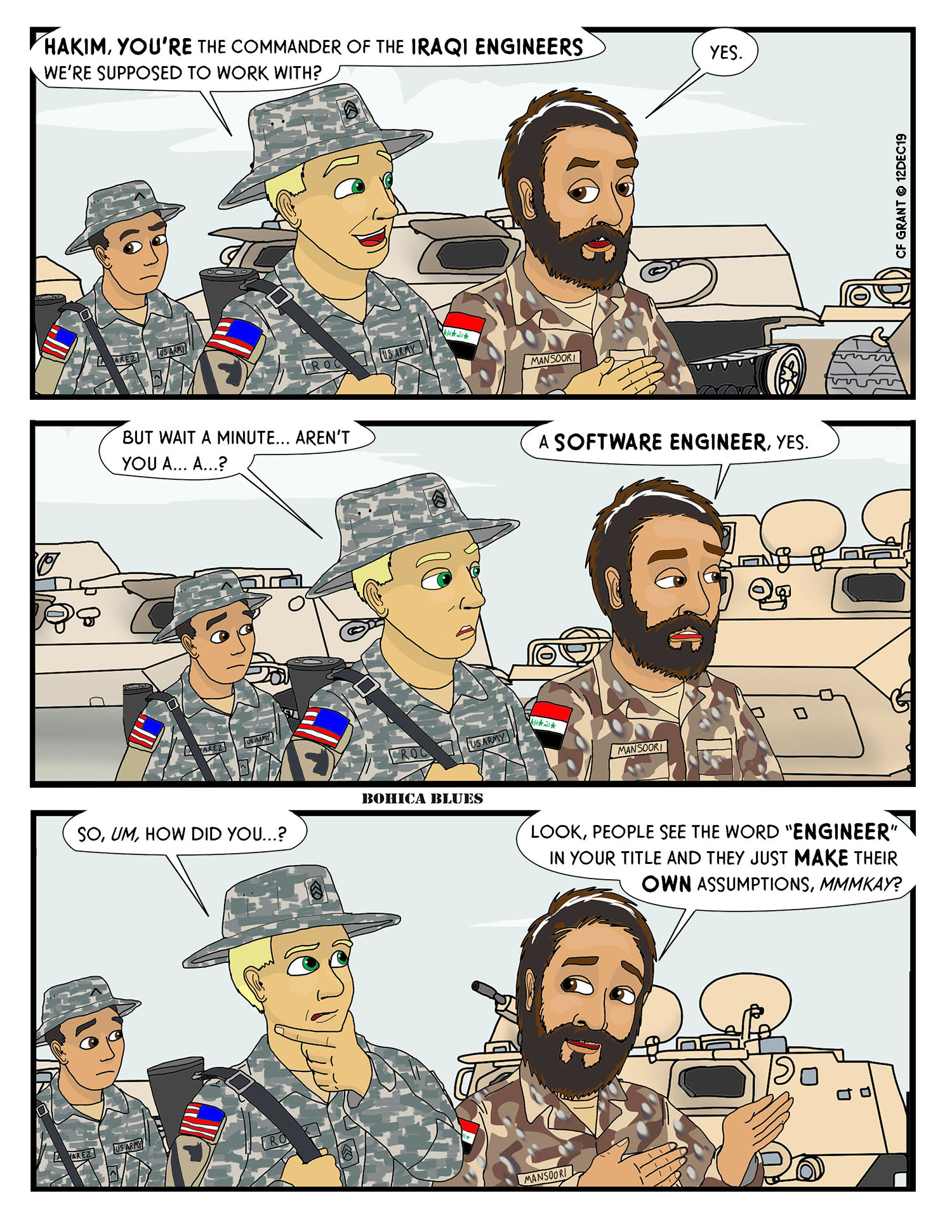 What’s In A Word?

This hasn’t happened to me in awhile, but there was a period there when every time someone found out I was a “combat engineer”, they asked if that meant I worked with Autocad or other computer assisted drafting programs designing things. People hear the word “engineer” and make a parallel with what they know of the word in civilian life.

I wasn’t insulted or angry, I found it fascinating– how the exact same words can mean such totally different things if the person you’re talking to is coming from another point of view and their context with a word is completely different. It made me wonder how often people misunderstand one another because of this minor differences of comprehension.

Hakim was a software engineer, and despite studying in the United States and having a degree in his field, he was unable to find work in Iraq and so resorted to selling pirated DVD’s to allied soldiers. That was how he met the 213th Battalion. He was also pressured by necessity and fear to do some minor work for al-Qaeda in Iraq, but he found them unbearable and gladly told the 213th everything he knew. He didn’t like all the foreigners running around making a mess of things in his home country, but he figured that of all those foreigners, the allied forces were probably the easiest to get along with.

Now he has a new job in the rebuilt Iraqi Army, so we’ll see more of him in the future.