Make Me A Match 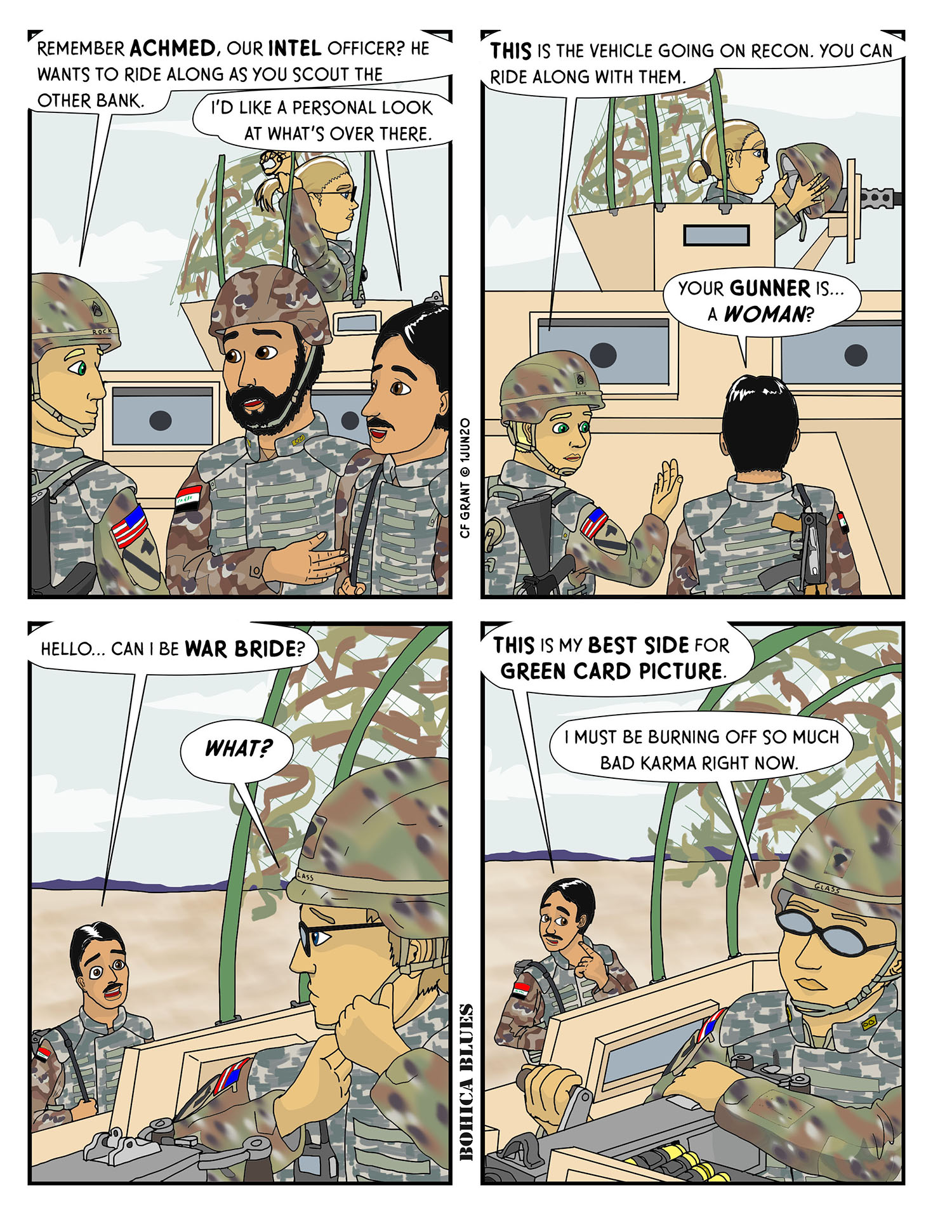 Make Me A Match

In every war, there are inevitably “war brides”… but how will that dynamic change with more and more women serving in the front lines? Specialist Cecelia Glass draws unexpected admiration from Lt. al-Rashi of the Iraqi National Guard, who is not entirely used to seeing women in such roles.
I hope everyone remembers Lt. Achmed al-Rashi, whom I introduced just a few weeks ago as he helped Captain Mizrachi build up a database called an “association matrix” with al-Qaeda in Iraq guys that he’d discovered through casual contact.

What Achmed al-Rashi wants to do is something known as a “leader’s reconnaissance”, and it can be undertaken by any leader in the field. Usually it would be done by someone directly in charge of commanding troops, rather than an Intel officer, but it is not unheard of. The AVLB from the previous comic finally got the bridge across, and now it is time to check out the far bank of the canal where they’ve been taking fire and see what’s over there. That will decide how much more force or effort they need to build the bridge that will re-link al-Halvah with the rest of the local road network– and hopefully diminish the influence of al-Qaeda in Iraq in the area.

While the RG-31 does a quick drive along the perimeter of the elephant grass near the road, they’ll be looking for things like signs of recent movement (elephant grass mashed down) and attempts to build fighting positions, foxholes, or camouflage– as well as any recent signs of digging or other attempts at setting up traps. The Engineers have gotten pretty close and so far today there’s been no activity, so hopefully it will go quiet… and Achmed can ponder his crush during the post-mission brief.