The Approval of One’s Peers 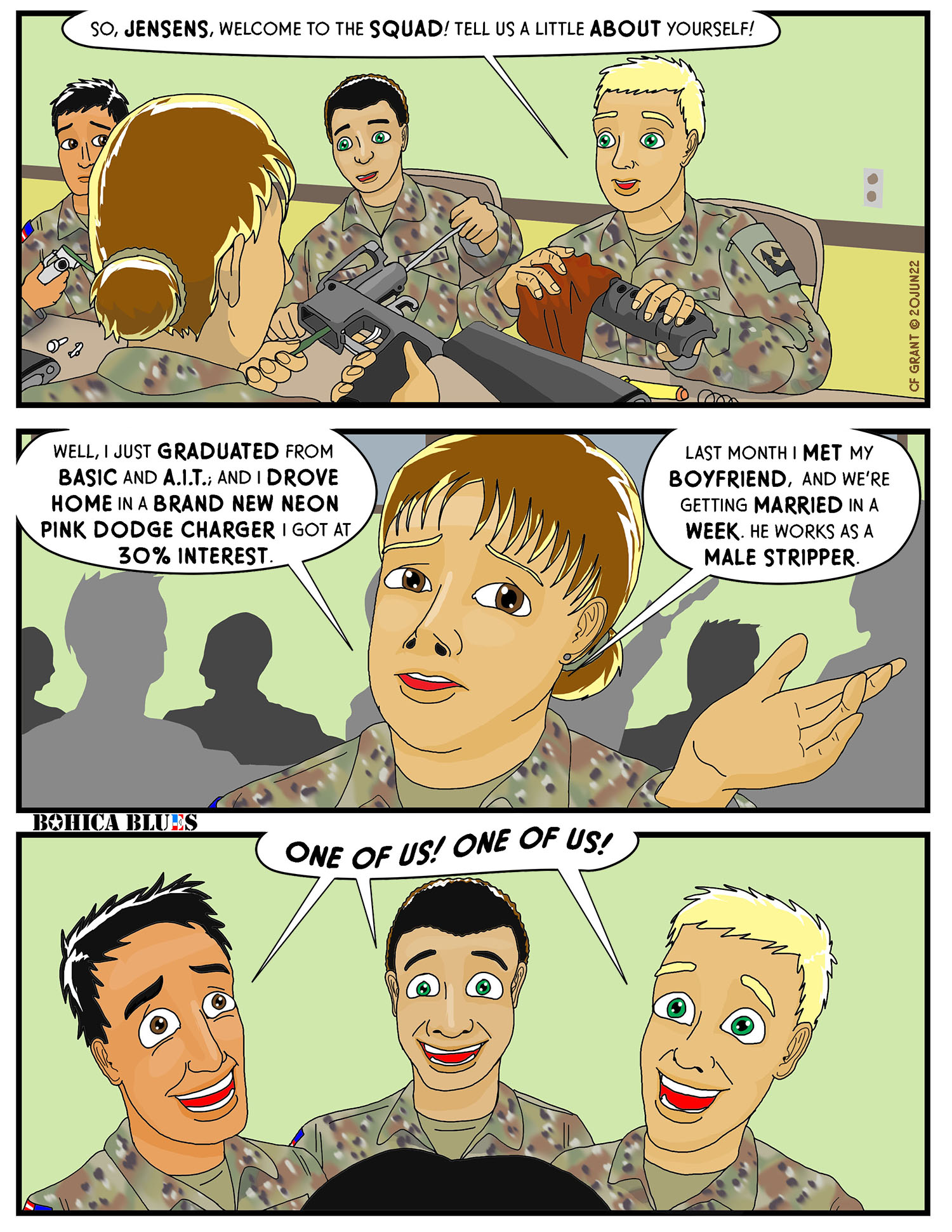 The Approval of One’s Peers

Young soldiers from Combat Arms branches are notorious for bad decision-making. There’s something about the combination of youth, recently liberated from parental oversight, and given challenging training, told they can be (relatively) invincible, and put in charge of millions of dollars worth of lethal equipment that just brings out a little of the inner YOLO (You Only Live Once) in them.

Some of the most common stereotypes for young soldiers fresh out of training is to buy impractical cars of some sort (Chargers, Mustangs, maybe Corvettes and so on, but also lifted F-150s, Silverados or Rams, you get the idea). Young troops are also notorious for getting fleeced on interest rates by predatory dealers and banks, as well. It is practically a rite of passage.

Another very common stereotype is to marry a stripper that they just met within the last few weeks or even days in some cases. In the case of male soldiers making hasty relationship decisions, strippers are usually considered attractive and of course the jobs of these ladies requires them to be very friendly and flirty with customers, so of course guys get the oft-mistaken impression that “I think she’s really into me”.

To be honest, this is usually a stereotype associated with Active Duty soldiers, not so much with Reserve or Guard troops. Active Duty soldiers fresh out of training are typically required to live in barracks, with lots of other soldiers, and they are grabbed for work details after-hours. Married soldiers are allowed to live off-post, and they get what could be considered preferential treatment, from fewer duty hours to increased pay. So there’s incentive to game the system by marrying whoever you can get a ring on.

But hey, why should male soldiers have all the fun? Female soldiers are free to make questionable life choices as well!
And of course this is going to apply to everyone equally, when you think it through. LGBQT soldiers will be marrying the strippers of their choice. I can’t help but wonder if a male soldier and one of his lesbian colleagues –just for an example– both had to be bailed out because they were fighting over the same stripper.