Everything In Its Place 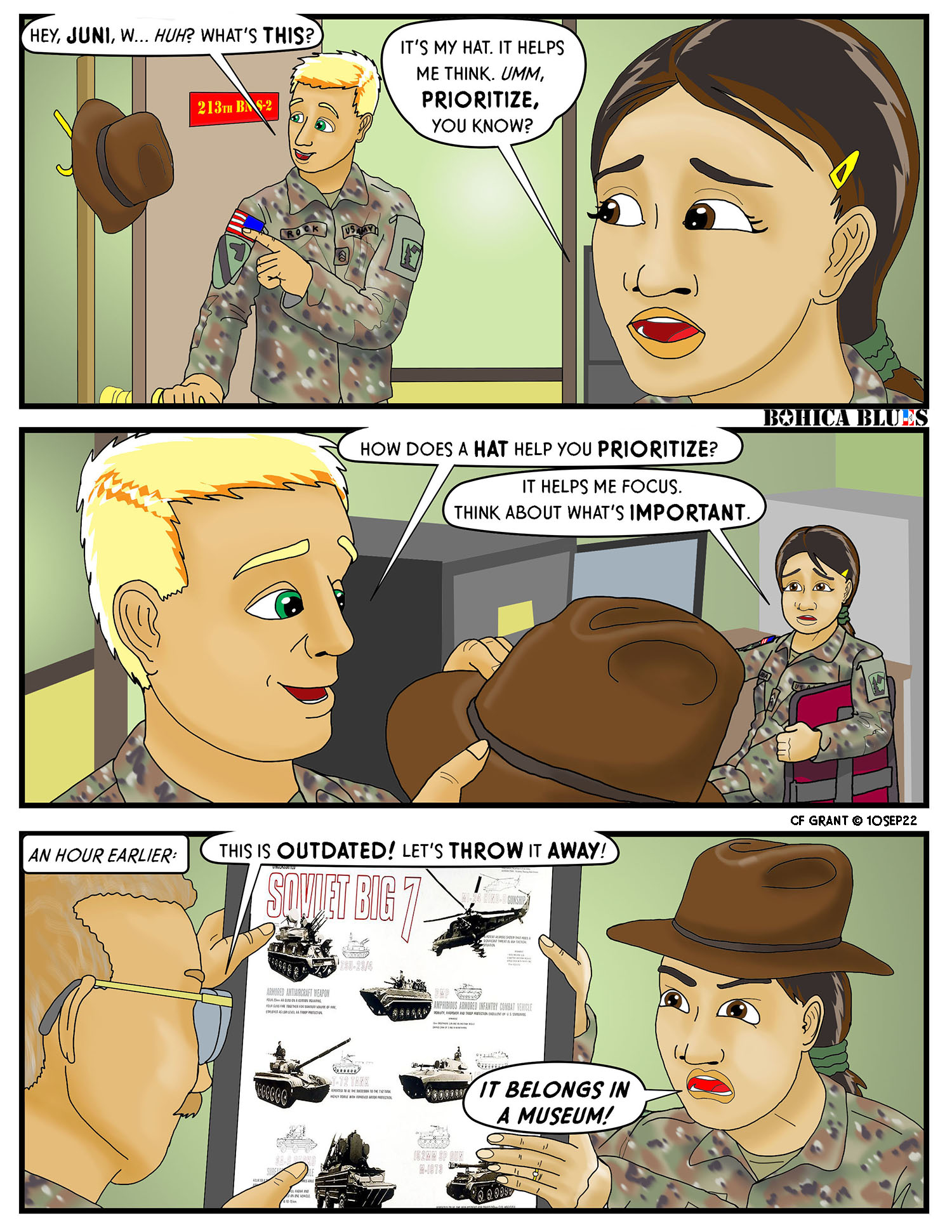 Everything In Its Place

Does all the old Soviet-era stuff belong in a museum? Or is it just old crap to throw away? I say there’s a lot to learn with the old Cold War-era Soviet stuff. For one, a lot of the vehicles are the same, which also reflects the fact that they are designed for a particular doctrine, and that doctrine remains, in many ways, the same (or at least, “similar enough”).

The biggest new, untried factor is the “Armata” series of armored fighting vehicle chassis. The T-14 Armata tank looks like a game-changer in its controversial design. The crew is entirely in the hull of the tank, and no one is in the turret, which is operated remotely. It is packed full of sensors and weaponry, but if it gets blown off by an adversary tank round, well, the crew can hypothetically survive in the hull.

But there’s nothing about the new T-14 Armata that seems to provoke any real change in doctrine. It stays with the “light, small, mobile” blend of abilities that characterized previous Soviet/Russian tank design. What it really brings to the table is an increased hope for crew survivability, and an increased reliance on sensors and optics for the turret… things that are in short strategic supply due to the materials needed to make and sustain them.

Crew survivability does improve morale, and it also means that expensive-to-train tank crews aren’t wiped out in battle and can live to fight another day, hopefully wiser and better at their tasks. But nothing in the T-14 indicates a reform of doctrine or training forced by new equipment. Contrast this with the arrival of the M1 Abrams tank in the United States, which replaced the M60 Patton tank. The M60 Patton was a capable vehicle but it was primarily a tank for defending. The M1 Abrams was an attack tank, meant for a fast armored spearhead. Training and expectations changed with the capabilities the M1 brought to the table.

For now, I’d say most of the Cold War Soviet stuff is still valid, as it still guides and directs operations on the Russian side of things. And remember, the Soviets/Russians exported their doctrine, equipment, and training to many, many client states around the world– so what we learn for one can apply to others.

Strange about the T-14 Armata, though, while we’re on the subject. The newest, best tank in their inventory, that is supposed to dominate the battlefield and make all others obsolete, a “Dreadnought effect” in armored warfare… yet it is not deployed to Ukraine, where such a wonder-weapon would be undeniably useful. Is it as good as advertised? Or is it just the finest in Potemkin technology? The jury is still out.