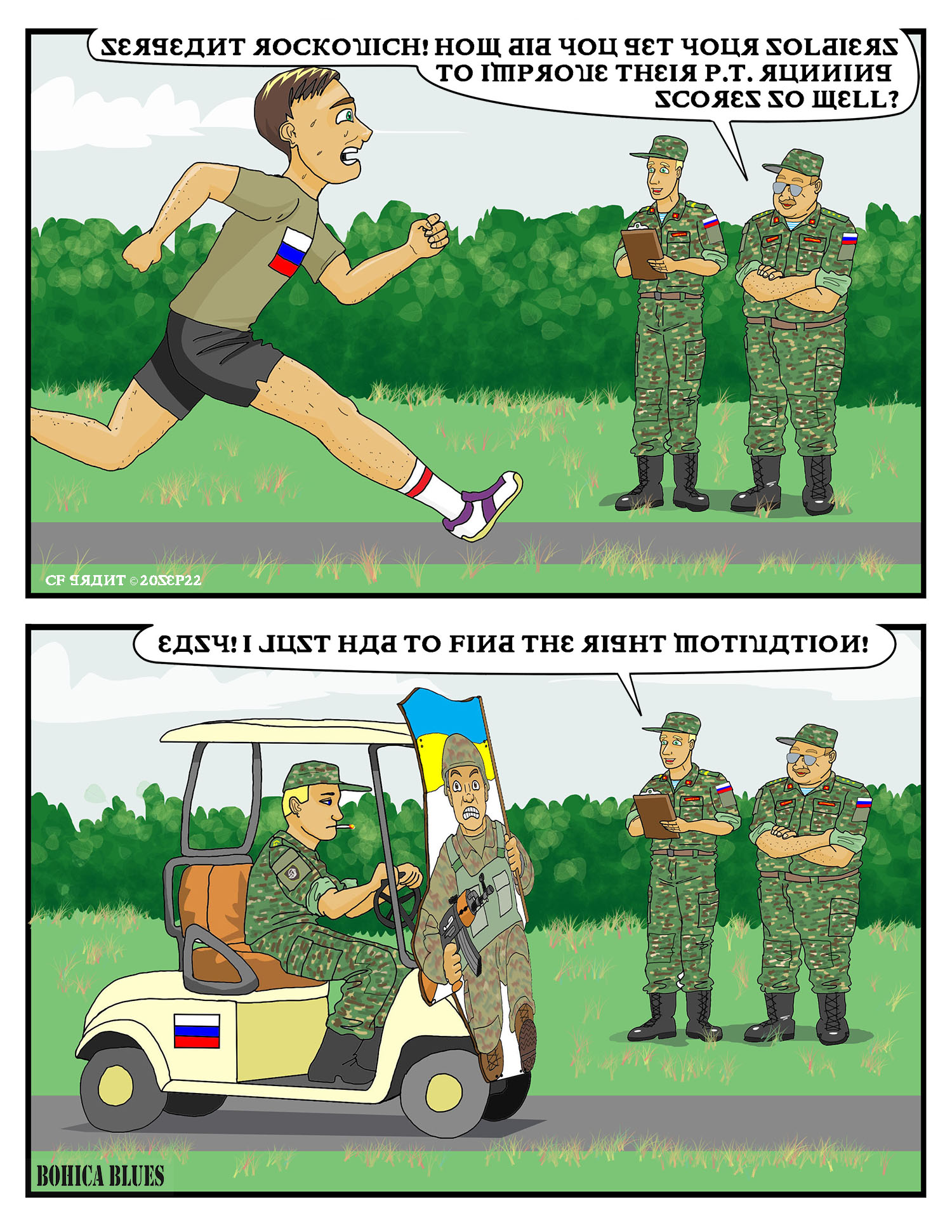 Joe Rock doesn’t know this, but he has a distant relative –a 6th cousin or something like that– in Russia! “Josef Rockovich” is a sergeant in the Russian army, and he has a great new idea for motivating his troops!

The dialogue is as follows, if the font is too unusual:

“Sergeant Rockovich, how did you get your soldiers to improve their P.T. running scores so well?”

“Easy! I just had to find the right motivation!”

I have always had a lot of people speaking different languages in BOHICA Blues– most of the time it was Arabic, due to them being in Iraq. I always wondered how best to portray that and I ran across a site that has unusual fonts, English letters but altered slightly to make them look like Arabic, Russian, and so on. If I need people to be speaking a different language but still legible to my readers, I’m thinking that perhaps I can use these fonts to represent that.

The font here is called “Kremlin Comrade” and I like the way it looks, and think it might be useful for Russian-speaking characters in the future. Is it too “thick” or confusing?

I was actually planning to take this day off, since I’ve been so busy lately. Work, home, a Drill Weekend and an upcoming convention were all coming up. But the recent turnaround in the Russo-Ukraine War and the dramatic gains made by the Ukrainian forces gave me an event I could not ignore.

Will we see more of Josef Rockovich in the future? Maybe, it depends. The humor potential is undeniable but I don’t want to change the character of the comic too much. We’ll see.