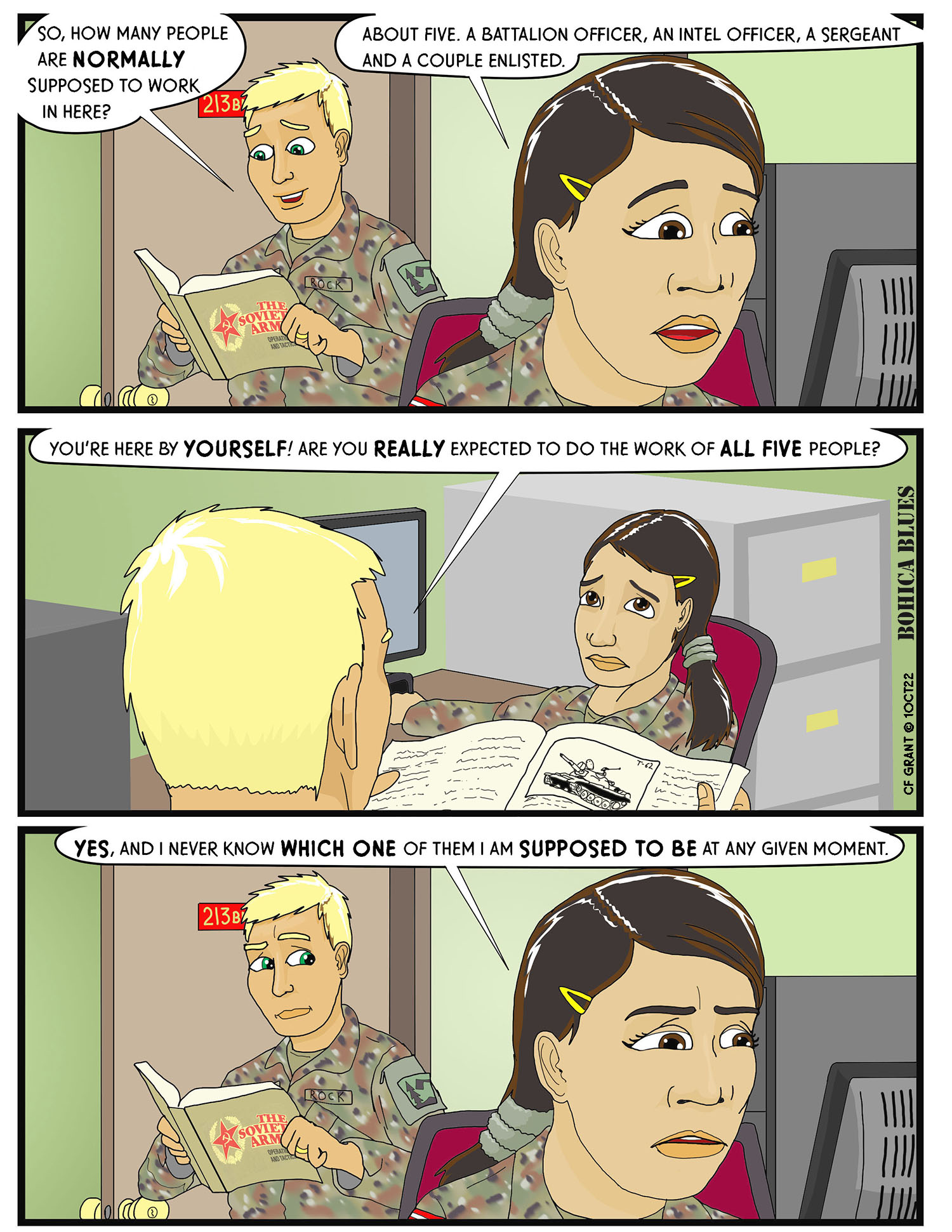 Wearing many hats can lead to forgetting which one you left your head in! As mentioned before, the Battalion S-2 (or “Intelligence”) shop has been empty for some time. Now Juni is the only one there but she has to cover a lot of bases with limited time and resources.

It seems like a lot of workplaces these days in many different fields have to do more with less. There’s been a general shift in the workplace, whether for civilian, military, of civil service jobs, and while demand is high applications are low.

Some people look for someone or something to blame for this, but I don’t think this is one of those things where any one person or policy can truly be “blamed” for it. There’s a bunch of different forces that all finally came to head together in a sort of “perfect storm”.

The pandemic certainly didn’t help– even if people just saw it as “a particularly nasty form of the flu” it still removed about a million potential workers from the job market (I mean, “regular” flu deaths are bad enough to begin with, you know?).

The military is also suffering from recruiting shortfalls, as well. Some say it is the strong hiring market with increased wages; others hypothesize that after 20+ years of wars that ended up being unproductive, a sort of cynicism has set in about what sorts of things we can be called to fight for.

No matter what the cause, causes, or if any one person can truly be blamed, the results remain the same: a lot of work being shared by a few people. It may be a precarious couple of years as things get sorted to the new realities.

Good luck out there and watch out for each other.