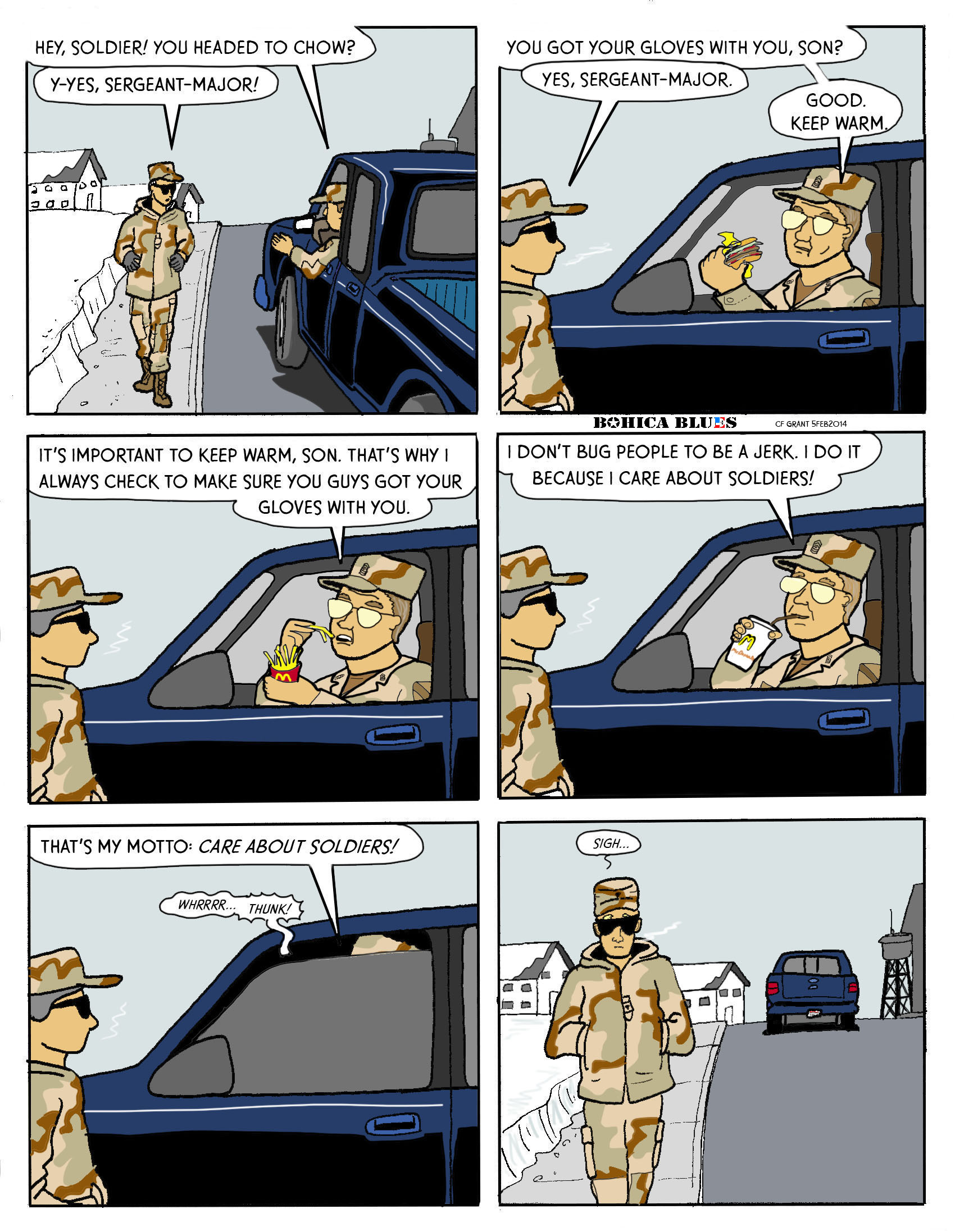 I know, the correct plural form is “Sergeants-Major” but most people call them “Sergeant-Majors”.

Sergeants-Major are supposed to serve a role in the US Army– they are, in theory, “advocates for the troops” among the upper echelons of command. The theory is that officers operate in a realm where they lose touch with the common, day-to-day needs and concerns of the ordinary soldiers, so a high-ranking non-commissioned officer, or NCO, is among them to allow them to keep the pulse of the troops. Morale and welfare, concerns, shortcomings… the Sergeant-Major is supposed to be there to speak up among the halls of command.

Unfortunately, what I find is that the Sergeants-Major end up funneling into one of two categories: those who really do care about their troops and try to maintain a presence among the soldiers and participate in training… and those that have pretty much started to identify with their new peer group, the officers, and insulate themselves away, occasionally issuing arbitrary rules like “all soldiers must carry gloves with them at all times”, or worrying about the manicuring of the lawn in front of Battalion HQ, or other random nitpicky things that may seem logical at a cursory glance, but when you think about it, is little more than trolling.

I’ve met good Sergeant-Majors who are focused and involved, and I’ve met the other type. And “the other type” sure do make it harder than it has to be for all concerned.