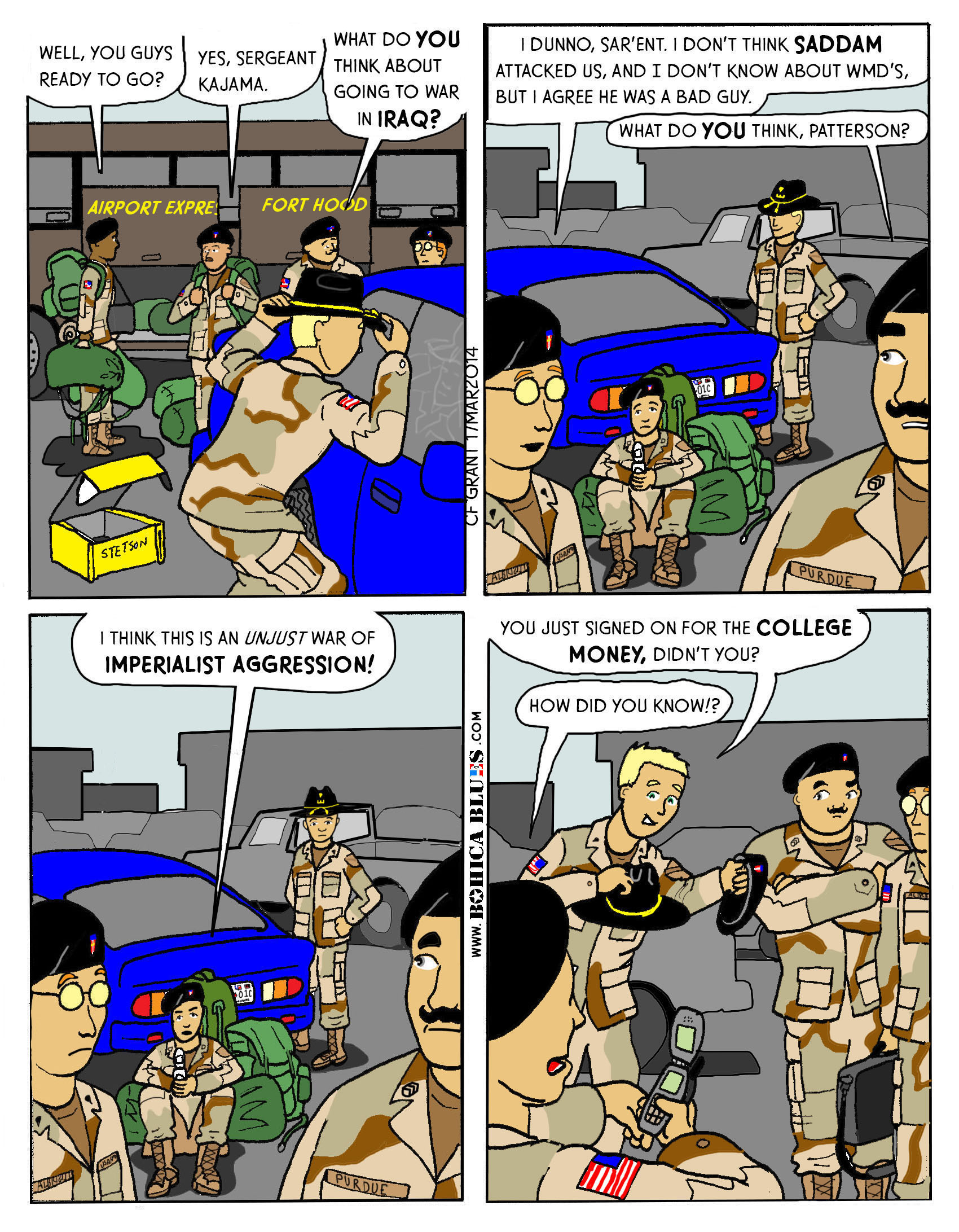 Sooner or later, we all asked about going to Iraq. We were scared? Concerned, nervous, a little scared… worried about letting people down, mostly. Few people believed Saddam or Iraq had anything to do with 9-11, but at the same time he was still an unaddressed issue left over from 1991. Of course there were the folks who “just signed up for the college money”, but in truth that described a lot of us, at least on some levels.

And Joe Rock bought himself a Cav Stetson! A tradition of the 1st Cavalry Division at Fort Hood, Texas, the Cav Stetson is a mark of pride and service for anyone who served with the 1st Cav– especially in time of war. Joe knows he’s about to go to war as part of the 1st Cav, and he probably won’t be coming back through Fort Hood, so he bought his Cav hat now.

They are pretty cool.