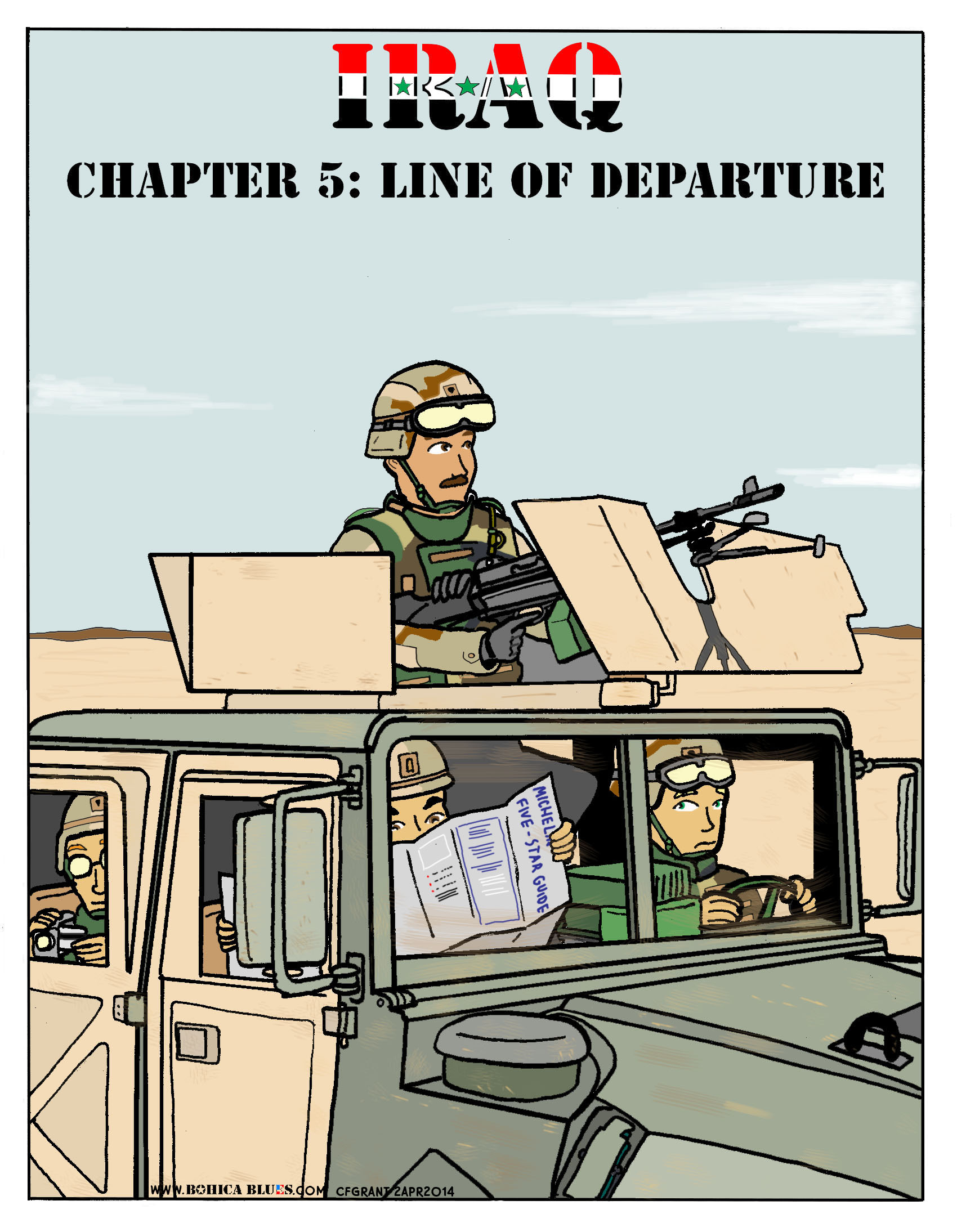 Now we get down to the entry into Iraq. The next few comics will address the convoy going into Iraq, as the 213th Battalion heads to its new home in Baghdad.

When an Army convoy leaves its start position, the point where it leaves and officially goes out into the world is the “line of departure”. The journey has officially begun once you cross that line. In the case of BOHICA Blues and the Iraq War, it is also pretty much the departure from reality for the next year.