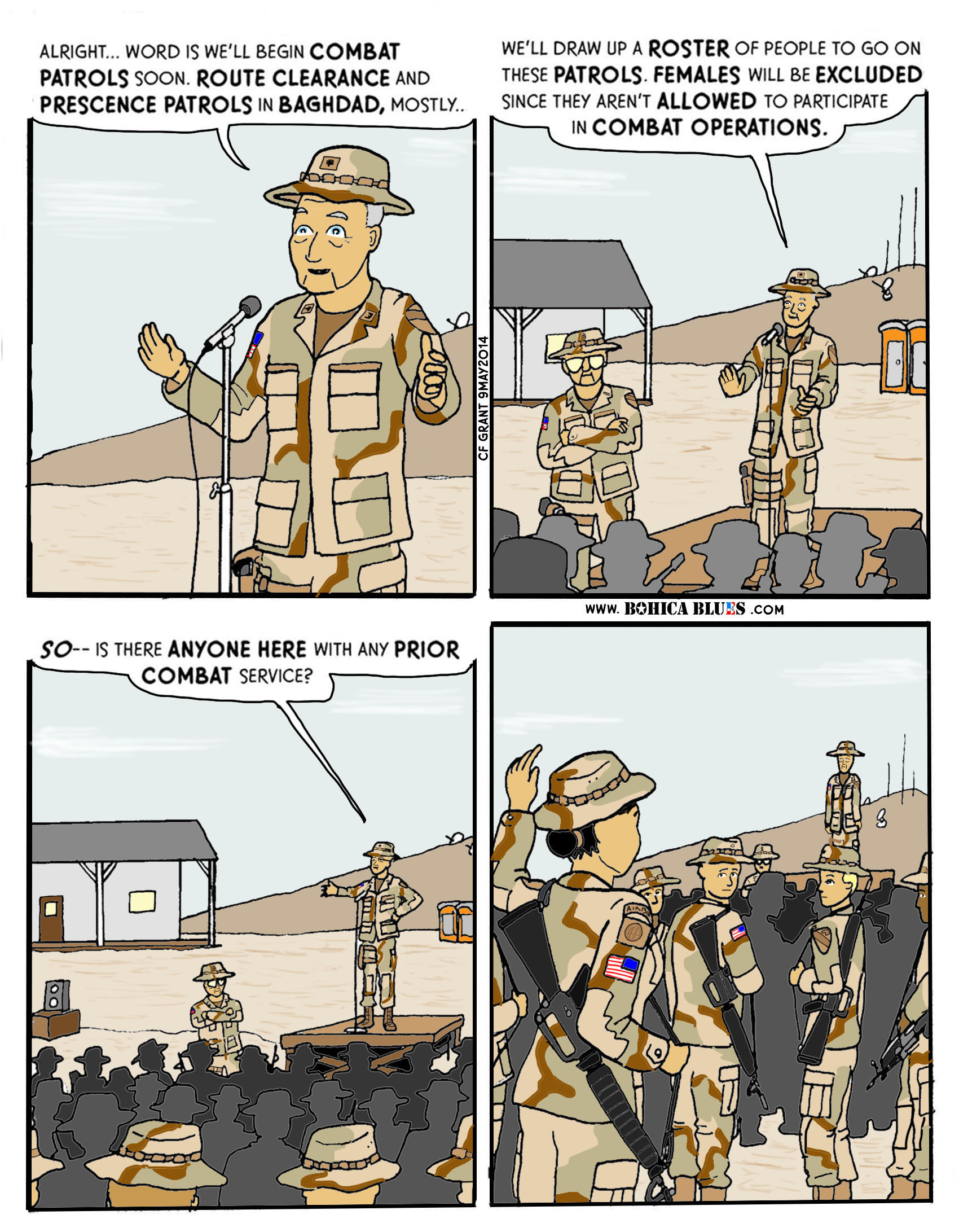 9 MAY:
Early in the Iraq War, there were few veterans of past wars in our ranks. Sure, in the Army, there were a few who served in the 1991 Gulf War, and there were still a handful of Vietnam guys left, but they were scarce. A lot of the ’91 vets had moved on as well. Our unit had but one person who’d served in 1991 as a young Private, so he was our “hardened veteran” that we turned to for wisdom early on. If there were any Vietnam guys left, they had been in for so many years they existed at a level way above where we could casually interact with them.

Women, in 2004 (when this story takes place) were not allowed in combat, technically. It was frustrating for them, no doubt, especially since soldiers on the ground all knew that women were participating in combat the whole time– but couldn’t get recognition for it. Awards and “combat posting” duty, which enhances later careers, or even claims from the VA for wounds sustained in enemy contact… because it technically “didn’t happen”. Nowadays the rules are changing.

Anyhow, some quick Army lore: you know how a soldier wears a shoulder patch on the left side? Take a look at the comics here; you’ll see the First Cavalry patch on the left shoulders– the triangular, shield-like patch with the diagonal bar and the horse head (yes, it’s a horse, not a Doberman Pinscher). A left-shoulder patch represents the Division that a soldier is serving at that moment.

But sometimes you see a soldier with a patch on the right shoulder. A right-shoulder patch means that soldier once served in combat with that Division. Now, they can wear that patch on their right for the rest of their time in the Army. “Served in combat” means they were with that Division for a minimum of six months in a place where it has been officially recognized that there was imminent danger to life or limb from some sort of enemy force.

After 6 months, the guys in the 213th here will get to sew on 1st Cavalry patches on their right shoulder-sleeves. For a few months, they’ll have Cav patches on both sides, and they can jokingly call themselves “Cav Sandwiches”.