On the Firing Line 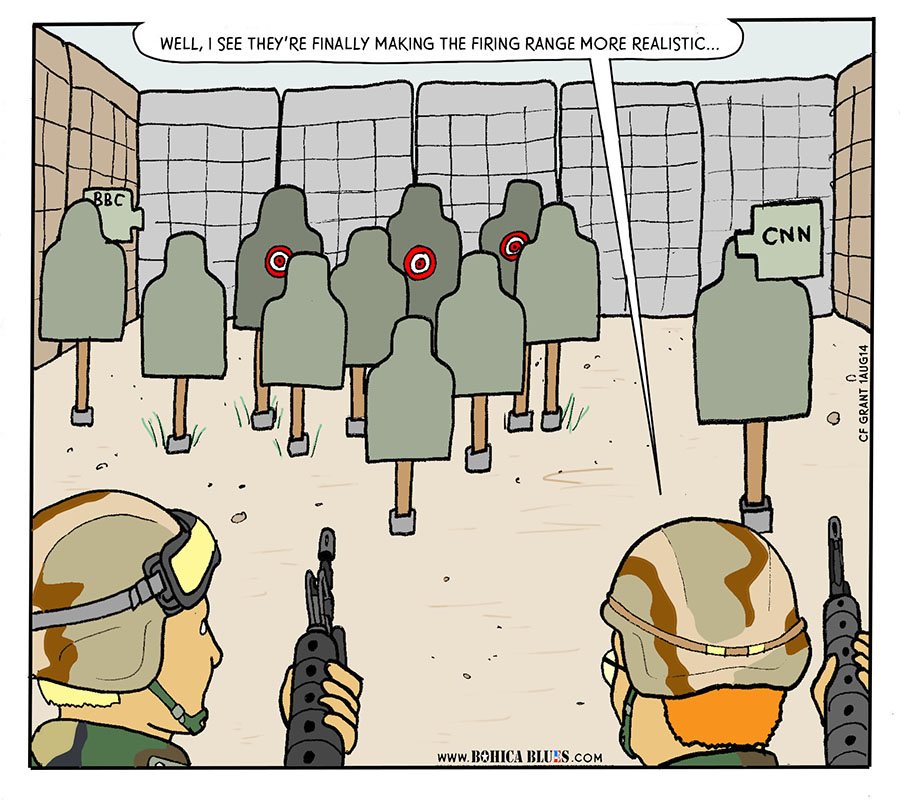 On the Firing Line

1 AUG:
The typical rifle qualification range is 300 meters (yards) long and full of about a dozen or so pop-up targets for each soldier to shoot at. The targets look like the green silhouettes portrayed here; they pop up at random intervals and at different locations. The idea is to simulate a large mass of enemy troops rushing towards you, one at a time: they pop up, run for a bit, then dive for cover. You have to shoot the target in the brief interval you see them.

But who attacks like that anymore? We haven’t seen that mass-rush/wave attack since maybe World War II. Maybe the North Koreans would do that stuff these days, but that’s about it– a bunch of people who would be in awe of a Burger King if they saw one. These days, the bad guys hide behind a bunch of regular folks trying to go about their business, maybe going to al-Starbucks or whatever, and if you make a mistake while trying to hit the bad guys, the cameras of the world see you doing it.

Anyhow, the guys are now back at Camp Victory, near Baghdad, and we’ll follow their adventures from there once again.