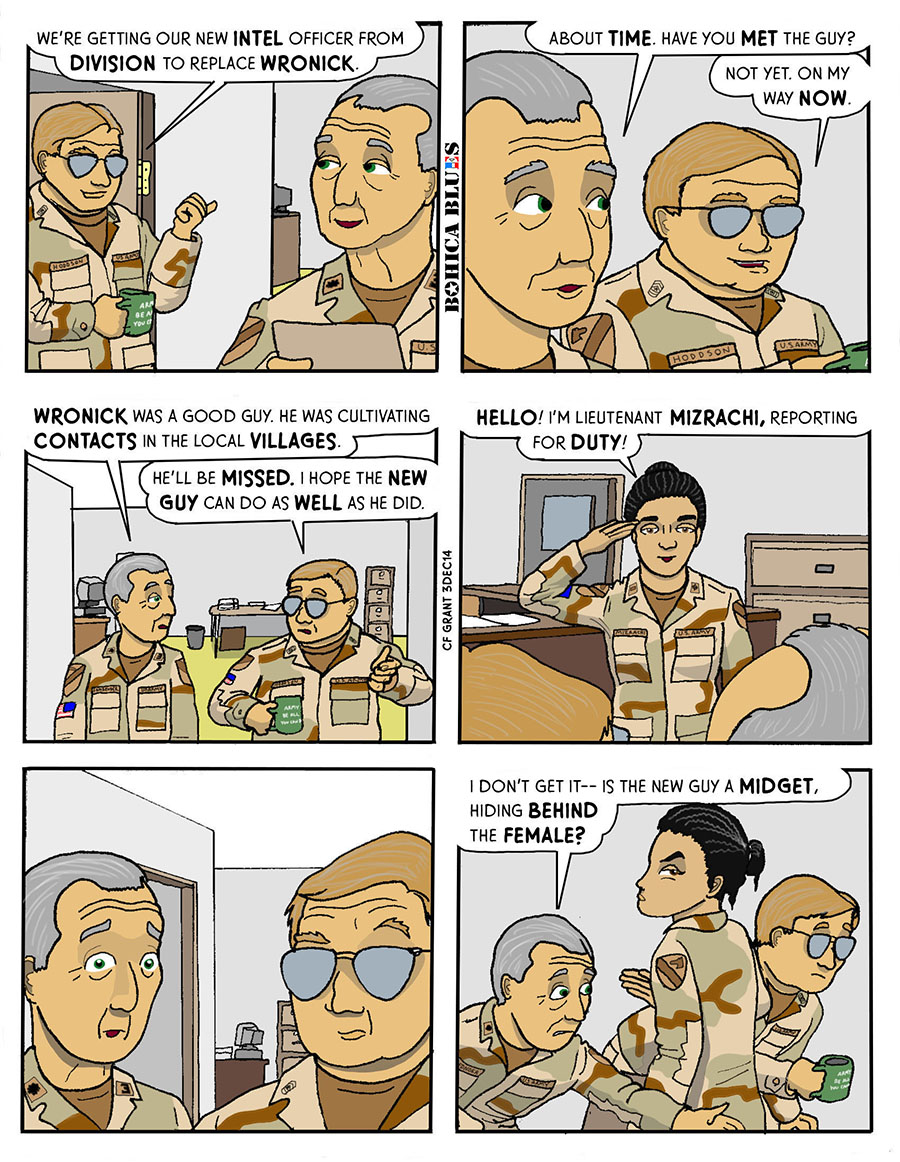 3 DEC:
Okay, so Captain Wronick was killed in action and now the 213th Battalion needs a new Intelligence officer. And it just so happens a newly-promoted Second Lieutenant happens to be available! Normally a Second Lieutenant would not be place din such a position (it should be a Captain) but for the purposes of the story, I’m going to bend protocol a bit. Perhaps the 1st Cavalry Division headquarters felt that a Reserve pool of Combat Engineers didn’t need much more than a “bench-warmer” since there is a shortage of qualified officers… but as we’ll see, someone who was initially promoted through the NCO ranks won’t be content to sit on their hands!

I talked about how a Battalion is formed before, with three “line” companies and one “headquarters” or “HHC” company, but within that HHC (“Headquarters & Headquarters Company”, ie, the command staff and all their supporting troops) certain jobs are spelled out:

With CAP Wronick gone, 2LT Mirav Mizrachi is assigned to fill his spot as the “S2? for the Battalion. And the Lieutenant-Colonel and the Sergeant-Major are incredulous.