The Army You Got 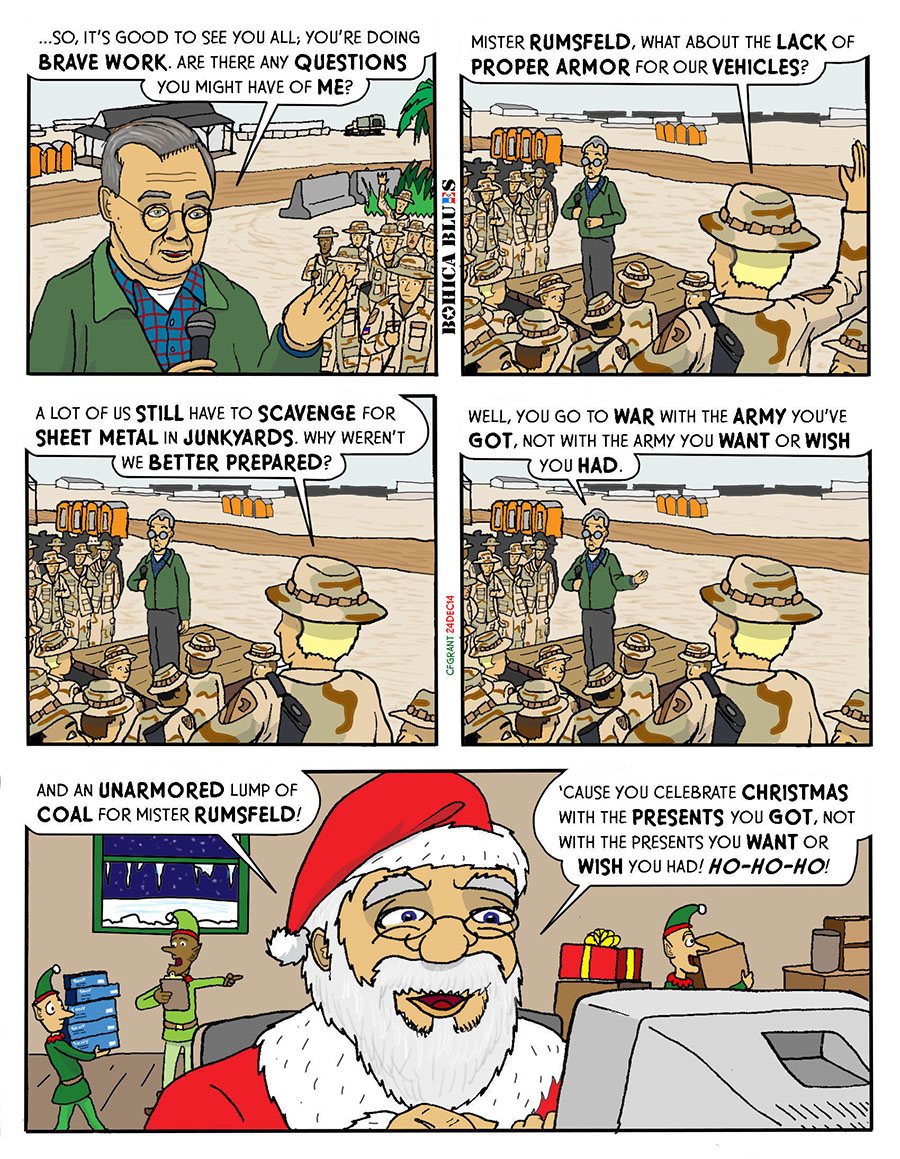 The Army You Got

24 DEC:
Just in time for Christmas, a Christmas comic!

Some historical humor just in time for the holiday. Back in December of 2004 –10 years ago as of this writing– then-Secretary of Defense Donald Rumsfeld went to Kuwait to speak with troops getting ready to deploy to Iraq. In a crowded aircraft hangar where he was giving a little speech, he opened the floor to questions. One question was asked by Army Specialist Thomas Wilson:

Army Spc. Thomas Wilson: Why do we soldiers have to dig through local landfills for pieces of scrap metal and compromised ballistic glass to up-armor our vehicles? And why don;t we have those resources readily available to us?

–In this comic, I again take liberties and change a few things around. I have Mr. Rumsfeld talking to the 213th Battalion in Iraq, rather than Kuwait, and I have a not-exactly-identified soldier who could be Joe Rock ask the pertinent question.

Either way, I hope Mr. Rumsfeld is happy with his lump of coal.

Interestingly enough, the original cartoon this one is based on, a hastily-drawn ballpoint pen creation posted in Iraq, was mentioned in the Capitol Hill newspaper, The Hill:
http://thehill.com/homenews/news/11216-never-enough-you-always-want-more

Hope everyone has a great Holiday season!