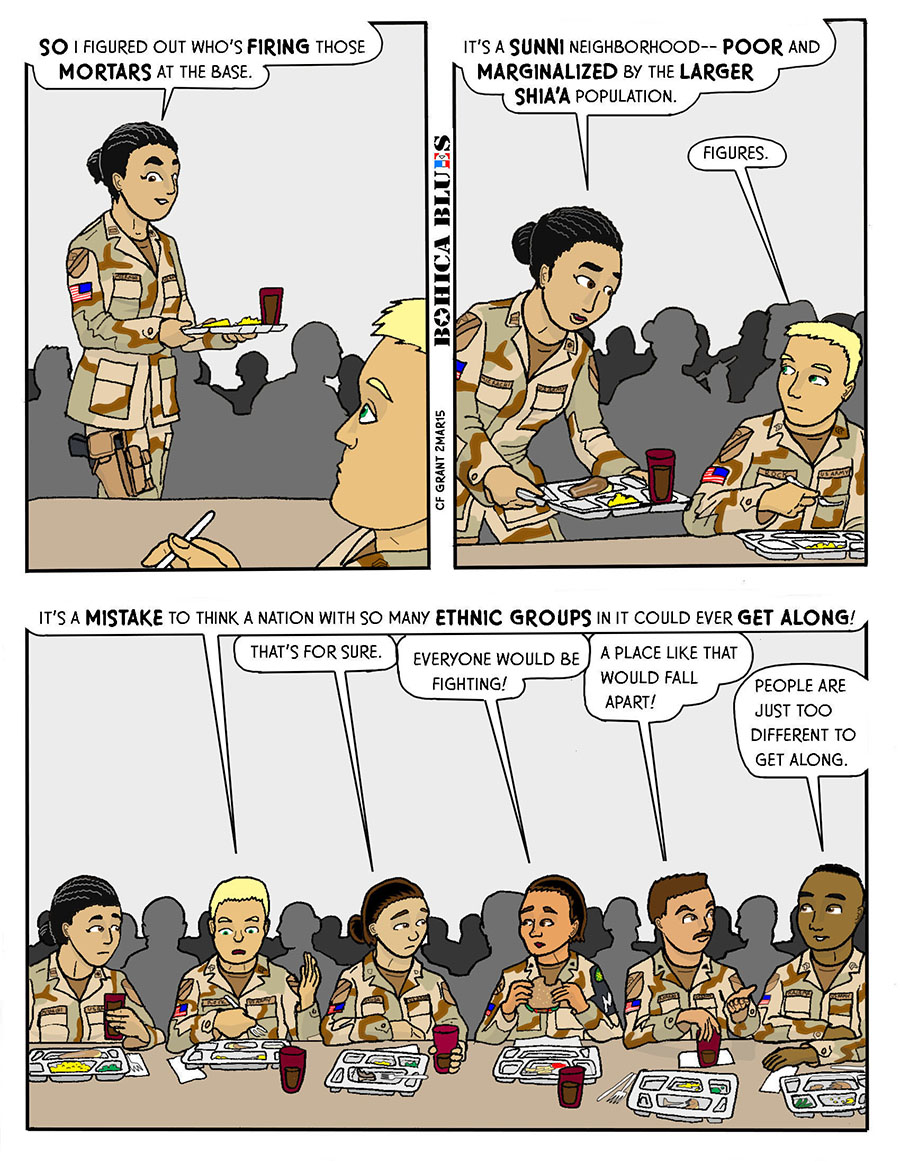 2 MARCH:
I remember a lot of discussion in the media by all sorts of people– politicians, social experts, various talking heads, even among ourselves– about forging a nation together in Iraq. People asked if the nation was going to break up, split along sectarian lines? Or maybe ethnic ones? Or a combination of both? Overall, the opinion was negative; most people thought that Iraq was headed for a breakup, with the Kurdish territory being the primary fault line.

Now, bear in mind that in 2004 we had no idea what the future would bring. Today, of course, things look bleak for Iraq as a unified nation but so far it hasn’t officially dissolved… but I was always struck with silent humor about how Americans of all stripes constantly stated, with no sense of irony at all, how a nation made of many different ethnic groups could never work, and the notion was ridiculous to contemplate.