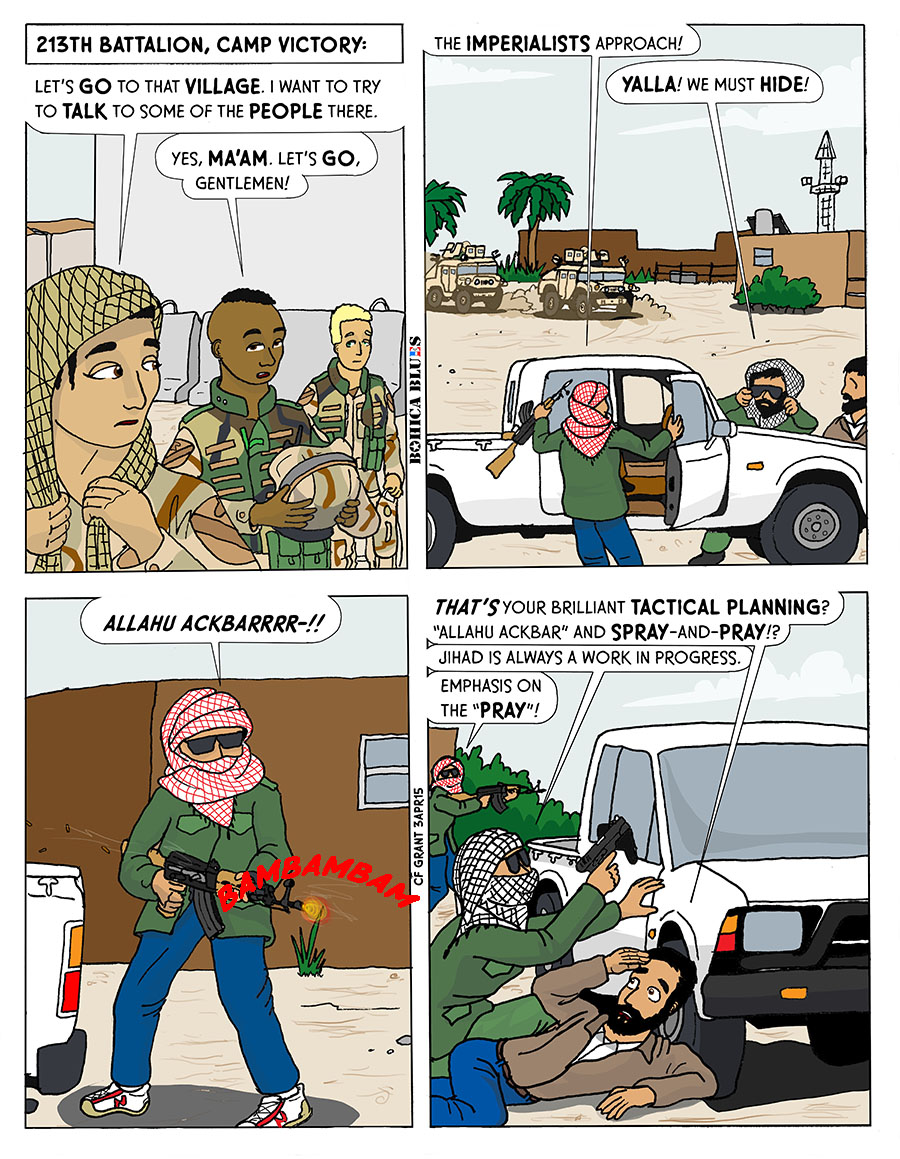 3 APRIL:
So as Hakim tries to find a way to back away from the AQI operatives, Lieutenant Mizrachi decides she wants to talk to the people that live in the village and find out what their issues are. As luck would have it, they roll up on Hakim just as “Mustafa the Wolf” is putting pressure on him.

LT. Mizrachi is using one of the US Army-style keffiyeh/shemaghs, except she is trying to position it more into the feminine “hajib” look. Arab-Muslim culture generally doesn’t allow free and easy conversation between the sexes, especially if a woman has an “immodest” appearance. Many female military personnel in the area wore “hajib” style headdress in order to take some of the awkwardness out of social interactions among locals. It’s true that Iraq was fairly “westernized” (as Middles East countries go), and not everyone in society cared about such things, but it didn’t hurt to err on the side of being overly respectful.

As for the “spray and pray”… yeah, that happens a lot. Too many people over there seemed to learn “tactics” from Hollywood movies. That worked to our advantage when it was the militants; it was less endearing when the Iraqi security forces did it around us.

“Yalla” is common Arabic slang for “hurry up/let’s go/move it”.