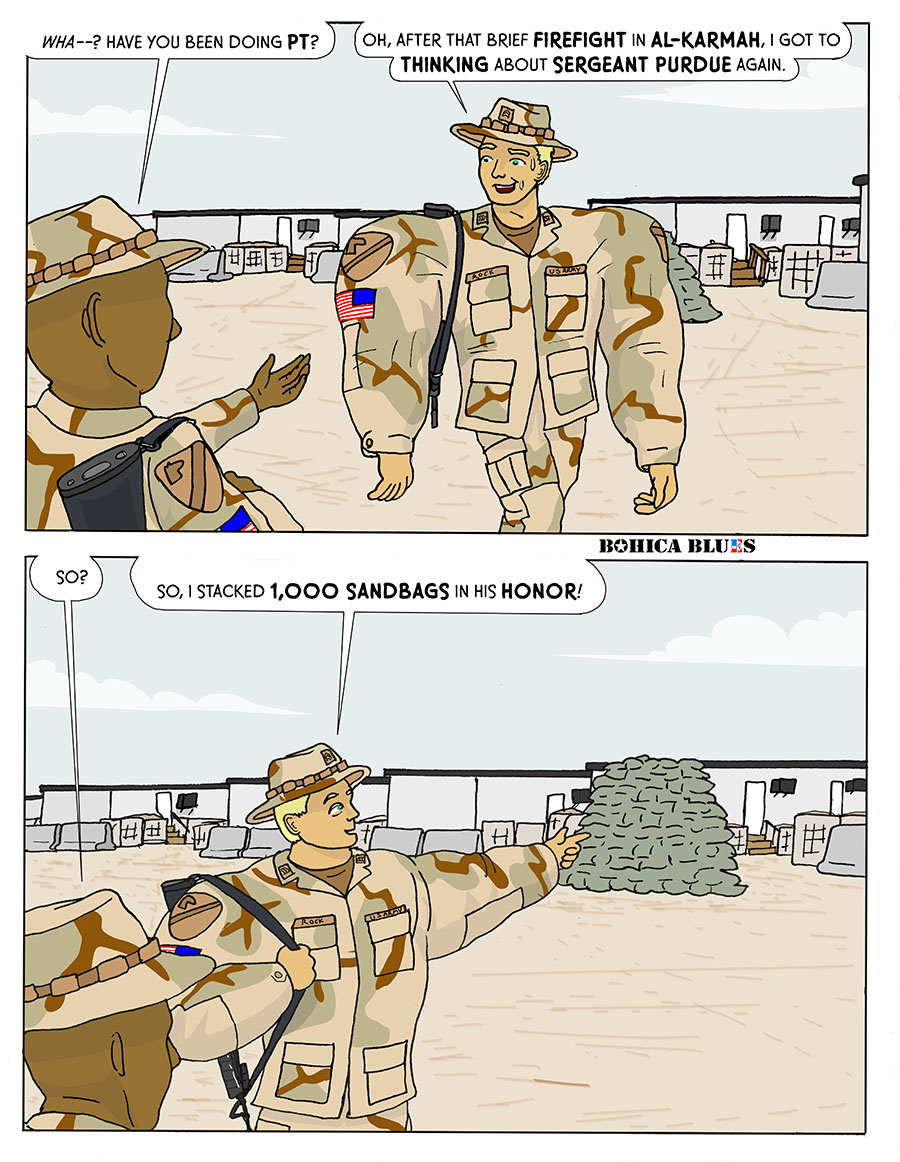 17 APRIL:
Remember Sergeant Purdue? He’s still alive and well, and in the story, he’s recuperating with a new artificial leg. The guys are thinking about him, though. this is a re-do of one of my original, 2004 comics posted in Iraq– after a week of doing sandbags, I had a guy with big, oversize arms and shoulders walking by someone who asked “What have you been doing?” and the guy replied, “sandbags”. It worked at the time because everyone knew what I was referring to– now, though, I just used the visual as a set-up for the reference to Sergeant Purdue.

While hefting sandbags is probably “exercise” of a sort, it never made me or anyone I know look like that. Feel like that, maybe, but not look. In truth, it’s rough on the back, even for the hale & hearty 20-somethings.