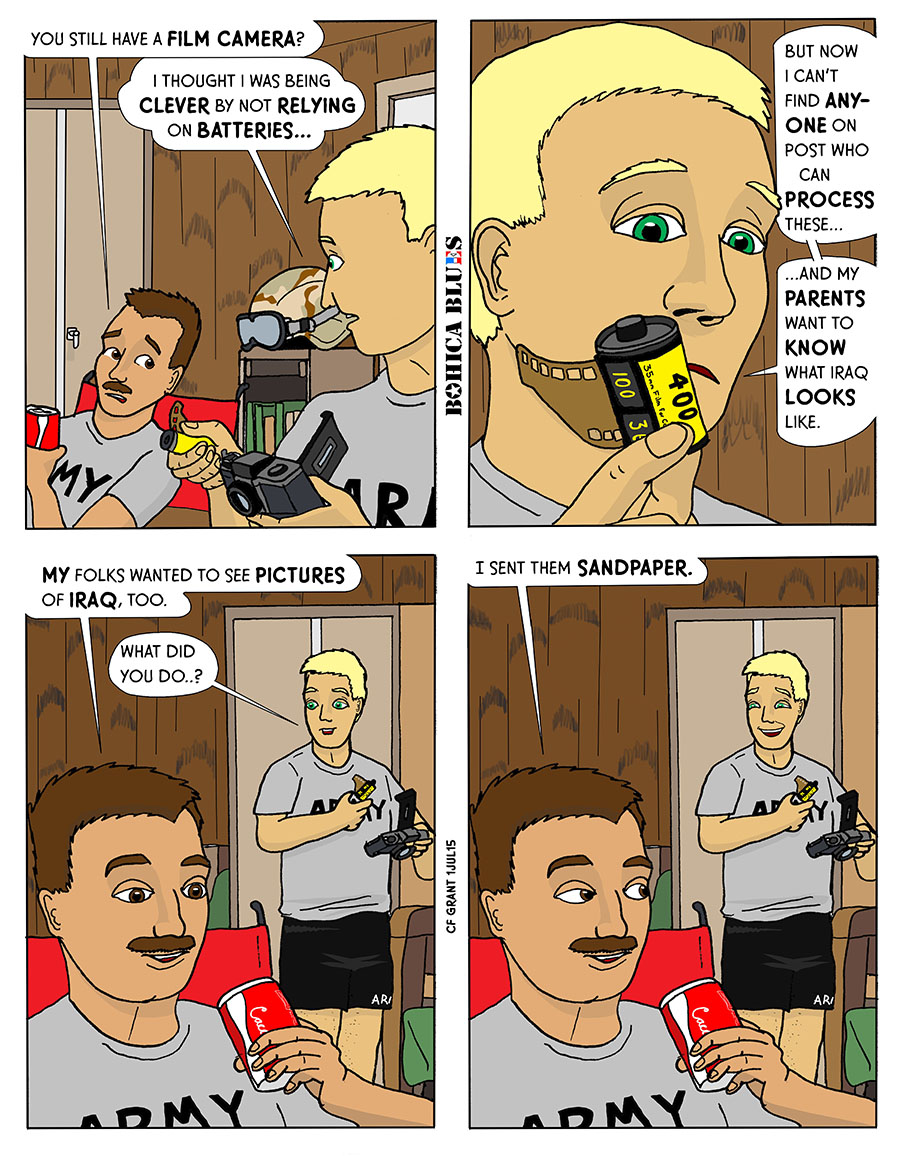 1 July:
That was the joke about Iraq for awhile when we got there. And of course, for a joke to work, it has to rely on a certain level of truth. Such it was in Iraq. Of course we were close to Baghdad, which means we were close to the Tigris & Euphrates Rivers, which was the fertile crescent of ancient Mesopotamia. Stuff grew there, but a few minutes’ drive away had you in pretty stereotypical desert like you’d find in a storybook, with miles of sand stretching horizon to horizon.

I thought about taking a film camera to Iraq for exactly these reasons– I had no idea how (or if) we’d have access to a lot of power, to batteries, or what. I was expecting a total “field” experience, living in tents and subsisting primarily on MRE’s. I almost didn’t take a laptop because I figured it would be dead weight without power to hook into. But as we got closer to leaving, I heard more and more about what it was like there: generators, air-conditioning, and lights, and guys spending money to call home or people getting in trouble for internet posts that gave away information… so obviously they had access to the Internet and all the infrastructure type things that go with it.

Some people still use film but their ranks are dwindling. Of course, I lost a lot of pictures in a hard-drive crash, so maybe there’s something to the old ways.