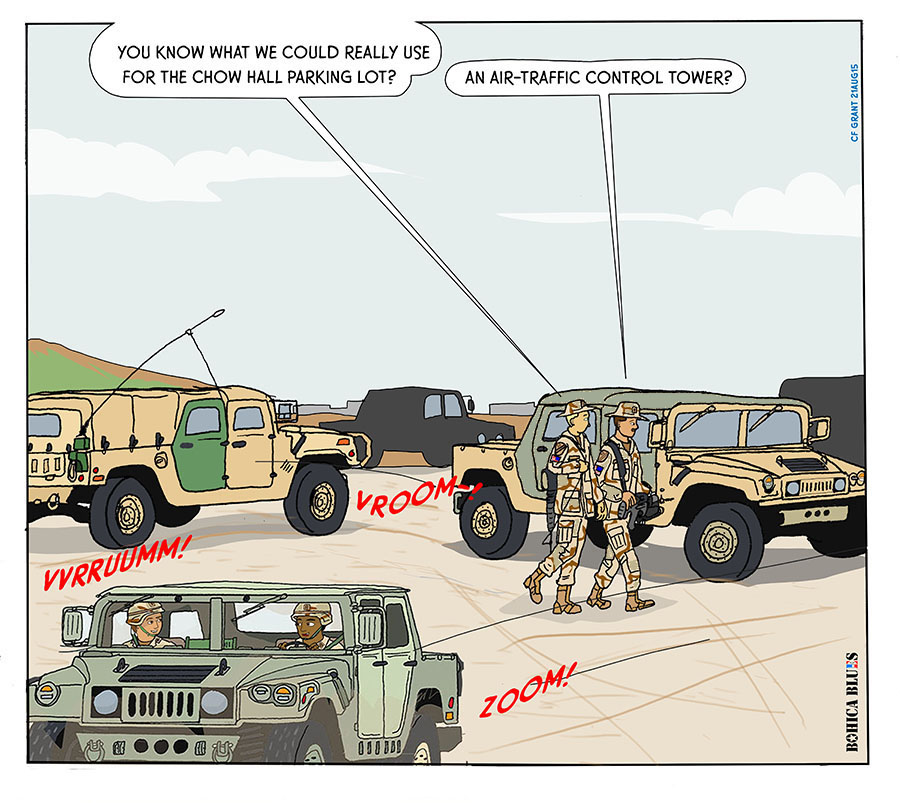 I tell ya, an air-traffic control tower would really pull the room together.

Okay, seriously, the area outside the chow hall was a major free-for-all. There was an empty patch of land that became an informal parking lot, and of course every Sergeant-Major, Major, Lieutenant-Colonel, Captain, and so on that had access to a HUMVEE would rush to chow and park wherever there was a free spot. After all, these are important folks on limited time, right? Riiiiight.

Approaching the chow hall was like playing dodge-ball. Except the “ball” was about 3 to 4 tons, moving under its own power, and there were about a half-dozen of them at any given time. How we avoided any accidents is beyond me. It’s surprising that someone didn’t use this as an opportunity to mandate reflective PT belts for all, but I’m sure someone tried.