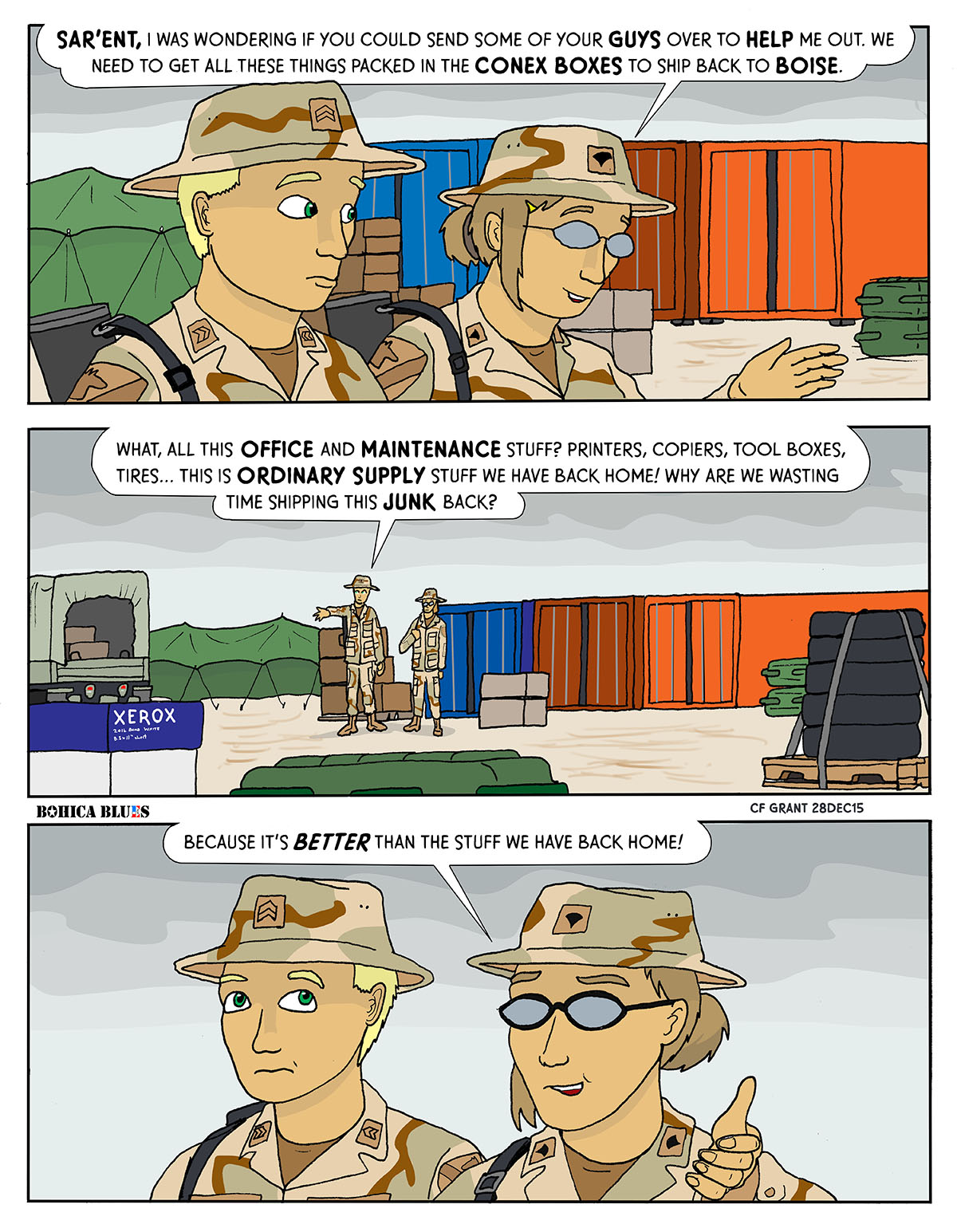 The reality of Reserve and Guard forces is that many of them operate on a shoestring budget. Typically, older equipment is used and rarely do these units get top of the line stuff.

But when you deploy to combat, the money spigots open up. You’re on the “real Army” supply chain and whatever you need, you get. Spare parts that would have taken months to get to you back home in peacetime arrive within days or even hours. Flat screen computers replaced old cathode-ray monitors, high-speed copiers, printers, and so on flood into your possession. When it is time to pack up and go home, you’re not leaving this stuff behind. The new unit is already getting their brand-new stuff, so they won’t need your hand-me-downs (after all, your stuff was “brand new” over a year ago, right?).

So now, you have 2001-2004 machines to replace the 1997 machines you probably just received a month before deployment, which replaced the 1982 machines you had been using before. Darn right it’s packing up and going home!

A “conex” (pronounced “con-nex”, not “CONE-ex”) is the name for the shipping containers when they are used as stationary equipment lockers. When they are on a ship they are “containers”, when they are on a frame pulled by a truck they are “trailers”, but on the ground they are “conexes” and they are a near-universal storage device for the types of things kept in large storage. I think the inside of the conex is also somewhat like a Doctor Who police box, in that things inside them sometimes seem to slip away to other dimensions, never to be seen again.  “I swear it was packed in the conex!” is pretty much a regular phrase overhead during weekend drills.