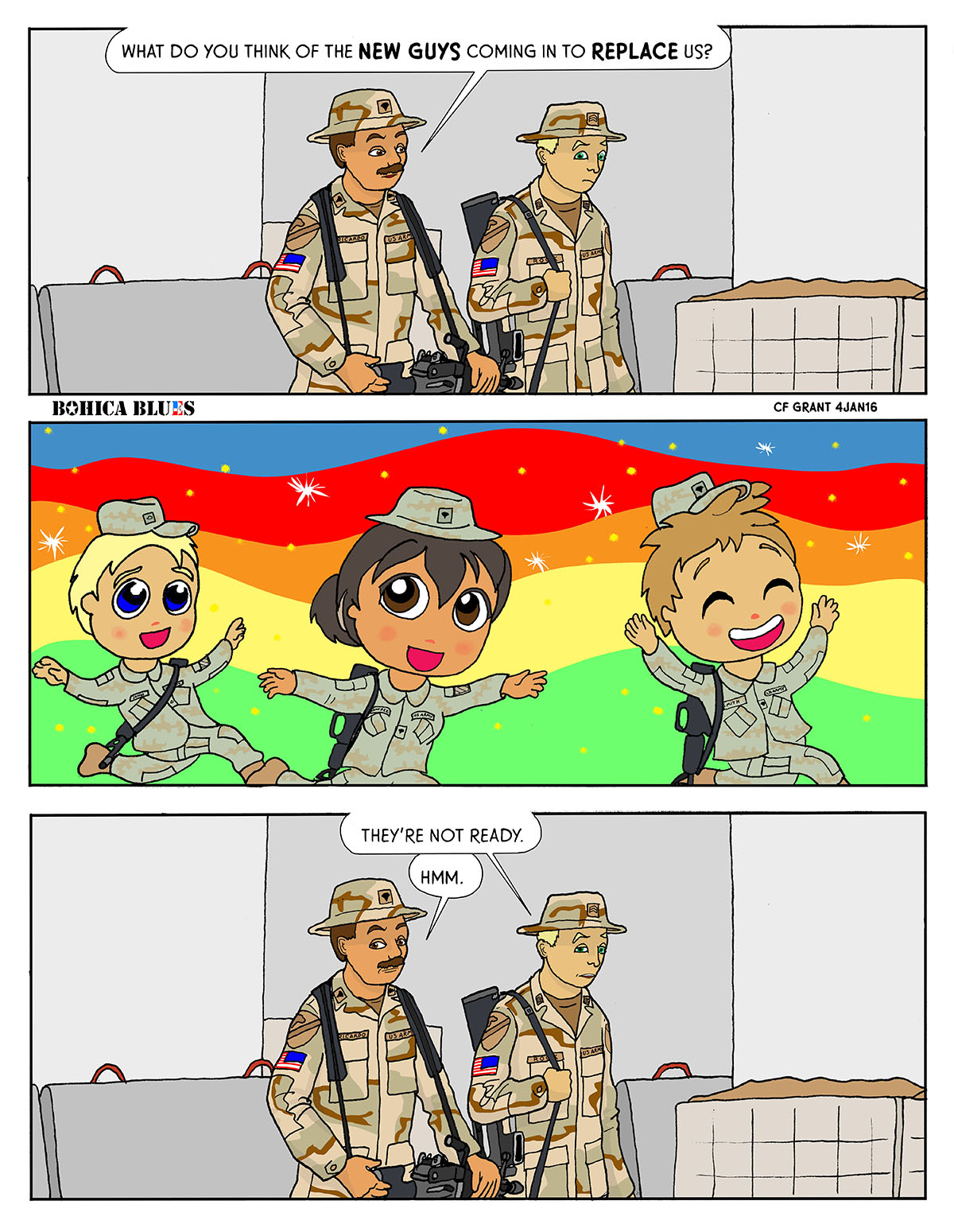 Did we ever look so innocent and naive? Probably. I remember how our replacement Battalion seemed to be when they showed up. All wide-eyed, in wonder. I remember that a week after they showed up, we got rocketed very close to our motor pool. An uncharacteristic attack on a large base like Camp Liberty (what Camp Victory had been changed to) left a smoking crater within easy sight of the trailers and our internet shack. Once I found out that no one was killed, I was as relieved that they hadn’t destroyed our internet. Priorities.

I was walking with a couple of my guys to the internet shack to let folks know we were okay and I saw a bunch of the New Guys huddled in their protective cement bunkers (like they were supposed to) looking a bit, well, concerned. Of course those of us who’d been there awhile were glad the attack was over, nothing was damaged, and we were getting back to our briefly interrupted lives. Some of the New Guy officers were clustered around the crater left by the rocket, looking at it. Seriously. I mean, even if the rocket has burnt out all its fuel and the explosive has already gone off, it’s the one place in the area the insurgents had proven they could hit, and they wanted to cluster there? I looked at the guys huddled in the bunker and said, “Hey, look at the bright side, you’re probably all going to be getting promotions soon!” and laughed my merry way on to the internet cafe.

We’d sure come a long way from the guys that panicked and ran around, smashing porch lights… because we heard our own outgoing artillery, huh?