Can You Handle It? 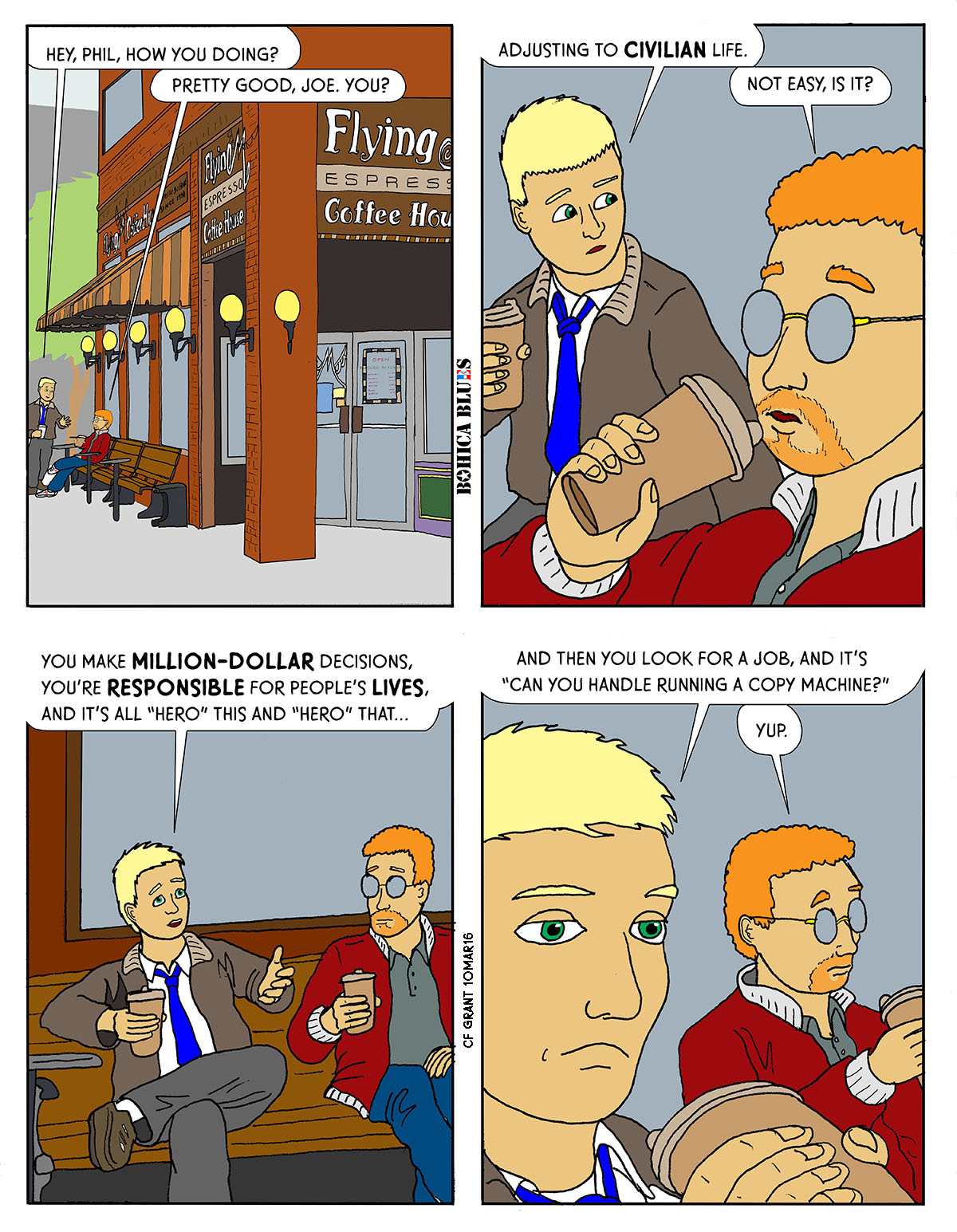 Can You Handle It?

When I first thought of this comic, I thought of how frustrating it is to get out of the military as a young 20-something and meet with a job market that seems infantilizing. The original idea was that veterans have seen and done a lot, even those who were not deployed, and a lot of entry-level jobs these days seem to assume a certain level of cluelessness. But then as I was drawing, inking, and coloring this; I turned the idea around, and realized that the lesson to be learned isn’t “simply” that veterans have advantages that other people entering the job market don’t have– it’s that anyone can be taught skills and trusted with responsibilities and big decisions, as long as they are taken seriously and trained right. It doesn’t have to be military.

True, whenever you enter a new job, there’s a learning curve, and that can seem like “cluelessness” at first– but nobody masters things immediately. Good, meaningful training that goes beyond box-checking tedium gives people a sense of investment. Anyone can learn it, and be taken seriously and take themselves seriously in a career field.

Veterans do have a few advantages, though– when the military says “learn skills that will help you get an edge in the civilian job market”, they don’t mean learning how to operate cool technology that will make you seem god-like in comparison to your future work peers. Most of the tech in the military is about 10 years behind the “real world” anyway. No, they mean, “learn how to develop a thick skin, put up with stupid crap and be resilient in the face of short-tempered and annoying people telling you what to do”.

Although… that’s a pretty valuable skill set, too.