A Nose for News 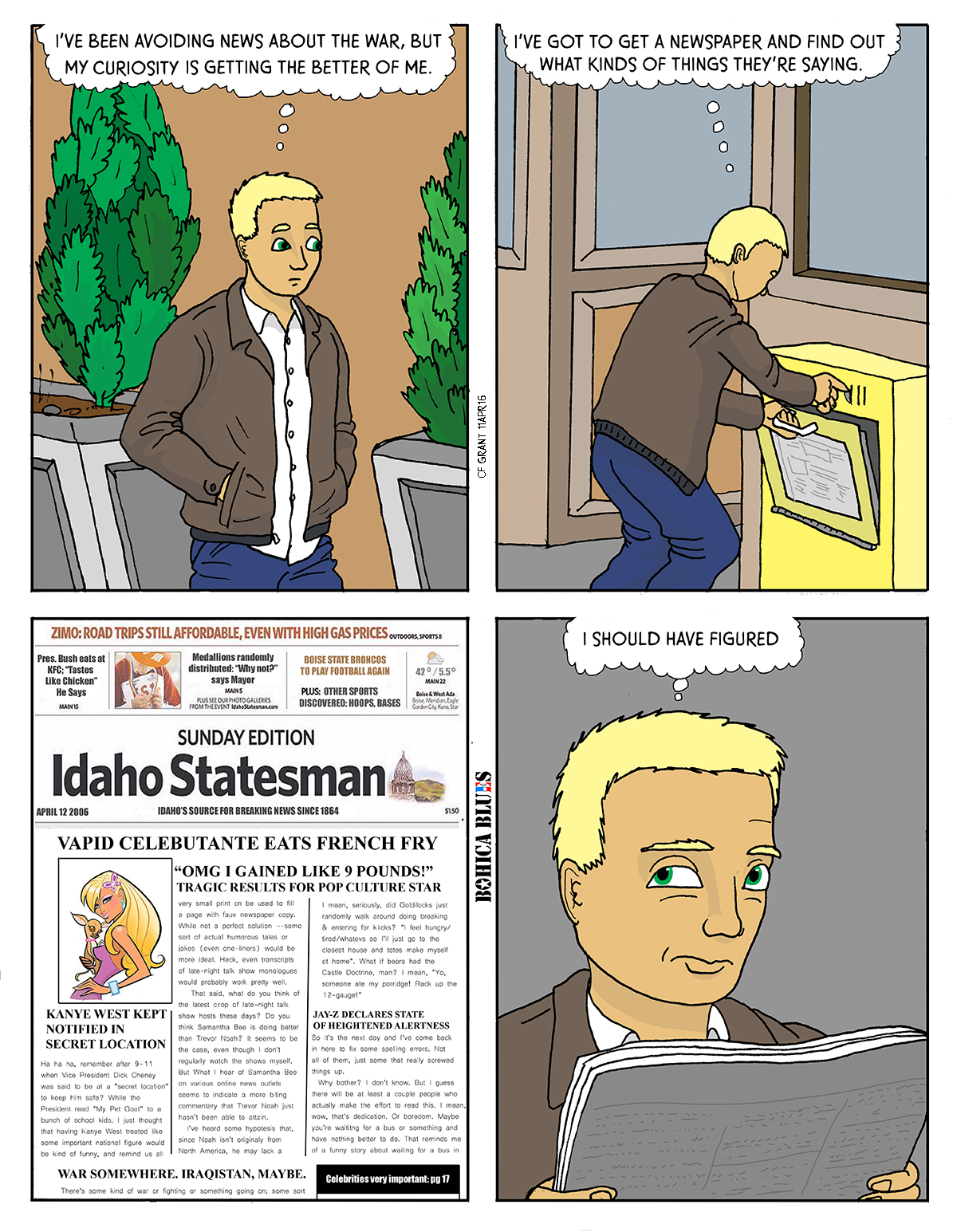 A Nose for News

I’m not just picking on the Idaho Statesman; I think pretty much every news outlet these days fixates on mundane things, celebrity gossip, sports and feel-good stories. There doesn’t seem to be a lot of real in-depth reporting and investigative journalism going on, unless you look in small independent papers. That’s all well and good for the reputations of the small independents, but they are frequently limited in scope and don’t have the resources to get into big, national or international stories.

We can blame the news organizations for letting us down and giving us an endless array of tabloid-style entertainment “news”, but the truth is, that’s what sells. Real, hard news frequently doesn’t “sell”. It’s depressing, or people don’t have the time in their work schedules to get into a piece of well-informed journalism, whether in a newspaper or broadcast. People only get interested in the big events that pop up every so often, and gloss over the day-to-day stuff, which can seem tedious. But it is in that day-to-day stuff that the big details are built into. A big attack happens because something was allowed to go on, day to day, and went unchallenged until someone, somewhere, reached a breaking point– then there’s a big headline everyone pays attention to for a couple days, but people are left wondering “where did that come from? What sparked that?”