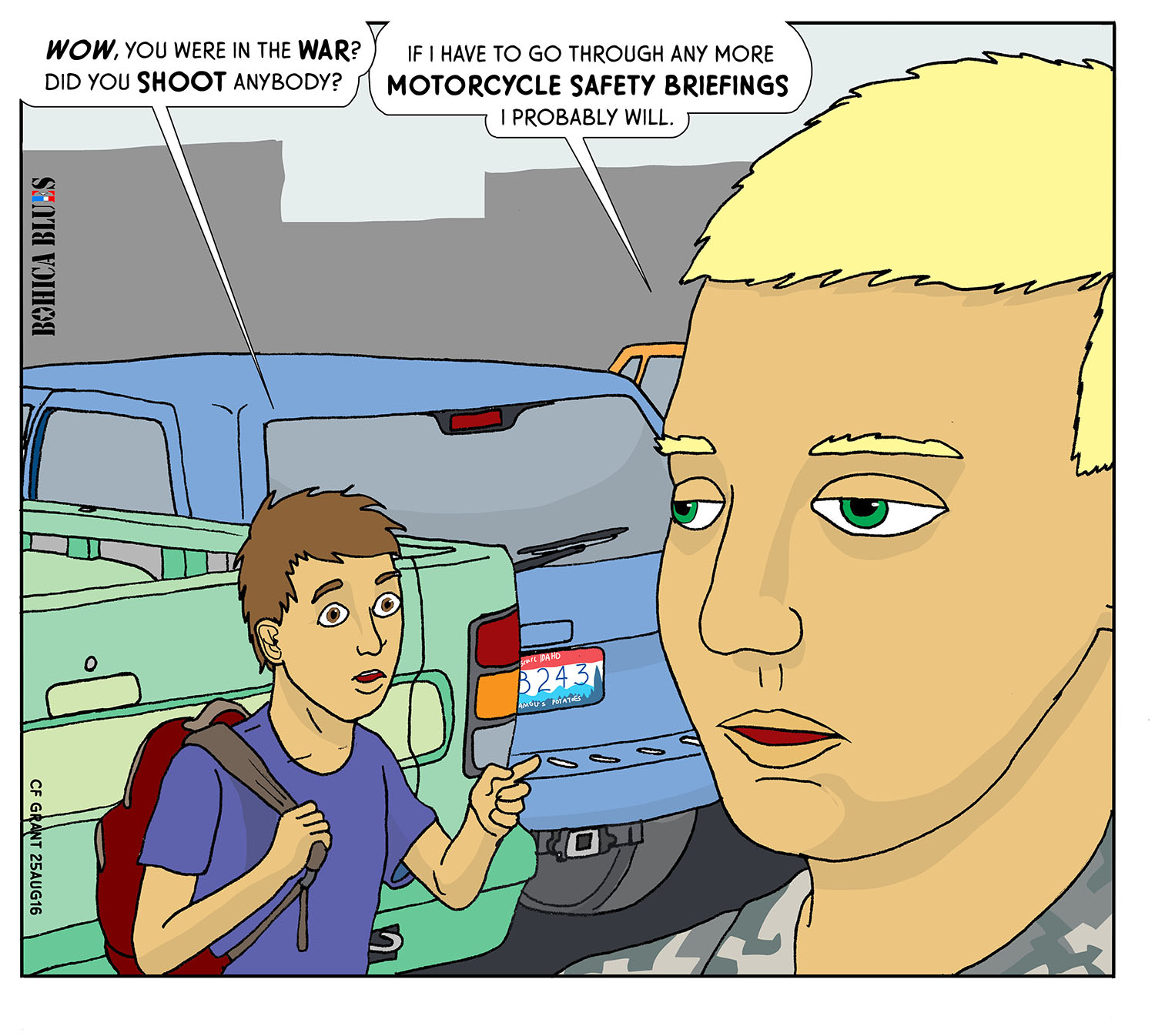 This is a reaction to a couple of different things veterans face. The first one, and obvious one, is when people ask “did you shoot anyone?” or “did you kill anybody?” It is best to just avoid that question, because whether the answer is “yes” or “no” it puts people in a really awkward place. Most adults know not to ask this, but kids might be fascinated by the facts of war because what they know are what they see on TV or movies, which is pretty sanitized: people just “fall down” and are gone in the next scene.

It’s also really awkward if you didn’t shoot anyone, and they seem… disappointed. Like, seriously, what? Where are your parents?

The other issue is more about the macabre humor we revel in. For instance, obviously no one will actually mock motorcycle safety. As I’ve mentioned before, I wear helmet and leather jacket even when it is stiflingly hot. But sometimes even the best ideas get turned into so much buzzing “white noise” that it becomes an object of mocking humor just to cope with it. The Army (and other services) also grapple with a suicide problem, and we get briefings on that a lot too. And as you can imagine, it’s only a matter of time before someone mutters, “If I have to attend another suicide briefing, I’m going to kill myself”. It is wrong on so many levels, and everyone knows it, but that’s the state of mind we end up in after having an ostensibly good idea or worthwhile cause become a treadmill to endure.