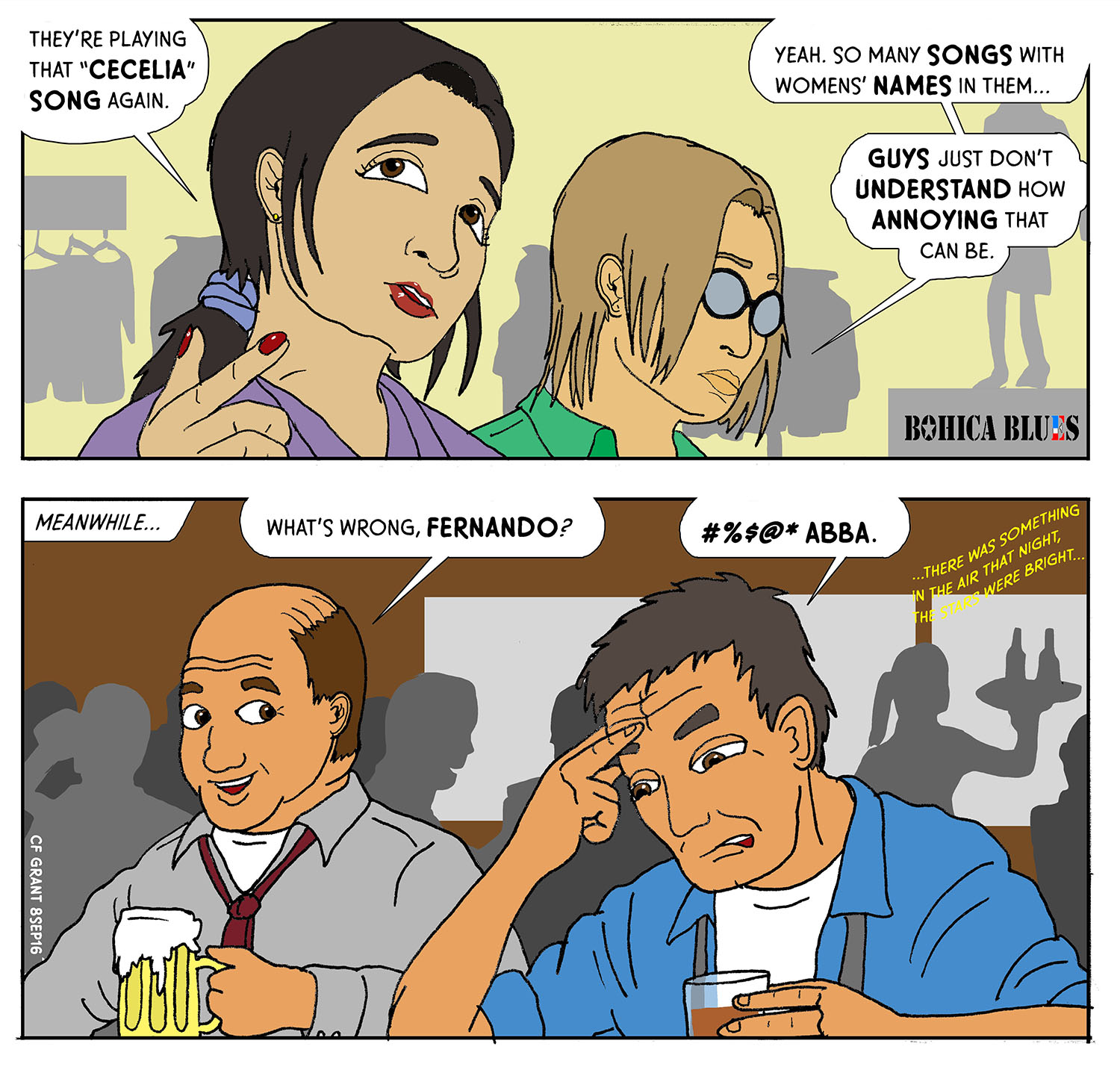 I know there’s a lot of songs with guys’ names in them, but there’s much, much more with womens’ names. So after my earlier comic about it I thought I’d expand on the theme. If you’re not familiar with the song “Fernando” or the group “ABBA”, first of all I have to say “how unfortunate!” and second of all I can say that I have given you more than enough information here to enter into a Google search.

Personally, I always thought it would be weird to have people playing a song with my name it it. On the one hand, I have a really common first name, but it doesn’t come up in a lot of songs for some reason. That bullet was dodged like Neo in the Matrix. (How many anachronisms can I fit in one post?)

ABBA was pretty much THE band for pop in the late 1970’s and to this day a lot of people really appreciate their songs and how they hearken back to a much more innocent and fun time. Some may say, “wait, what? The 1970’s, a time of innocence and fun?” Compared to today, yes, and that’s even with the retroscopic nostalgia fully engaged and aware.

And how many comics have “#%$@* ABBA” as their punchline? I mean, seriously? I’m breaking new ground here, folks.