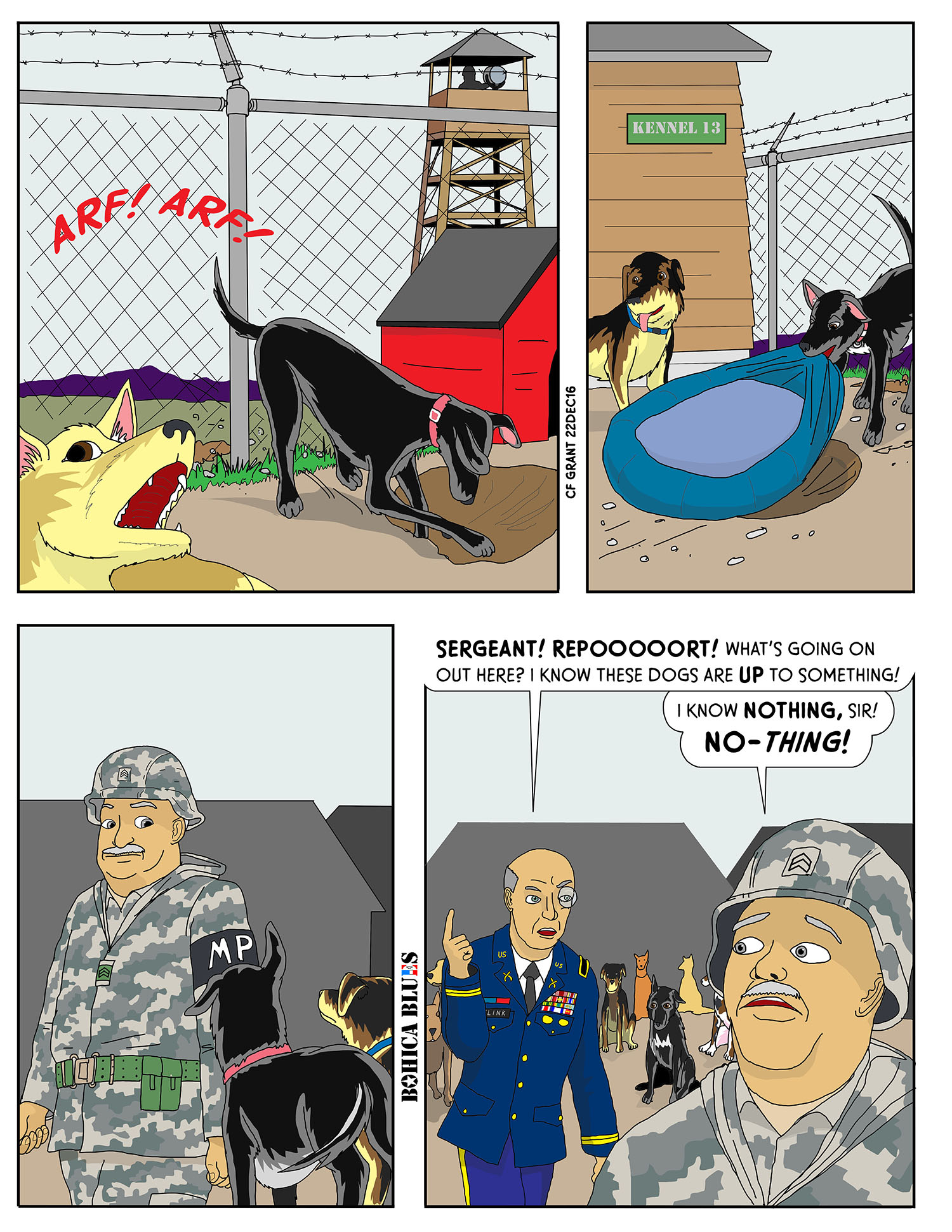 I sure hope enough people remember the classic TV show, “Hogan’sHeroes”… otherwise, today’s comic isn’t going to get too much traction. I loved watching re-runs of that show when I was growing up.

Originally, there was a movie called “The Great Escape” (based, very loosely, on an actual escape from a World War Two German prisoner-of-war camp) that inspired the creation of the TV comedy, “Hogan’s Heroes”. John Banner played Sergeant Schultz, and the part of Colonel Klink was played by Werner Klemperer. Interestingly, Klemperer was an Austrian Jew who had but one request when asked to play the part of Klink, the camp Commandant of Stalag 13: “Colonel Klink must always lose”. Rumor has it that the producers of the show asked if it was okay for Klink to believe he won, even if the audience knows he lost. Klemperer said that was acceptable, and so a classic TV character was born.

The character of “Colonel Klink” went on later to become the guardian angel of one Homer Simpson. Today in BOHICA Blues, modern day versions of Klink and Schultz reprise their roles… as the dogs plan their escape.