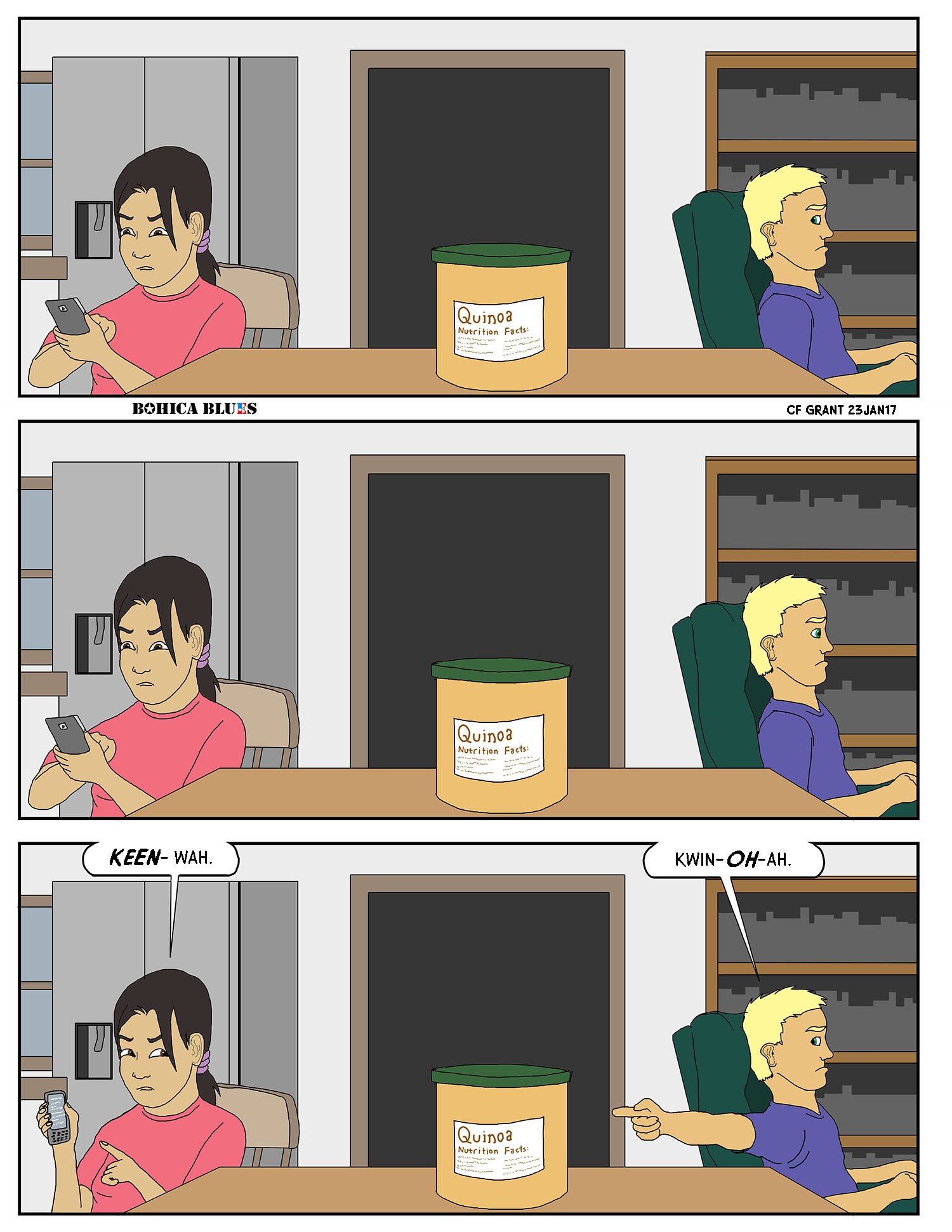 When I was young, I read a lot of books. I had a reading level that was three or four grades higher than my actual school placement level for my age group. This made up for utterly abysmal mathematics scores, I suppose. One of the things I consumed at an early age was the complete collection of Sherlock Holmes, by Arthur Conan Doyle. I also loved H.G. Welles, Jules Verne, and other old-fashioned fiction.

The point, and relevancy to the comic? I read a lot of crazy words from across time and continents, but I had never heard the words actually spoken. My vocabulary was a mish-mash of poorly-pronounced words that I had seen many times, and could spell in both American and British English standards, but had no idea how to speak out loud. Thus was it the first time I ran across the food item known as “Quinoa”.

It ties with the comic in that, also many years ago, there was a Sunday newspaper comic called “The Born Loser” about a late-middle-age couple living together and how their life had degenerated into a loveless passive-aggressive hell of mutual antagonistic emotional chess moves. Well, okay, that’s how I see it years after the fact. At the time it was essentially just a printed version of a sitcom. But one day, the man and his wife had a multi-panel set-up of silent glaring, until finally in the last panel, one of them said “Car-RIB-bean” and the other said “Car-rib-BE-an”. Arguing about how to pronounce “Caribbean”. Marginally funny to my pre-adolescent mind because it showed, to me, just what kind of silly things grown-ups ended up arguing about.

Now, years later and with my own experiences behind me, I cut the characters some slack because not only do we see things differently, pronounce them differently if we didn’t hear them spoken, but we look back and realize that we’ve probably all gotten pulled into some pointless arguments from time to time that make no sense afterward.