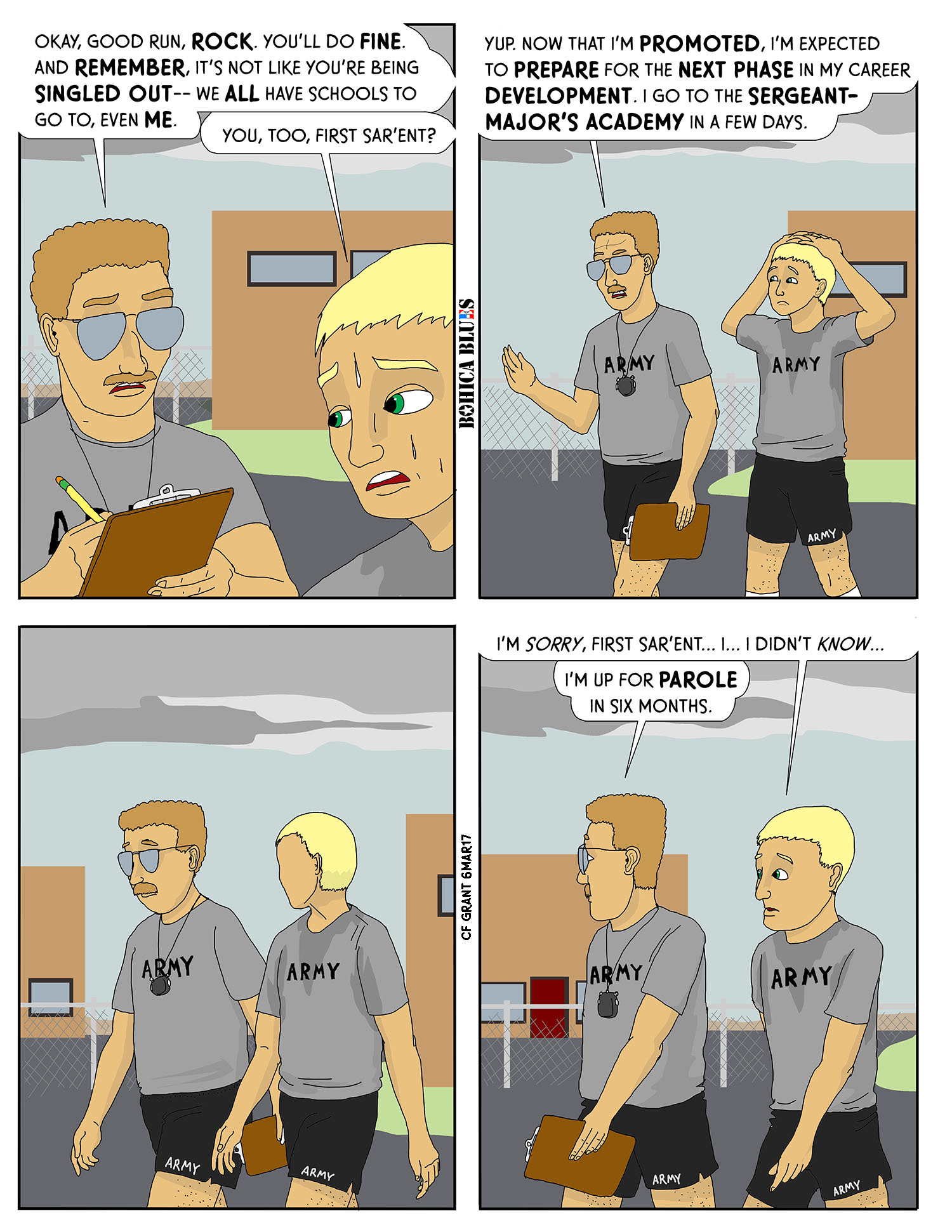 The Sergeant-Majors Academy for the US Army has many different courses, reflecting the many different types of duties that Sergeants-Major undertake, as well as different levels of responsibility. There are courses that focus on combat arms and courses that focus on administrative tasks, and the like. So really, going to “the Sergeant-Major Academy” could mean any of a number of different courses. The course I’ve heard is the worst is something called “Battle Staff”, which mostly focuses on thousands of different types of obscure tactical symbols and how and why they move around on maps. But nearly all of them require a long time at the Academy for residence courses.

Anyhow, First Sergeant Douglas Dawg is newly promoted, so now he has to go to start laying the groundwork for his next career advancement. The US Army –and, I assume, the other branches– are kind of weird in this. Barely have you been introduced to your new job when they start trying to push you into the next level. To me it always seems like they are filling your head with stuff you won’t really be able to implement for a long time, and you just have to “sit on” the knowledge until then… by which time you’ve forgotten some of it, and the rest of it has changed because of new standards or doctrines.