Knowing is Half the Battle 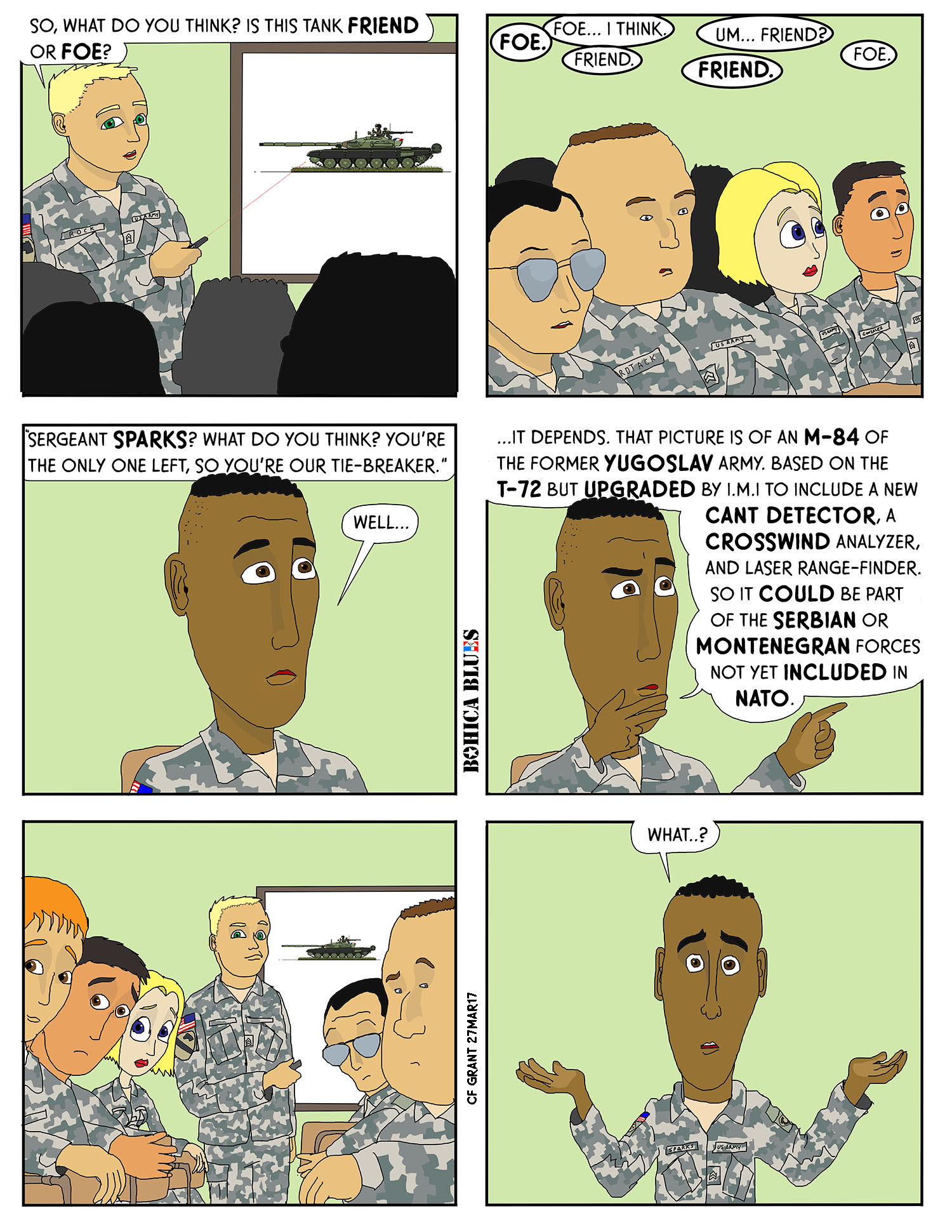 Knowing is Half the Battle

So a lot of learning at an NCO Academy is… classes on how to give classes. Everyone has to give at least one class, preferably more if there’s time. The reasons are obvious; one of the hardest things for people to do is get up in front of others and speak. But as an NCO (Non-Commissioned Officer), you not only have to speak in front of others on many occasions, you have to speak with authority on subjects in front of large groups. The military is full of classes every day, and someone has to give those classes, so various NCOs are picked (sometimes officers) to give presentations. Those NCOs have to study the subject and create a presentation.

Why not have one person be the official “teacher” for the unit? Because there are so many classes to give that any one person, or even a team, would become quickly exhausted. Preparing for classes would be a full-time job, since it isn’t just writing a quick speech copied from a book and reciting it in front of people. You need to come up with an objective for the class– a certain level of mastery (or at least familiarization) with the subject needs to be met. You need to anticipate questions, and hopefully bring something to the class that takes the basics in “the book” and make it relevant to that day’s class.

In this vein, we have an ages-old class called “A.F.V.I.D”, or “Armored Fighting Vehicles IDentification” classes. These used to be BIG deal classes back in the Cold War era, at least for combat arms units. Being able to tell if a armored vehicles was a “friend” or a “foe” (enemy) was the bare minimum for the subject; ideally we had to at least tell if it was “Warsaw Pact” or “NATO” and preferably if the vehicle was a tank, armored personnel carrier, anti-aircraft, or so on. Most people could get the “friend or foe” part (sometimes “shoot”/”don’t shoot”) and many could at least tell tanks from troop transports since we worked with these sorts of vehicles all the time in combat arms units.

Then you had those annoying guys who somehow just *knew* all this stuff. I will go ahead and admit that in my unit, I was that annoying guy. When I was a kid my parents took me to a park and there was an old World War Two era Sherman tank to climb on. I climbed on every inch of that tank and got to know it well. I would later watch World War Two movies and note (with disappointment) that the tanks featured in the movies looked nothing like the Shermans they were supposed to be. I started learning how to look at tanks and tell them apart, shapes and angles and design features and the like. By the time I was in A.F.V.I.D class, I could tell people that the flash card we were presented wasn’t just an enemy or a friend, but that it was specifically a BTR-70 from the Group of Soviet Forces in East Germany, and so on. People would stare at me and I’d mumble something about how it was obvious from the turret insignia or the bumper numbers or how a certain modification was only used by some units and not others, and people just wondered what I was doing with my spare time. They tried putting me in charge of A.F.V.I.D classes for awhile, but I was a bit too specialized for it, since I brought really obscure stuff such as Yugoslavian anti-aircraft vehicles and “ringers” like the Israeli T-67 and “Akhzarit” armored personnel carriers that were made from old T-55 tank chassis– basically, vehicles from captured enemy stocks that were re-purposed by allied nations.

These days, A.F.V.I.D class is just a formality, and barely touched on. Probably because, after the Cold War, so many Warsaw Pact countries re-aligned with the West but kept their Russian-designed equipment for such a long time. A tank like the T-72 was as likely to be an allied vehicle as an enemy vehicle, and it would just muddy the waters to try to teach all the different variations that are unique to each country.