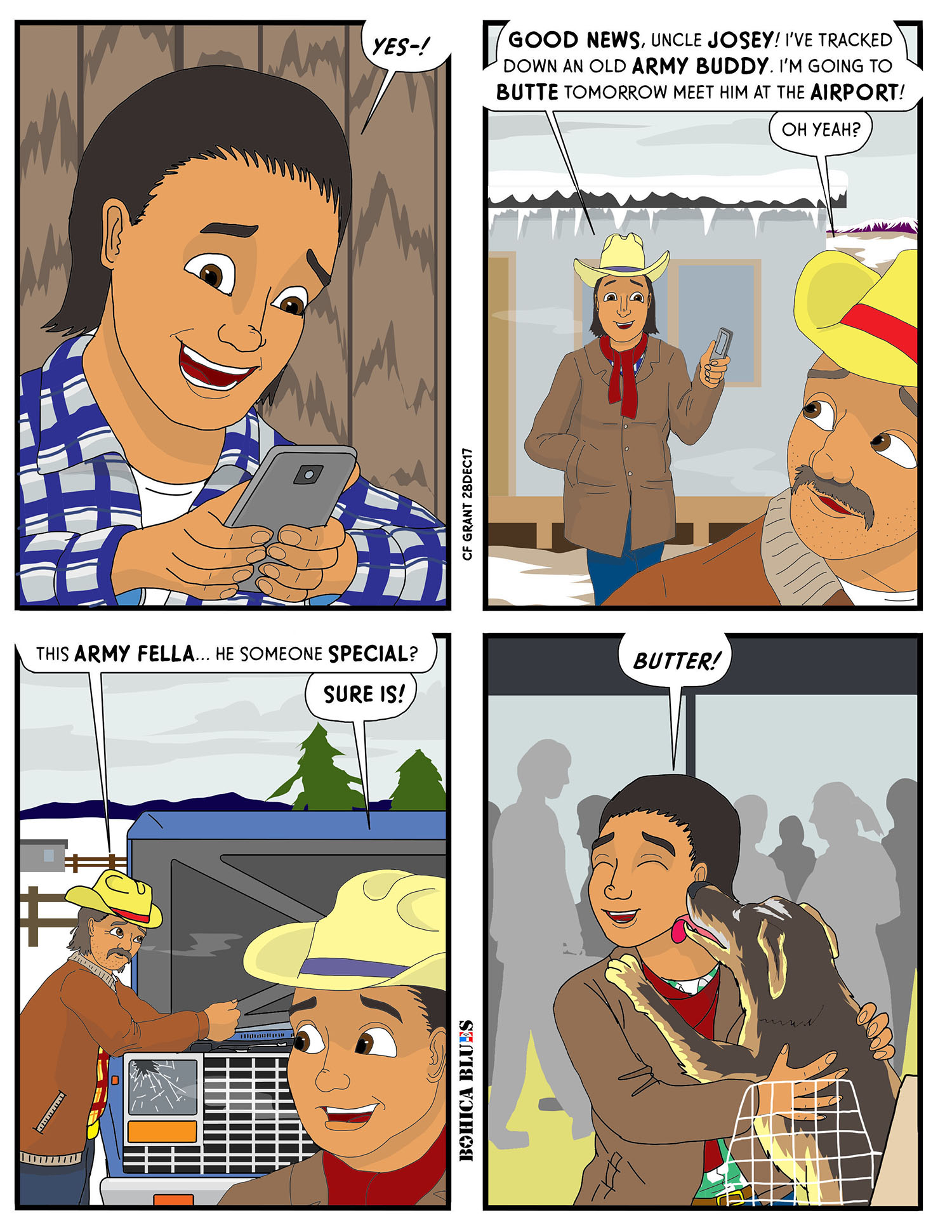 What can I say? There’s a bond between people who risk their lives for an deal higher than themselves. Troops of all branches, as well as firefighters and police, and medical professionals, who may not risk *their* lives directly (some do) but we put our lives in their hands, so they’re peers of a sort. I wouldn’t want to stumble through life without them.

And then there’s our beloved animals. There were our dogs and horses and oxen and others, over time, that made our civilization possible. Eventually most of the duties of our animals were replaced by machines but a special bond remains between humans and canines. They sniff out mines, interdict drugs, and find our lost brothers and sisters. When all else fails, they sniff out our missing dead.

A bond that exists between troops in the field is pretty solid. Soldiers rely on their fire team, Marines and Navy corpsmen, pilots and their air crews, and so on. A dog handler and their canine is like that, too. Wendy Two-Feathers relied on her dog, Butter, to ease life in Iraq, and now they can be reunited. A lot of dogs and their handlers are reunited –no doubt for the better for both of them– whenever possible. Otherwise, service dogs (military and police) can be out up for adoption and taken to anyone’s home. Consider taking a veteran into your home –humanity’s best friend.