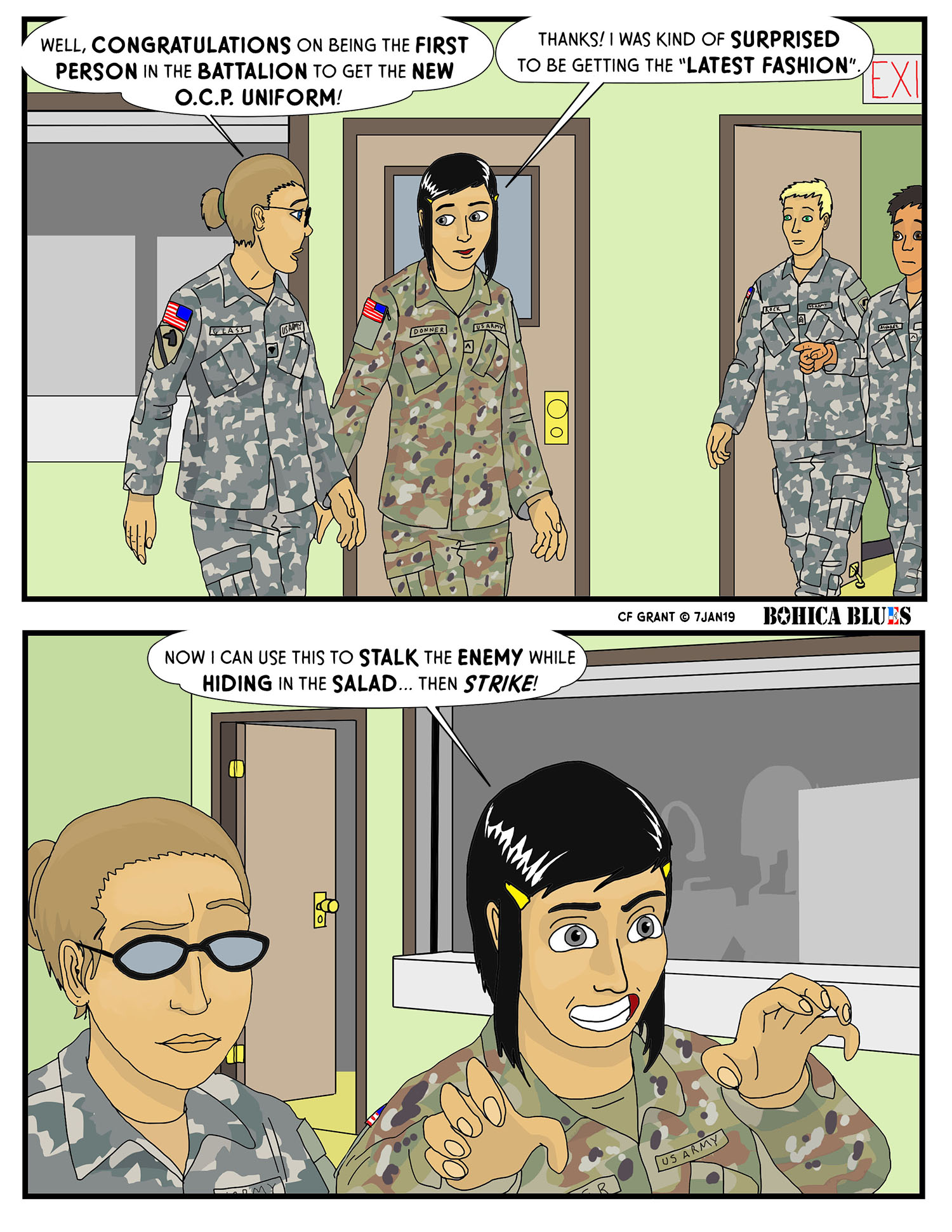 I remember the old B.D.U.s, or Battle Dress Uniforms– the “Woodland” camouflage pattern that is one of the most widely-recognized and used patterns in the world. It was based on greens and browns and blacks, and was relatively effective. In fact, the earliest BOHICA Blues comics featured the characters wearing those.

Then of course the Army switched to the sort of grayish-green A.C.U.s, or Army Combat Uniforms, the digital ones that everyone thought were just awful. As I’ve mentioned before, it was an attempt to be a universal camouflage, something that blends in anywhere. Of course, something that “sorta blends in anywhere” doesn’t really blend in anywhere at all in the long run. In one of the most notable recent boondoggles of the time, the ACU was pressed into service, all our field gear was quickly made to have the same pattern, and then after a few years it was pushed out of service to be replaced with the new “O.C.P.” or “Operational Camouflage Uniform.”

This camouflage goes back to the color schemes of browns, greens, and some blacks, but the patterns are arranged in very different ways– I actually intend to do a video highlighting the difference at some point soon. I will, by far, not be the only person to have done so; there are a lot of camouflage videos on YouTube, especially comparing the new OCP with the old BDU. I just want to do some videos about camouflage, since I draw so much of it here at BOHICA Blues.

I personally have taken to calling the new camouflage the “salad suit” and I hope others join me in this endeavor. But for now, Donner –freshly returned from Basic Training and Advanced Individual Training where she got issued the newest stuff– is the only one in the 213th with the new uniform.