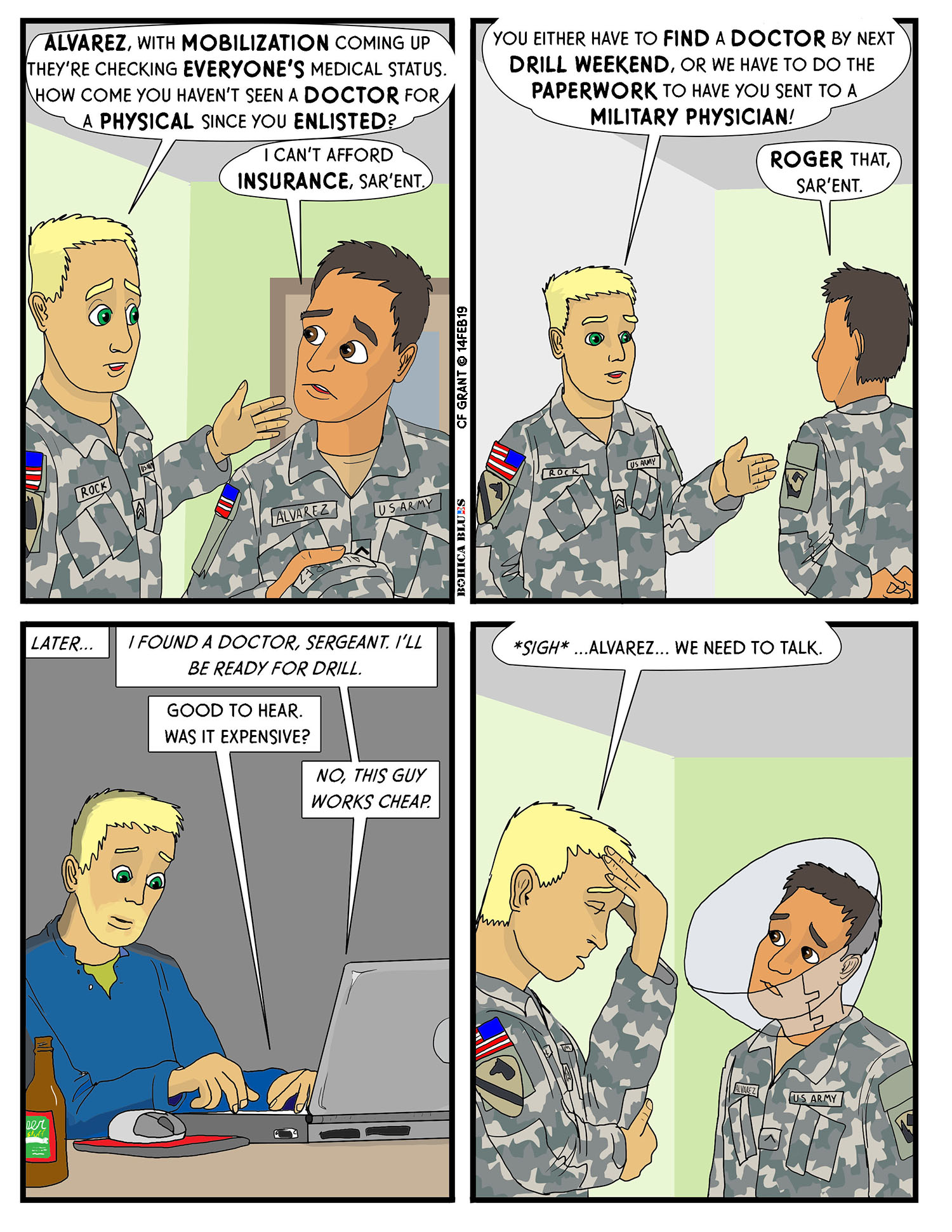 Troops need constant care, but in this day and age, who can keep up with the complicated maintenance that is required? Really, the Army will try to get people to go to doctor’s appointments and I was in one unit that was very pro-active about this– a little too pro-active, in my opinion; they were flat-out intrusive and you were no sooner done with one random appoint when another one popped up a week later.

The Army Reserves had a “Reserve Health Readiness Program” and appointments could be scheduled automatically by the unit and coordinate through voicemail. Sounds easy-peasy, doesn’t it? But it seemed like every month there was some random appointment being scheduled and messages were being left for you on your phone. They would try to call three times and if they couldn’t get ahold of you, then they would call your unit and inform them that you were “non-compliant” (without mentioning that they only tried to call you during work hours, when many people can’t answer their personal phones for various reasons).

The most annoying thing about it was that there didn’t seem to be any way to stack all these so-called “necessary” appointments into one doctor visit. No, it was a flu shot one day, then next week an eye exam, three weeks later a hearing test, two weeks after that a physical… and so on.

To be honest, there was only one unit I was in that did that, and it was probably my most unsatisfying military experience. I was an OC/T (Observer-Controller Trainer) for 1st Army, and scheduling constant health checks on us was about the only thing they were efficient and pro-active about. It was so bad that I seriously began to wonder if the Unit Administrator was somehow getting kickbacks from the Reserve Health Readiness Program for funneling so many soldiers through their process.

So, yes, the Army can and will find a doctor for you and send you, and that doctor will probably be three counties away and only takes patients at 5:30 am before the night of the Full Moon, or something equally annoying. So I understand Alvarez’s desperation to avoid it all, but seriously, I hope he at least got a treat afterwards.