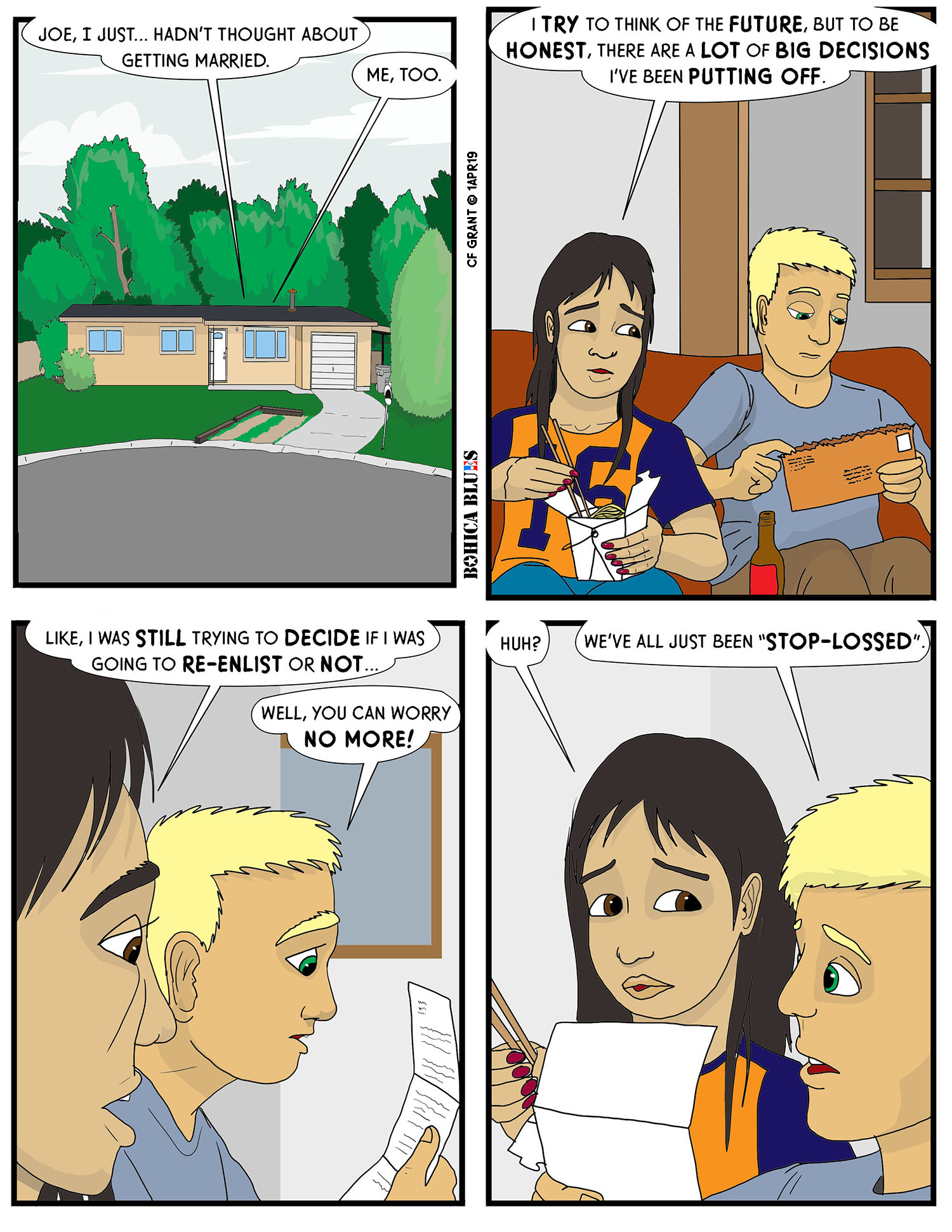 I’ve touched on Juni’s thoughts on re-enlisting for some time; I personally was one of those people who didn’t think much about re-enlisting one way or another until the decision was almost immediately upon me, and then I had to quickly assess how my life was doing and how the Army fit in it– and typically I’d reenlist as a sort of snap decision.

But in reality it wasn’t much of a snap decision, made 100% on impulse. For much of my life I had no real stability and nothing to count on, but monthly weekend drills and a two-week Annual Training provided some sense of structure. I think I always knew I was going to re-enlist (unless some winning lottery fell in my lap or something equally unlikely) but never really made plans or thought about it much.

Despite this, I never really made long-term plans about it, either. Every decision to re-enlist was a short term decision, so after many years I suddenly looked back and realized, to my surprise, that I had strung together several years’ worth of short-term plans and found myself deeply invested. By the time the Iraq War rolled around, I had no fear of “Stop-Loss”.

“Stop-Loss”, on the other hand, was a source of dread for many in the military, in all branches. What it means is that, if you enlisted for four years (for example) and you’d been in for three years and a few months, you were a “pending loss”. If your unit got deployment orders, then your enlistment in the military was involuntarily extended for the duration of the planned deployment. If the unit was going to be deployed for a year, then you ended up with a 5-year enlistment, whether you liked it or not. There were legal arguments and complaints and protests, and some tried to sue, and for awhile the military offered monetary compensation, a sort of “involuntarily re-enlistment bonus”, to people affected.

The problem is not new, either. In the Revolutionary War, the War of 1812, and the Civil War, troops enlisted for contracts of a certain period of time, and when that period of time ended, it was not uncommon for soldiers to just walk away from their units, regardless of the situation in the field. This was much easier when home was a few days walk away, rather than a world away. But it happened.

Now the 213th personnel have been “Stop-Lossed”, so all pending losses from enlistment contract expiration are declared null and void until the unit fulfills its mission. Juni had waited a bit too long to decide, for the usual reasons: the stability and guarantee of weekend drill pay, the veteran benefits… weighed against the commitment of time and energy on things when you might rather be enjoying a personal life.

For the record, Juni was considering staying in, but just barely. One of those “51% to 49%” types of decisions. Now the decision is made for her.