It Changes A Person 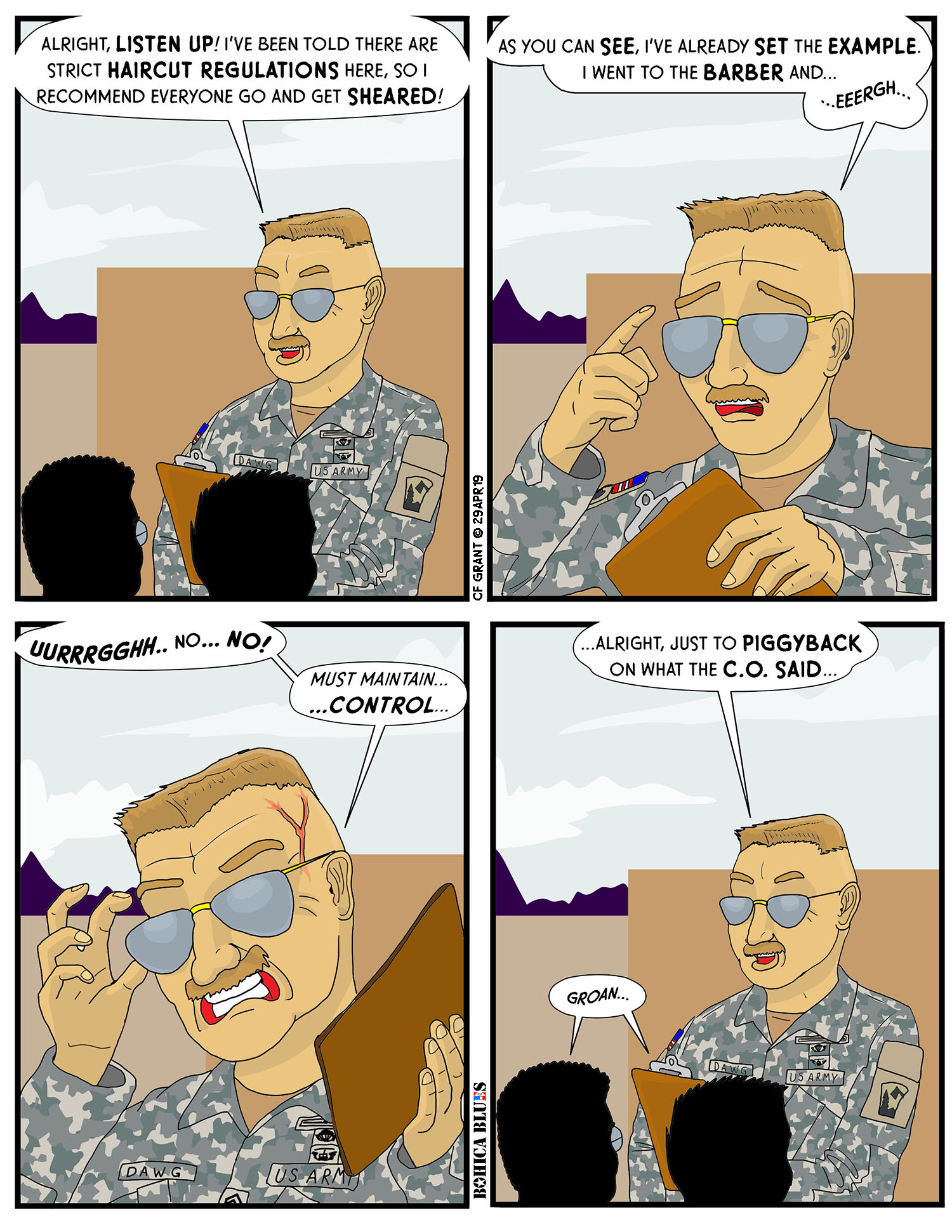 It Changes A Person

The military frequently has events called a “formation”, a place and time where everyone in the unit is gathered together, organized by Platoon and Squad, and the powers-that-be (usually the 1st Sergeant, but also many times the C.O., or Commanding Officer) passes on necessary information to everyone all at once. Most of the time in the Reserves and Guard, these formations happen first thing at the beginning of weekend drill –to lay out the goals for the weekend– and at the end of drill –to let people know what benchmarks for success were met, and to lay out next months goals.
The formation at the end of drill is the last thing to endure before being released for the weekend, so that is one formation that troops do not want the powers-that-be to be all long-winded and drone on and on.
There are certain words and phrases that you hear in formation that guarantee that “droning on and on” is exactly what is about to happen. One of those phrases is “…just to piggyback on what the C.O. said…” You see, most of the time the First Sergeant that utters this phrase is just going to pointlessly repeat anything the Commanding Officer said, ad nauseum, with a bit commentary and interpretation that is simultaneously redundant and yet cannot be ignored.
There are ways you can tell whether or not this fate awaits you.
Now, in the Reserves and Guard, we have to adhere to the same haircut regulations as the regular Army, but there is a reputation that we don’t, and let it grow out. And you know what? Maybe, just a bit, very minor hair stuff is overlooked. A little. Not much.
On the other hand, there are the guys that are really, really into the hard-core haircut regulations. And when those guys are the guys running the show (and that happens a lot), then they are more likely to be the types of 1st Sergeant that says things like “…just to piggyback on what the C.O. said…”
The more hard-core the haircut, the more likely you are to be held up by pointless nonsense. You’ve been warned.