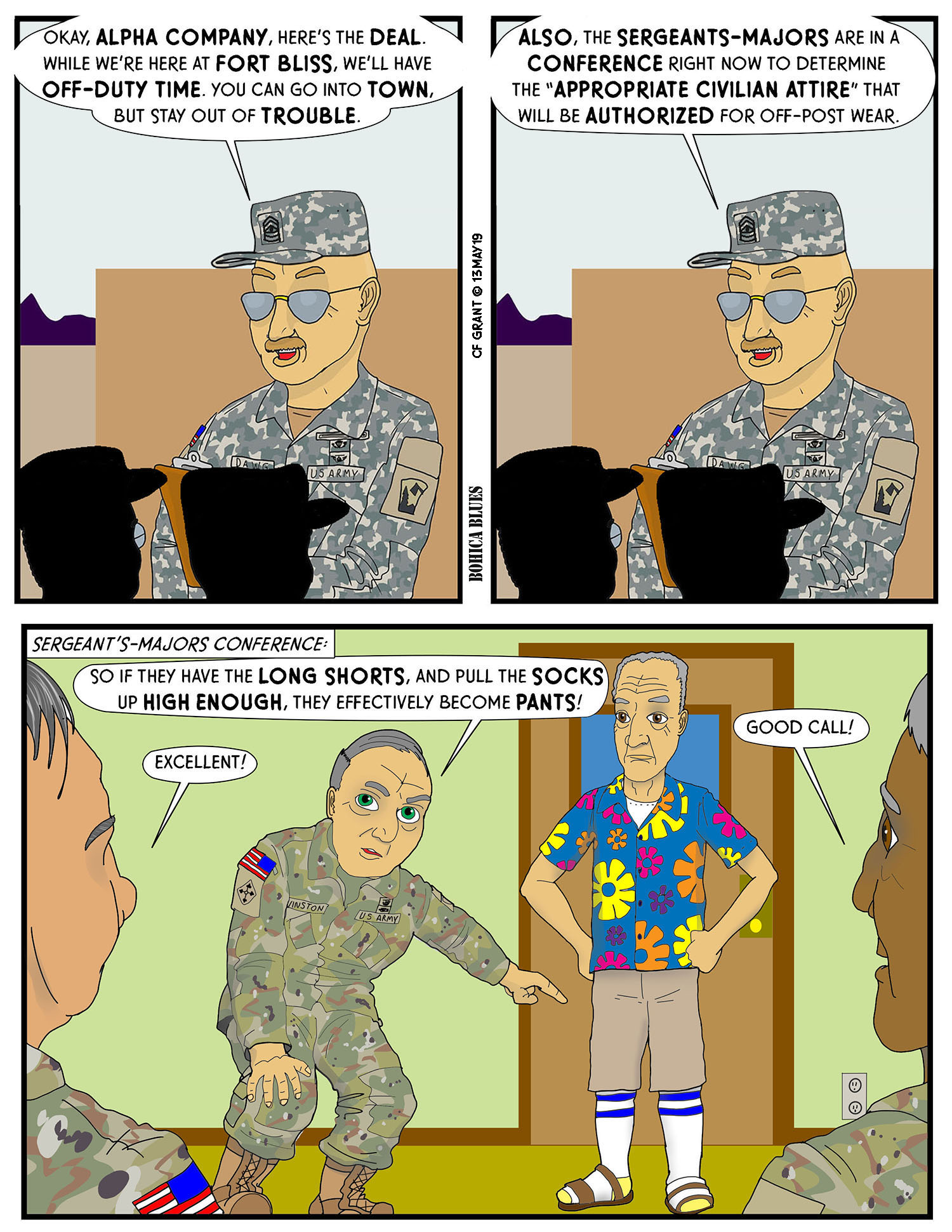 In military slang, civilian clothes are frequently referred to as “civvies”. It is always refreshing to see on a packing list for training or deployment, because it means that some level of free time can be expected. This is (or course) better than just days of slow duty or minimal duty –frequently on Sundays– where you have to still be in uniform but you won’t have to do very much. By having to remain in uniform, you could end up being thrown into some unexpected but “necessary” task.

Generally the Army understands that you need a bit of a break from time to time. The longer you are at a training location, the more likely you’ll be allowed a day or two off, a weekend, or maybe work a few days of regular work hours with evenings off. What could go wrong?

Well, for one, a Sergeant-Major can get involved. Even worse, a whole bunch of Sergeants-Major can get involved and you can have a committee of them deciding things that will affect your time off. While your time off is largely your own, the Army can determine certain rules of behavior or attire that you are still expected to adhere to even in your off-time. They can determine what is “appropriate” civilian attire. The problem is, of course, this is always subjective to the people making the decisions (the aforementioned Sergeants-Major) and they will tend to default to what they know and feel comfortable with, which is usually the textile version of Dad Bod or something like it.

Sergeants-Major in their off time almost always seem to default to “long shorts”, and sandals with socks pulled up high. I always wondered why they didn’t just wear pants, but maybe there’s a method to the madness somewhere I haven’t figured out yet. The Hawaiian style shirt is just an added flair.

And while “Sergeants-Major” is the proper term for two or more of them, in everyday use they usually get called Sergeant-Majors or Sergeants-Majors— or when said fast, it sounds a lot like “Sarn’Majors”. If you ever want to see a regular Sergeant do a face-palm, just have a Sergeant-Manor come up and say “I’ve had a Good Idea…!”