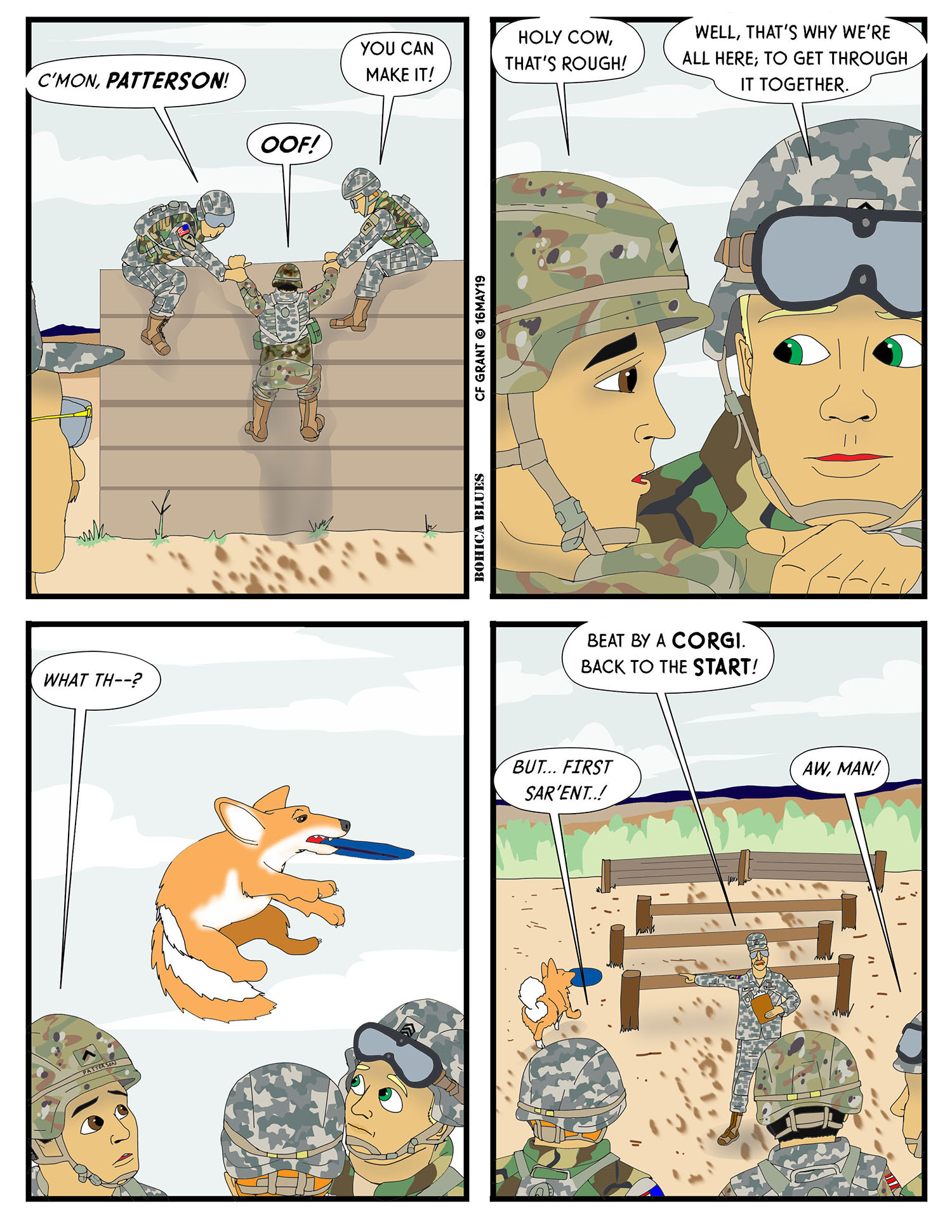 I watched a short video –don’t remember where, probably Facebook or YouTube– of dogs doing crazy athletic stuff. Catching balls and Frisbees in midair, leaping crazy distances, etc. Some of them were Police dogs doing criminal takedowns of fleeing suspects, where it looks like the dog sails through the air for 10+ feet before impacting with the target suspect; that sort of thing.

It reminded me of when I took one of my dogs to obedience training (for all the good that did) and the topic of active dogs was addressed. The trainer mentioned that dogs are “natural athletes” and I have to admit I think there’s some truth to that. Sure, you can over-feed and over-spoil a dog to the point where they become fat and lazy, but the natural inclination of a dog (in my opinion) is one of activity.

It was about this time that an acquaintance mentioned to me an idea about the guys being at an obstacle course and being outperformed by a dog; she “volunteered” the efforts of her juvenile Corgi, Griffen. I found the idea of a dog being in better shape than the characters funny, but a Corgi, with their stumpy little legs, being icing on the cake. This also sets us up for the next comic, which you’ll just have to wait for.