Are You Testing Me? 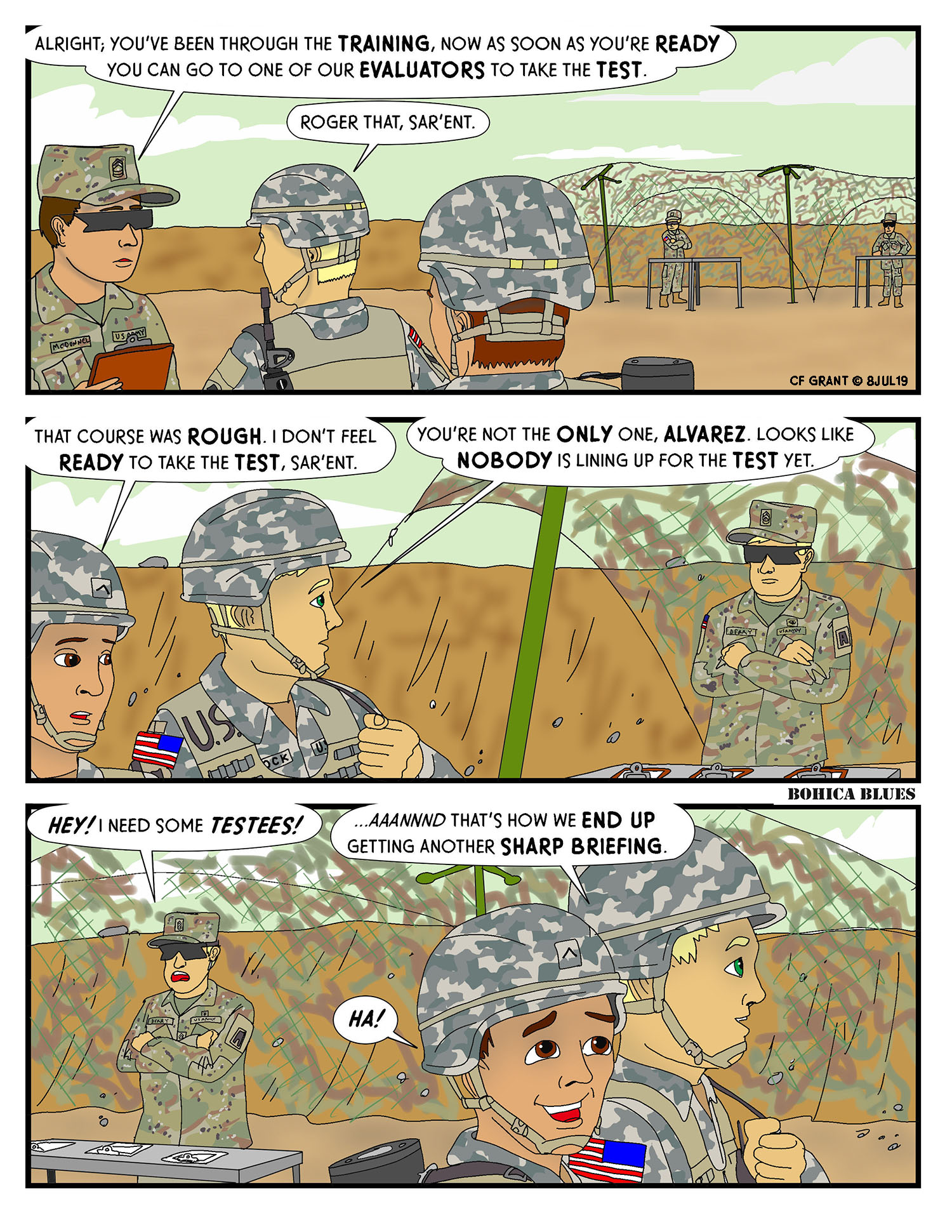 Are You Testing Me?

This has been one of the funny moments in my past that I wanted to fir into the comic for some time. I never really saw a good time or way to fit it into the narrative, but I decided to just make a go of it anyway.

So, this actually happened, but for me it was all the way back in Basic Training, not at a mobilization site. I was a young kid and had just finished NBC (Nuclear, Biological, and Chemical) warfare training. We had learned how to don our protective masks, put on and take off our protective suits in proper decontamination style, and so on. It was one of our first actual tasks and it was a bit overwhelming to a lot of us.

We trained and were told to go to the NCOs in charge of the range (all training fields are called “ranges” even if there is no shooting involved) for our final test. A lot of us were hesitant.

And so it was, in all seriousness, that one of the sergeants running the testing stood up and shouted, loudly, “I need some testees!” Of course he meant that he was administrating the test, and so he was the tester; people taking the test would be the “testees”. But it sounded like he was asking someone to loan him some testicles.

I don’t think he knew exactly what he was saying and how it would sound, but after the ripple of laughter that went though the nervous recruits that day, I suppose he caught on pretty quick.