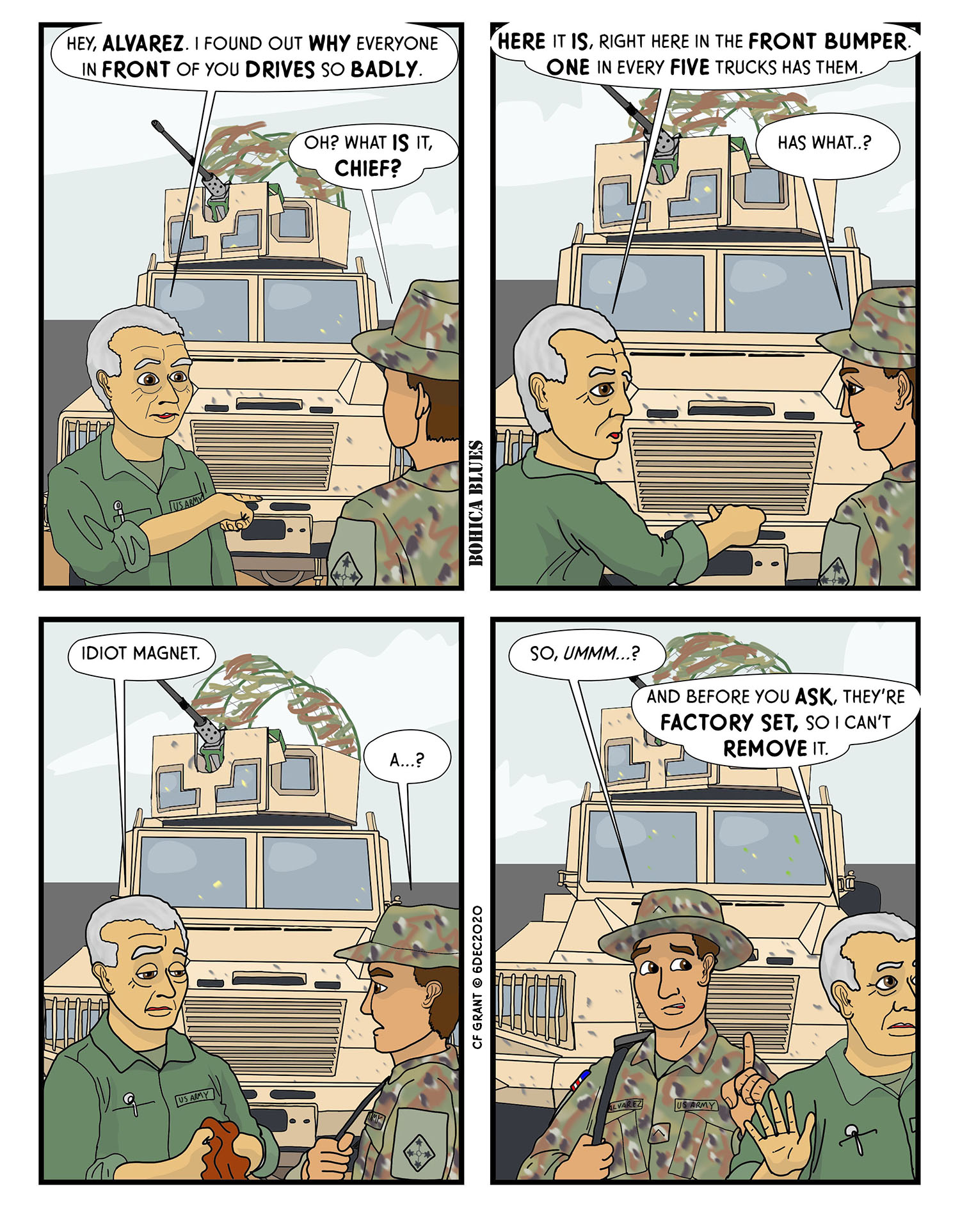 I’ve had this personal hypothesis for some time now that –when I seem to get a lot of crappy drivers in one day– I have some sort of “idiot magnet” in the front bumper of my vehicle, and it is active.

I got to bring back the mechanic, Chief Warrant Officer Ben McCoby, to the comic for this one. He’s kind of a favorite of mine but I don’t have a lot of opportunity to feature him. Ben McCoby is of course a master mechanic and as such has essentially Jedi-like powers to accomplish the impossible, especially in the harsh conditions of Iraq. His name is a play on “Ben Kenobi” of Star Wars.

Of course, even a Master Jedi Mechanic can only do so much, and unfortunately no one can ever seem to fix or remove an idiot magnet from the front bumper of a vehicle once it has been set.

Still, while many groups of people excelled in their jobs while we were deployed, I always give a special shout-out to the mechanics, who always seemed to do more than was expected or at times even hoped. We had some great mechanics over there, able to bring dead Humvees and 5-tons back to life practically overnight. Magic? Holy Water? Jedi powers? Or did we end up driving zombie vehicles and not know it? It was probably zombie vehicles, but hey, we got the job done thanks to the mechanics.