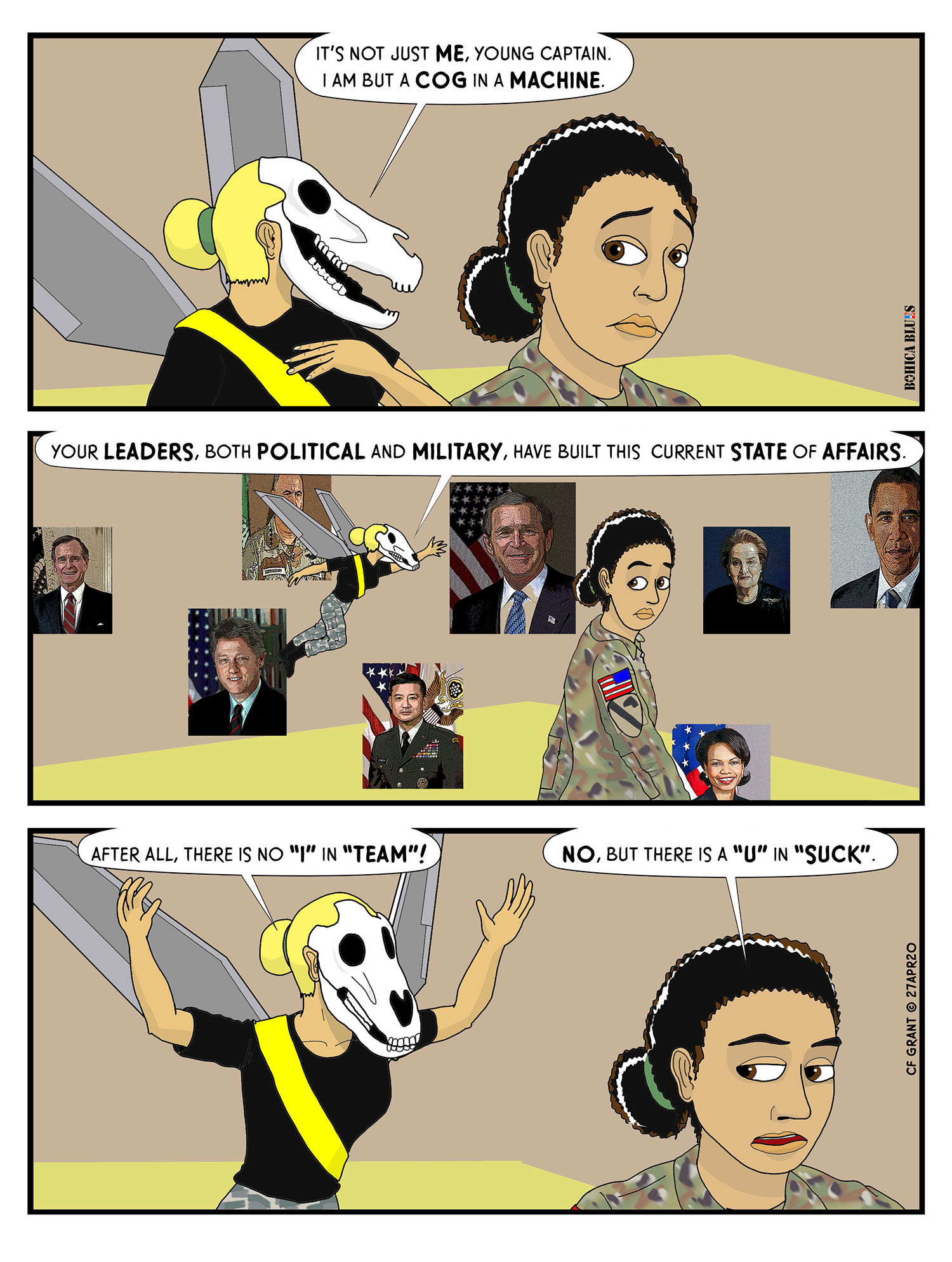 No one really likes the Good Idea Fairy, except perhaps the people who think they’ve stumbled across the latest “good idea”. Usually in the Good Idea Fairy’s wake is a succession of people who have had their workloads increased or made more dangerous so that someone who won’t have to suffer any of it can look good to others.

I put a lot of pictures of past political and military leaders in the second panel but by no means should the reader think that the Good Idea Fairy *only* haunts the decisions of the high-up and powerful. No, in truth, I see her influence mostly in the minds of middle management types, people who are desperately seeking some way to “shine” and stand out above their peers. And of course the influence of politicians ruining things with “good ideas” goes back much farther than George HW Bush– problems in the Middle East alone go back much farther, but I only had limited space. I picked him as a starting image since as far as involvement specifically in Iraq goes, his 1991 invasion order was a pretty solid starting point to work with. I didn’t picture Donald Trump since the BOHICA Blues story takes place about 10 years in the past, on the average, so in the story he is not yet a factor.

Anyone in a position of power or influence over other peoples’ jobs must always be ready to ask themselves if the good idea they’ve just had really *is* a good idea or not. A leader doesn’t have to be liked or popular, but at the same time there’s no need to add to peoples’ burdens if the outcome is of negligible benefit.