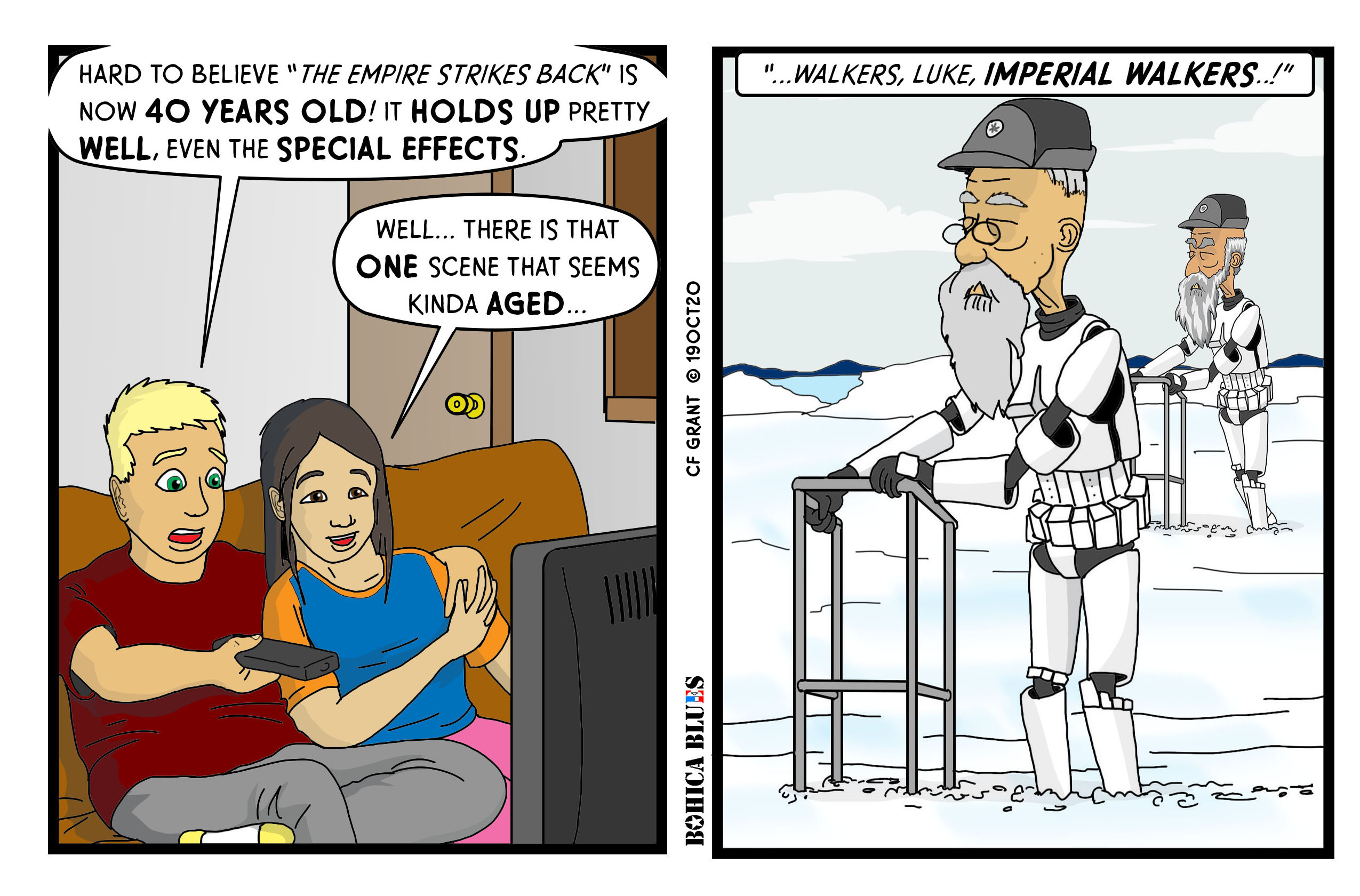 “The Empire Strikes Back” came out in 1980… that was FORTY years ago!

Do YOU feel old now? Or was the original trilogy always “classical music” to you!? Remember those old days of stop-motion animation? It had reached its peak a few years after “The Empire Strikes Back” and (at least in my opinion) with the excellent “Wallace and Gromit” series from Aardman Animation’s “claymation” series.

A few short years after that, *everything* was replaced by CGI. I don’t have a problem with CGI but sometimes it does feel like it is leaned on too much… and maybe something was lost in the discipline and the art. I admired the stop-motion but especially the physical model makers, building plastic monstrosities that were sometimes bigger than the people building them… and painstakingly lighted internally, wired with coolant fans, and all that. As a kid, I liked knowing that somewhere out there, a real, physical hands-on model existed somewhere, and that meant that maybe… just *maybe*, I cold have a model of it too.

It’s amazing how time passes so quickly, sometimes without even noticing. I still remember my feelings and impressions from the “Return of the Jedi” as a kid, and think of the prequels as “the new movies” and the latest trilogy as something that just stepped out of a flying saucer and introduced itself.

I hope you enjoyed this, and will post more soon. I have at least four more BOHICA Blues comics in the works, two of which have already been posted to Patreon (this one was posted in Patreon a week ago, and another one will be posted in a few days at Patreon and a week later here). Join Patreon to get access to BOHICA Blues early as well as over over a thousand other images not shared to the general public!
https://www.patreon.com/Coyote