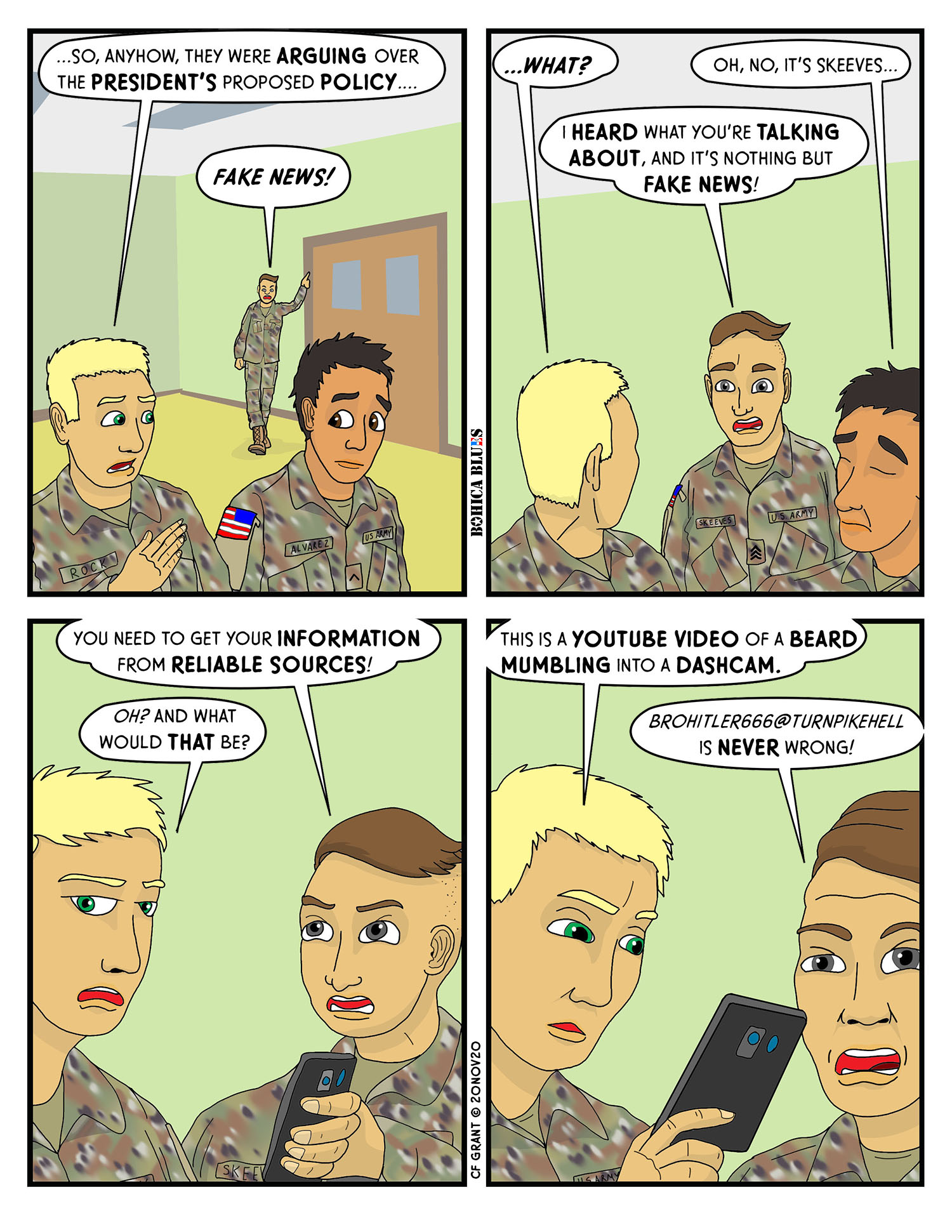 Generally, troops don’t talk politics. Sure, they’ll talk about “unit politics”, the maneuverings of people within the unit for commands or positions or coveted assignments, but generally not national politics. Still, there’s always “that guy” in the unit that is waaaaayyyy too political and is always going on about some political subject or another.

Some people who have been long-time readers here at BOHICA Blues may remember Sergeant Skeeves. He was a character I used to portray some of the more “skeevy” individuals that crop up from time to time in just about any work setting. He seemed like the perfect guy to be “that guy” for this as well, so I brought him back and put him to work once more.

Skeeves was, at one point, a Sergeant but got busted down to “Sub-Private” (a rank created just for him, as an E-negative-1 he had to pay the Army for the privilege of being there) and slowly worked his way back up. It is possible to bust down and climb back up if a person is willing to stay in and make the effort, after all, your schools and qualifications are technically still valid even if you’ve had a disciplinary infraction.

Of course sometimes people are forcibly separated if their infractions are severe enough, but of course “being a jerk” usually isn’t considered sever enough. Actual felony crimes, however, would typically qualify for separation. Skeeves knows how to stay just north of that.
This comic will post in about a few days at the regular site, so see you there as well!