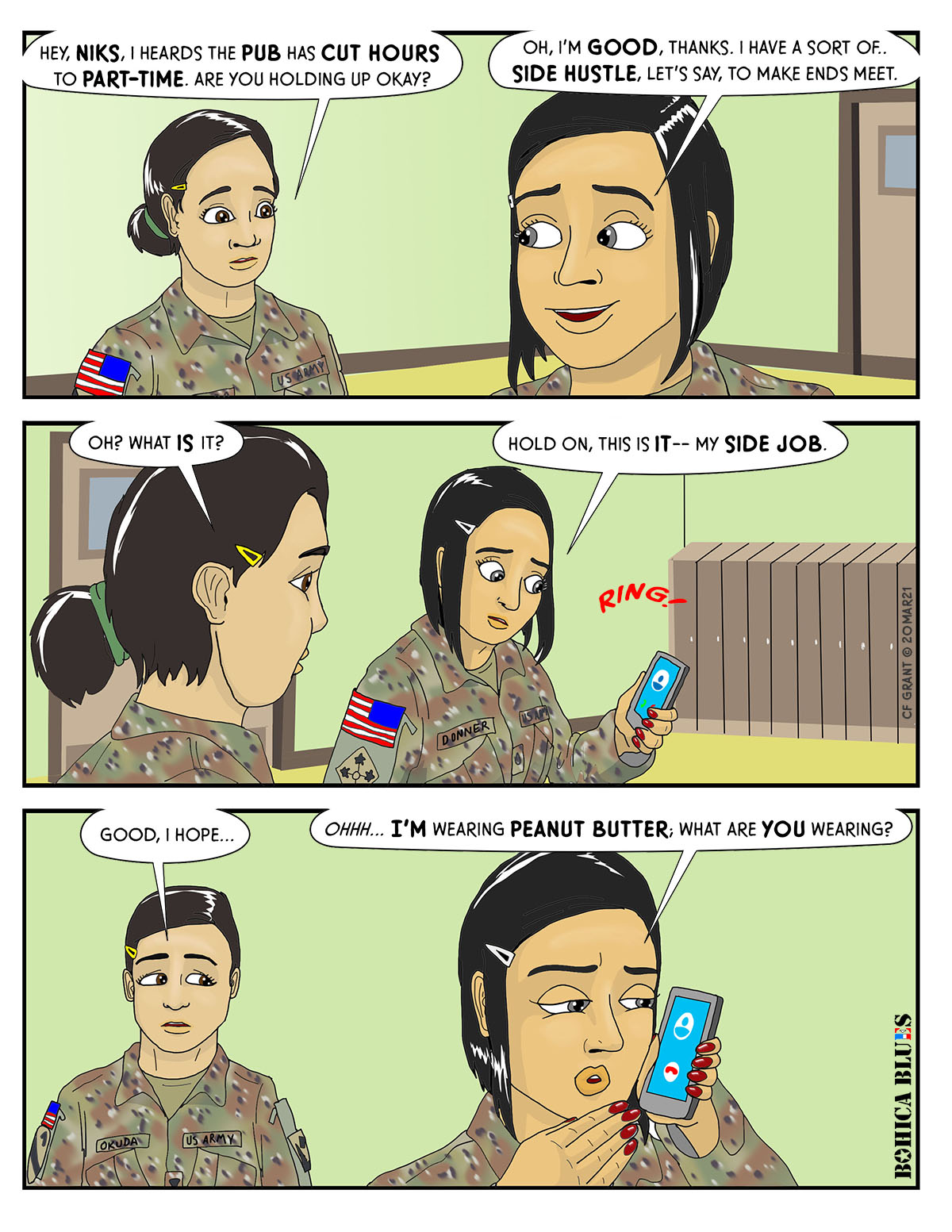 Reserve and National Guard troops frequently have to balance drill schedules and employer issues. Many times a soldier can’t attend certain training or schools due to employment needs. When times are hard, economically, and employment cut back, some soldiers try to jump on extra training days to make up for reduced or missing paychecks (I did this a lot in my 20’s going to college; instead of getting different summer jobs I just filled my summers with AT and special-duty orders).

These days, a lot of businesses have cut back hours over the last year due to the Covid pandemic. Even if there are places or situations where it is relatively safe to go out, many times people would stay away regardless out of a sense of caution. The result of course is that places cut back hours or cut back staff.

Nikki “Niks” Donner is the unit’s cook, and she specializes in baking. She also has a “day job” (actually more of an afternoon/swing shift) at the Liberty North pub & pizzeria in town, owned by Willow Lawrence-Albright, the widow of SGT Philip Albright from the unit (killed in their second deployment to Iraq). The close ties between the members of the 213th Battalion and the Liberty North pub mean that it is “the place to hang out” after drill weekends or when meeting friends off duty. That also means that it is a place where the owner, Willow, has a closer tie to her workers and and customers than might be typical of some small family-owned venues. When business ramped down, she didn’t want to let anyone go but did find herself reducing work hours instead.

The soldiers of the 213th continue to be a source of loyal customers for Willow, so she won’t go out of business any time soon, but she still had to reduce some hours. Nikki Donner has picked up an extra job to make ends meet, and thankfully it is a job that allows for some level of social distancing, despite giving the illusion of a certain level of fake intimacy. However, things aren’t exactly as they might initially seem.