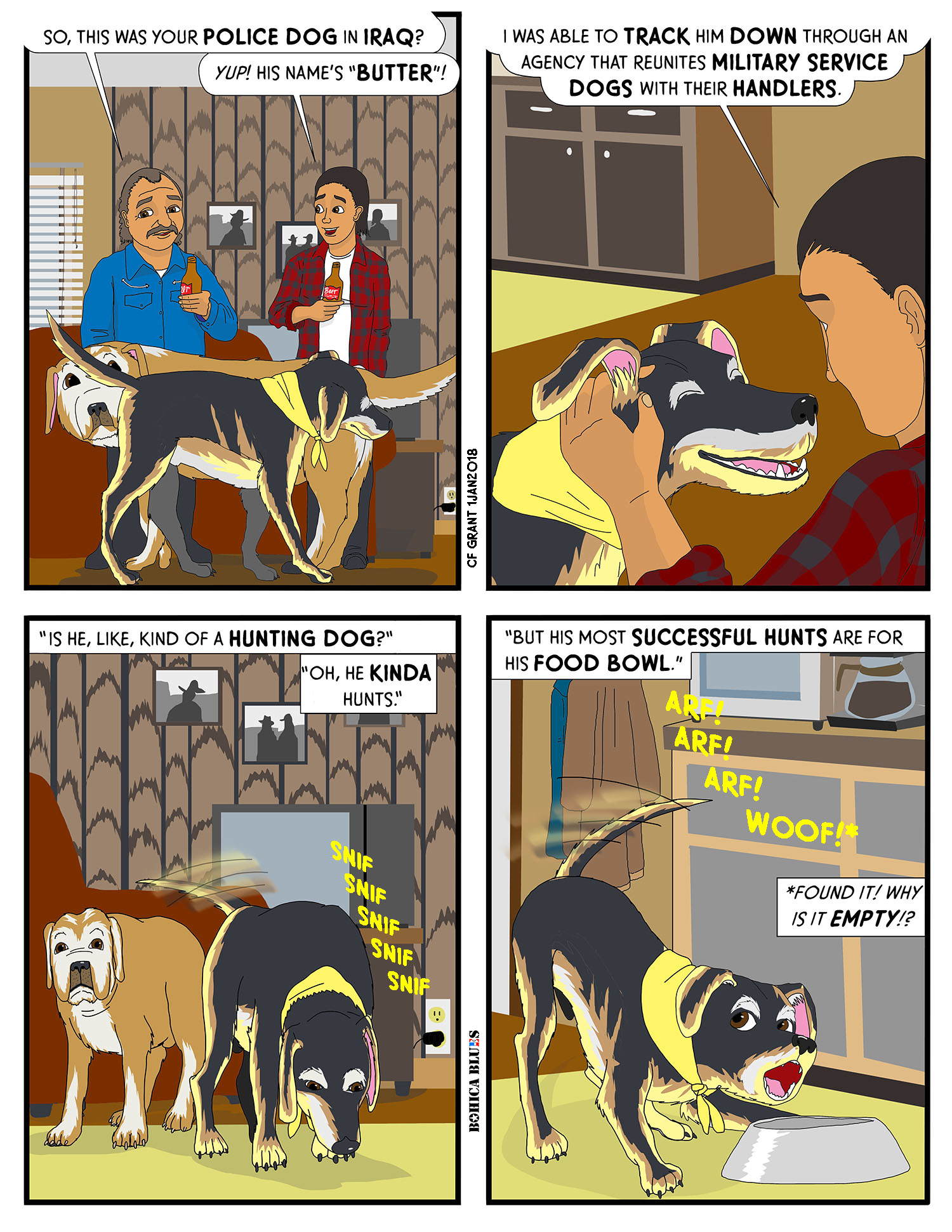 New Year, new home for Butter! Of course he wants to explore his new home, and so that means two important things: sniff the hindparts of the other dog in the room, and then find the food bowl. At least he has his priorities.

Hopefully 2018 brings good things for us all; one thing I will be featuring will be a recruitment drive for the Patreon page. There’s a lot of exclusive content featured there, with more to come. There are up to six different tiers, or ranks, of Patreon support. The lowest rank, Private, gives access to character profiles and all the silly doodles I do when I’m supposed to be taking notes at work or on duty. Sneak peeks of upcoming episodes are also available.

At the Specialist level, I share “BOHICA Blues Downrange!” which features my original BOHICA comics from Iraq, in 2004 and 2005. The Sergeant level will include all the previous perks, and will also mean having your name (or the name of someone you want) featured in the comic when applicable to the comic. And historical old comics from my earliest years will be featured as well, starting in 2018.

Higher tiers, such as Platoon Sergeant, First Sergeant, and Sergeant-Major, include increased rewards and participation in the comic as well as exposure to other projects beyond BOHICA Blues.

Go to the page and check it out yourself… after reading the comic, of course!

And have a Happy New Year!

Join the 213th Battalion at Patreon!