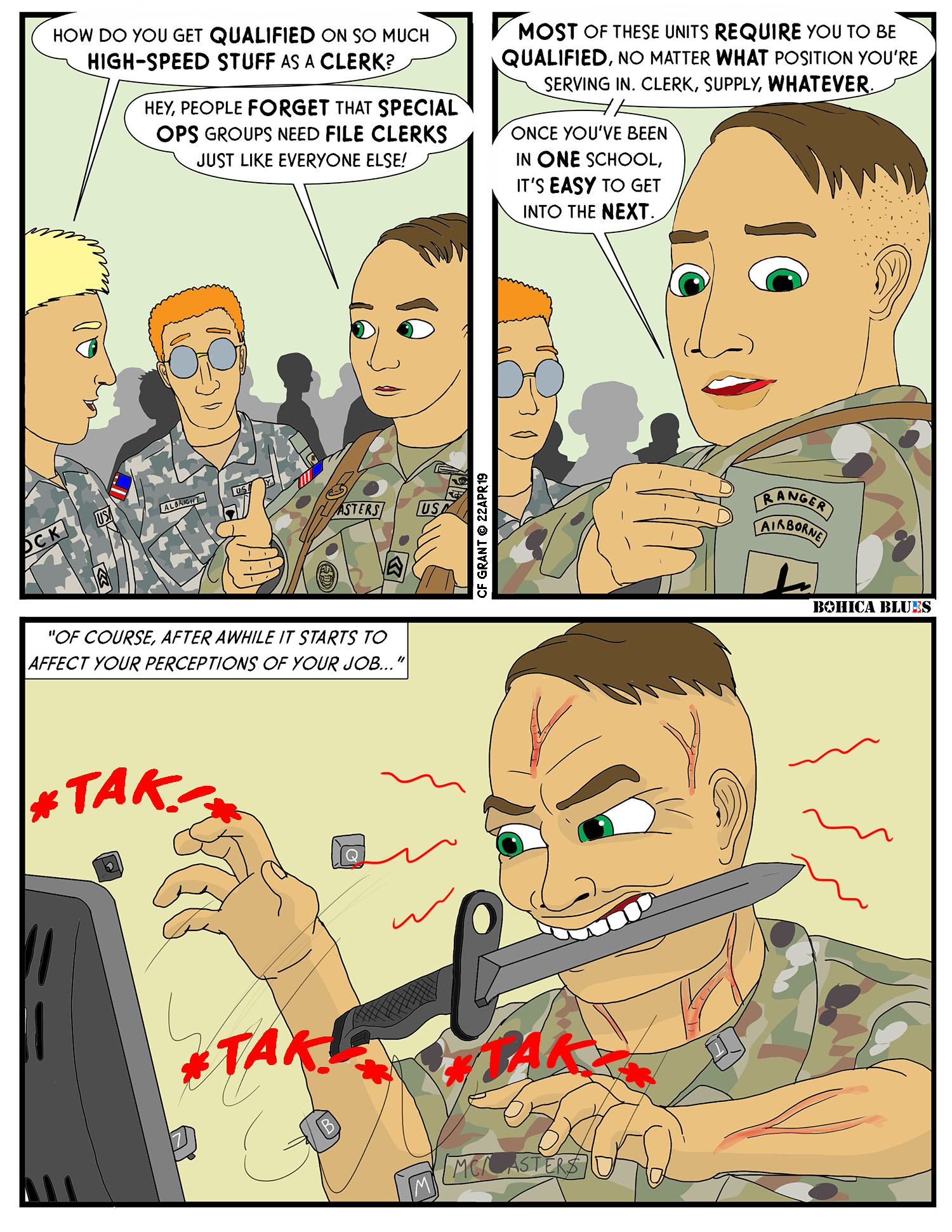 Get intense! Intense! Raaarrrgh!
No, seriously, in a lot of units with special requirements (Airborne, Air Assault, Special Forces, etc) you have to qualify in order to hold a lot of the jobs there. You may be support, but you need to support the troops where they operate.

I found this out a long time ago when I was introduced to a person who ended up being a good friend of mine for awhile before we drifted away and mostly lost contact. I was a recently-discharged line Infantry PFC and he was a Captain in Special Forces and as soon as we met, the first thing he said was, “Before you get all starry-eyed and impressed, just remember that Special Forces need file clerks too”. Basically, he was a Staff Officer, not a “field operator”, but in order to hold the position he had to be qualified (at least, that was the requirements at the time; this was in the late 1980’s/early 1990’s).

I’m also reminded of the character in “Black Hawk Down” who started life as a Ranger but ended up as a clerk-typist because he was the only guy in the unit that knew how to type. Your skills and qualifications can place you on a life course completely different from what you intended.

So McMasters, as I see it, went into the Army as a clerk-typist and like a lot of young guys he went for the cool stuff like Airborne, Air Assault, and Ranger school. This allows him to be a valuable member of these units because none of the field operator guys want to do that stuff, they want to go out and eat snakes and stuff. After getting out, he goes to a Reserve Drill Sergeant unit (they exist and I was actually in one at one point) where it is super easy to get into Drill Sergeant school if you basically just ask for it. As long as there is money in the training & travel budget they can accommodate you.

Of course, there’s the image of Special Ops units being super intense and tightly wound-up, but a lot of it is really just Hollywood imagery. Most Special Ops guys I’ve met have actually been pretty chill. A little weird, but chill.