A Long Time Ago… 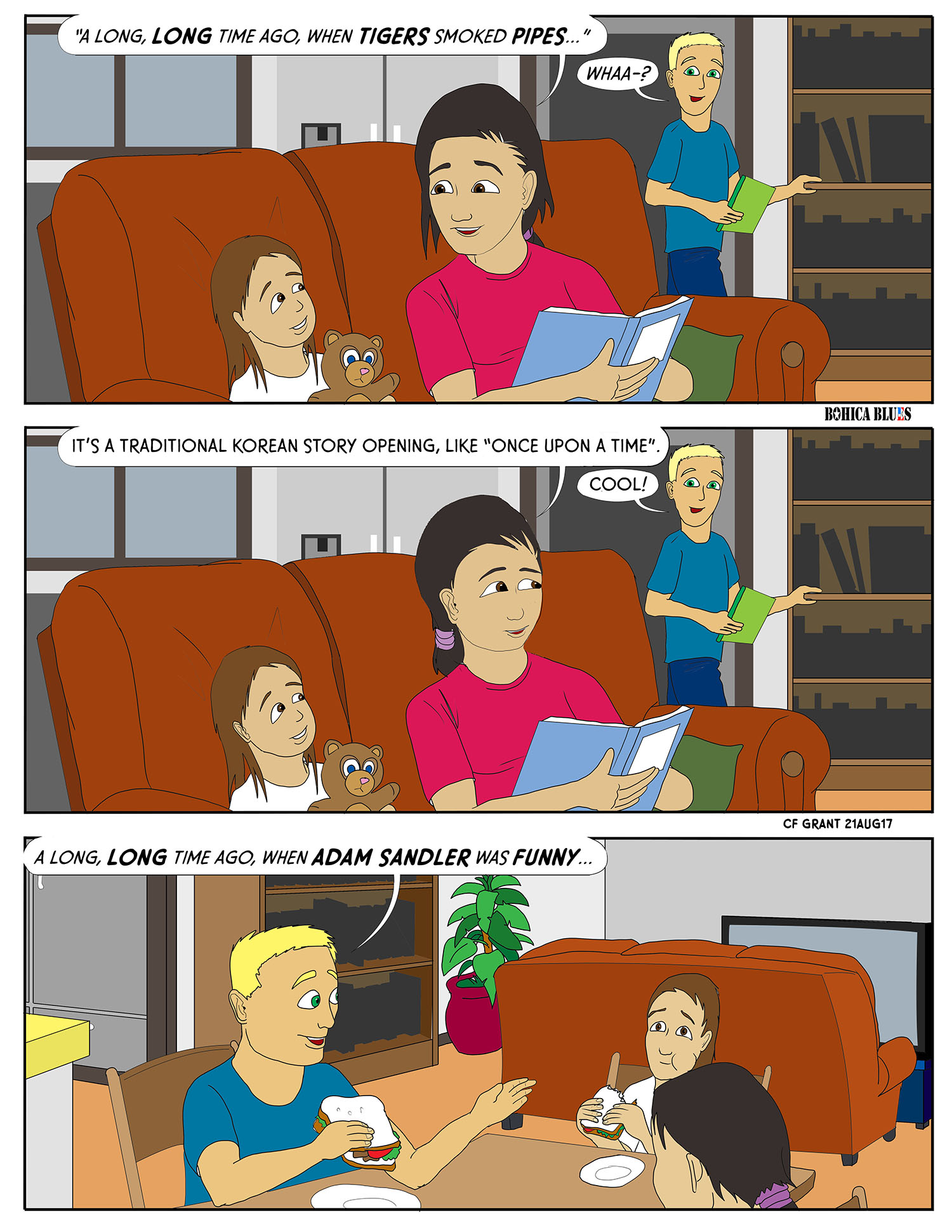 A Long Time Ago…

So, the introduction “A long time ago, when tigers smoked pipes…” is apparently something done to introduce a kid’s story or a folk tale in Korea. I like that; it seems pretty cool. It refers to the Korean Tiger, which was an offshoot version of the standard Asian/Siberian tiger that went largely extinct not so long ago (at least in the Korean wild). Efforts are being made to restore the Korean tiger, so maybe we will see them again.

Apparently, a tiger and a bear were in a dare to become humans, and they had to live in a cave eating only garlic and mugwort for 100 days. The bear was able to do it but the tiger grew impatient for meat and left early, and has been sneaking around the mountains of Korea ever since.

As to when tigers smoked pipes, or why they quit, I am not sure, but either way it is always interesting to hear how different cultures introduce a folk tale or children’s tales. Joe tries to put a distinctly American spin on it, but it will be lost on Hana, who cannot recall a time so long ago; however, she will politely smile and nod her head anyway.

If you’re in the path of today’s solar eclipse, enjoy the celestial show! I know we will be here. I guess eclipses like this happen every few years but mostly are over the oceans. There are dedicated groups of eclipse chasers that go out on chartered ships to see these events; sounds like fun if I had the money.